With the West still reeling from the decision by Encana (ENERGY CANADA) to leave our over-regulated energy sector for the States, and countless Albertans now set to lose their jobs, where was our Prime Minister-elect this weekend? The same PM who promised he's finally listening to the concerns of the West?

He was flying OVER Saskatchewan and Alberta -- on the way to his surfing trip in Tofino... 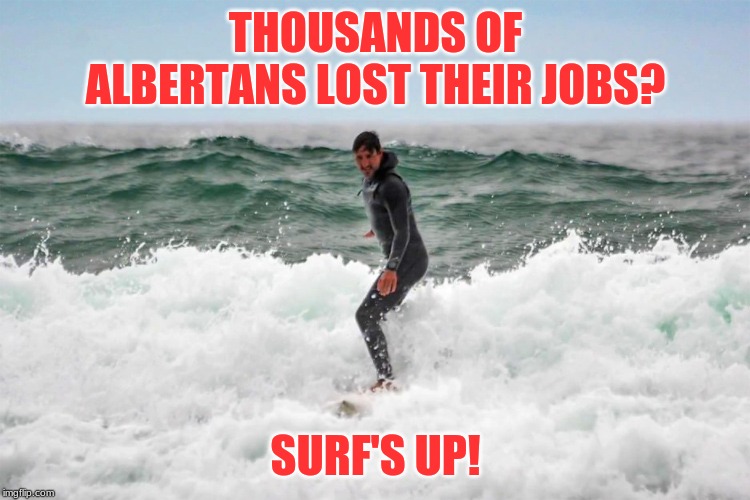 He'd already failed his first trip as Prime Minister, as he stood back and did nothing, and SAID NOTHING, as ENERGY CANADA threw its hands up and moved to greener free market pastures down south.

As we put it on social media this weekend: "If this was Bombardier leaving instead of Encana, Trudeau’s 2nd plane would be air-dropping federal bail-out cheques like aid to a war-torn country, and CBC would be holding vigil in the Bombardier parking lot. But it’s yucky Alberta oil, so, crickets."

Now he's failed his 2nd test as PM -- with his totally tubular, most-excellent surfing trip while a region burns.

And his third is yet to come. Those bipartisan, altruistic meetings he's holding with the opposition parties? He scheduled them for Remembrance Day (!?).

The National Citizens Coalition, and our thousands of supporters are rightly fed up with our "minority" Prime Minister already -- and our call for A New Deal for Canada is gaining steam.

Our Campaign Fellow Spencer Fernando was on Global News last week with Danielle Smith talking about the campaign, the targeted successes of our #TrudeauMustGo initiative, and our plan to represent the West during this time of historic alienation. (Click to listen)

And we need your help.

Trudeau's power may be diminished, but his incompetence still knows no bounds. And, like his father, he's deaf to the concerns of the nation outside his Laurentian-elite bubble.

Our targeted #NewDealCanada ads will be reaching all those impacted by the worst Prime Minister of our lifetime, and then heavily targeted to the Ottawa media bubble to make sure your voice is heard.

Right now, Canada is a nation of taxation without representation. We aim to change that.

Learn more about A New Deal for Canada today, and if you're able, support the campaign with a generous donation today.

We're building up our war-chest to reach as many decision-makers as possible -- and as a non-profit we rely solely on the generousity of our patriotic members.

It's time for A New Deal for Canada. 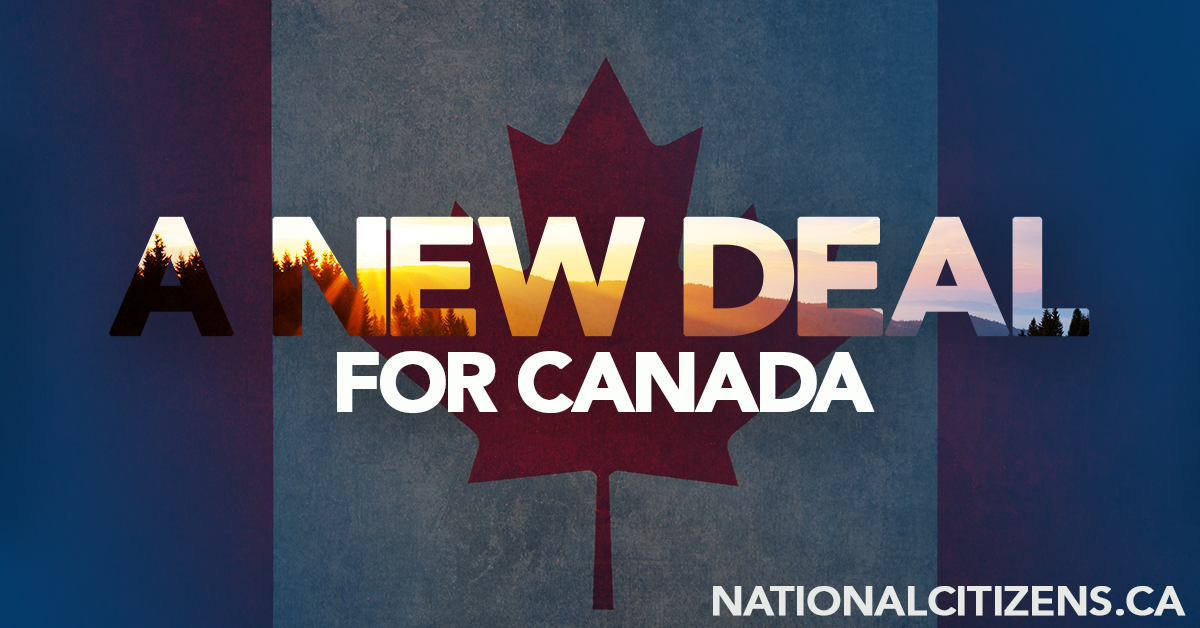