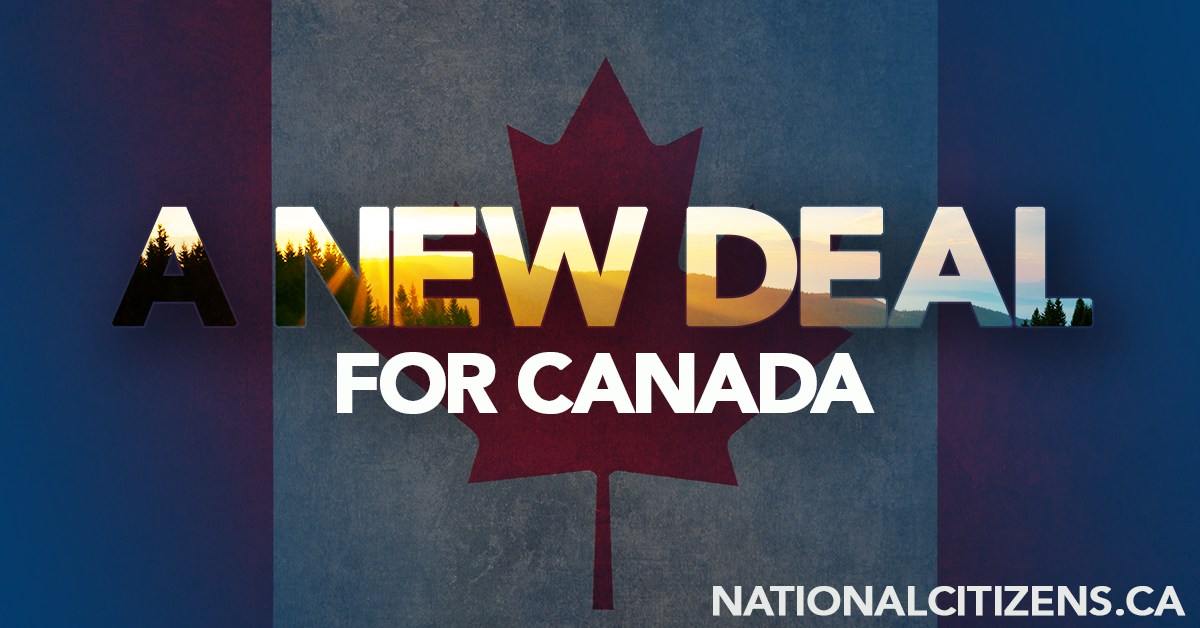 Click to listen to Campaign Fellow Spencer Fernando's interview on A New Deal for Canada with Global News.

The time is now for A New Deal for Canada.

The National Citizens Coalition was proud to play a major role in reducing the corrupt, incompetent Trudeau majority to the weakest, least-popular minority in Canadian history.

Our #TrudeauMustGo campaign trended daily, with ads from our election-winning digital campaign team reaching over a million voters a month in the key swing provinces and ridings, and engagement numbers throttled those of the millionaire, foreign-funded special-interests that were backing the status quo.

We know those targeted ads ended up making a big difference in Alberta, Regina, New Brunswick, and BC.

But, like you, we have major concerns about the electoral map, and the problems it poses for National Unity going forward.

By playing East against West, the Trudeau Liberals were able to cling to power -- even without the popular vote.

And now, with major taxation without representation issues out West, and the 905 again proving far too influential, we face a nation divided like never before.

It would be a mistake to sit around and just wait for this minority government to fall -- especially with a cash-strapped, destitute NDP being nowhere close to election ready.

So we're building off the success of #TrudeauMustGo -- and immediately rolling into our NEW DEAL campaign.

On behalf of millions of alienated Westerners, and taxpayers who don't feel represented by their government, we're making sure that when Parliament reconvenes, your very real concerns about the future of the country don't go ignored.

Here’s what we’re calling on the Trudeau government to do right now:

Build the TMX pipeline, and approve the Teck Resources mine — Never in Canadian history has a government so deliberately sabotaged its own economy for the sake of buying votes in an election. Stop playing games with important national projects, and build pipelines!

Stop the Carbon Tax — This punishing tax is all about buying votes in Quebec and Toronto and has nothing to do with fighting climate change. Carbon emissions have gone UP under Justin Trudeau — must be all the hot air coming from Parliament Hill!

We’re convinced A New Deal for Canada is absolutely needed for national unity. And we’re going to fight to keep this country together with everything we have.

And that's just to start.

Help A New Deal for Canada reach an early milestone of just 10,000 signatures.

16.8k taxpayers have already pledged their names to A New Deal for Canada.