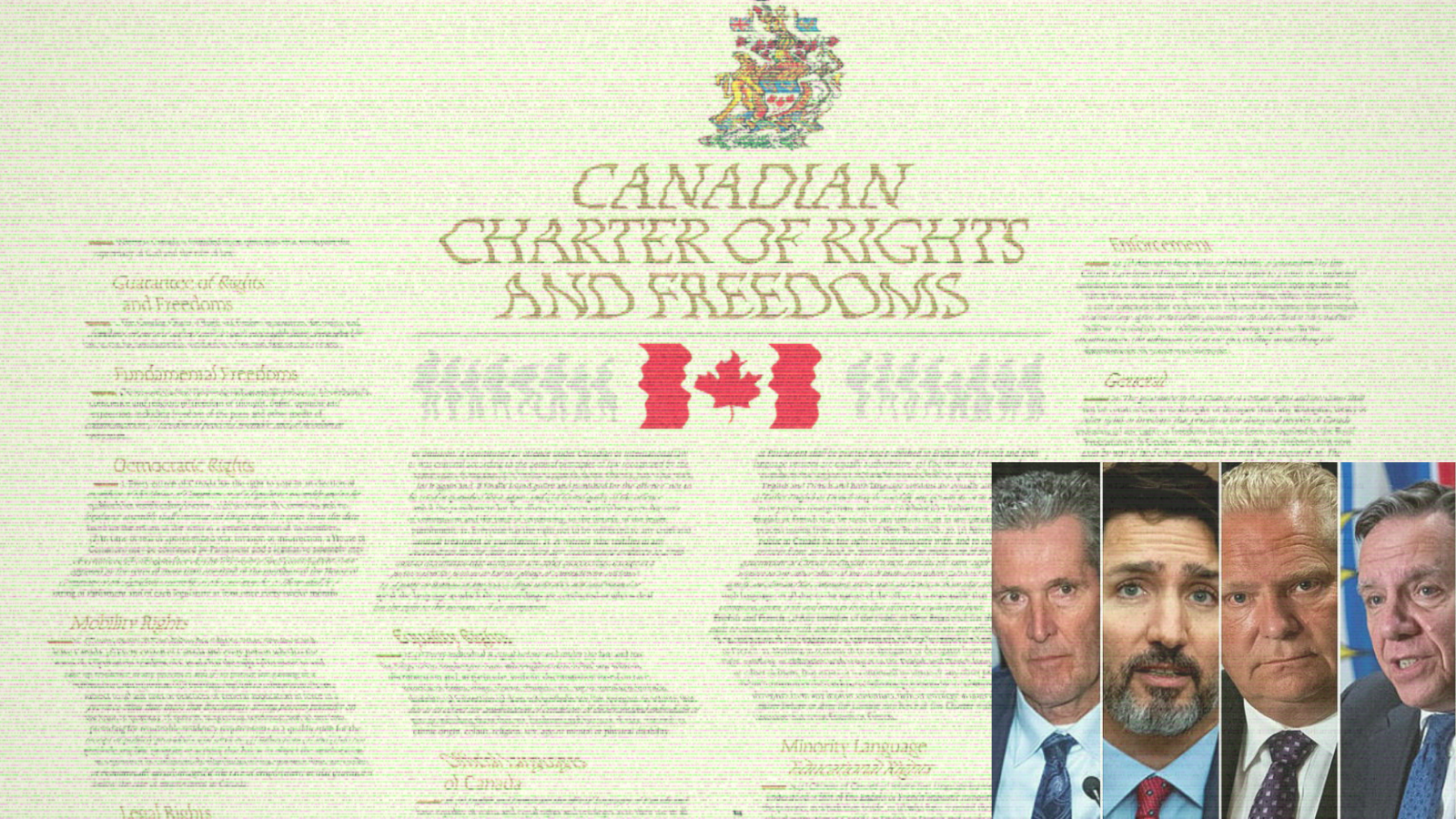 It's a question that must be asked: where do we draw the line?

After a week in which we saw a bumbling prime minister try to cover for his vaccine failures by instituting prison hotels and quarantine centres for Canadian citizens (who are already tested twice, and have the constitutional right to isolate at home), and a sitting conservative premier in Ontario happily cheered along that it was "great to see", we need to be asking major questions of the powers we're giving to our governments, and what it's doing to them.

Like the Canadian Constitution Foundation, we share major concerns for the Charter, after Trudeau's 'unprecedented' and theatrical overreach:

“The federal government’s plan for prison hotels is redundant when put on top of existing requirements. Forcibly confining Canadians at their own expense is an unjustified infringement on our fundamental mobility rights. If the concern is over the new COVID variant, the government has already failed to keep the variant out of Canada. Subsequent pandemic theatre that violates our constitutional rights will not make up for that failure." (Link to the CCF's statement.)

And that's to say nothing of the private security contractors who will be going door-to-door on behalf of the federal government, while the Liberals themselves are already going door-to-door campaigning. (Shameless Seamus O'Regan has already started.)

That's right. "Stay home, stay away from loved ones, stay out of work, stay at this $2000 prison hotel. Snowbirds, don't go down south for sun, and sanity, and even a vaccine months before we can find you one -- but oh, don't mind us door-knocking for votes."

We're used to paying for Justin Trudeau's failures -- but never like this. And if ordinary Canadians don't draw the line now, we'll be doing this open/shut dance again in 2022, complete with all the same collateral damage, and Trudeau will be re-elected and rewarded for all his theatrics and pandemic-profiteering.

It's well past time to safely reopen Canada. If cynical, hyper-locked down Democratic states in the U.S. can immediately begin reopening after their preferred election result, Canada's premiers can easily 'greenlight' responsible roll-backs of evidence-free small business measures, in anticipation of a hopeful and prosperous spring.

Justin Trudeau doesn't like that idea. He would rather keep you locked up, government-dependant, and compliant in order to win re-election. And sadly, it appears some premiers feel the same.

That cannot be the Canada we choose to live in. This has to be where we draw the line.

Tend to agree? Join the thousands who have signed the Safely Back to Work campaign.