Did you see yesterday's bombshell comment from Doug Ford? He said that if elected Premier of Ontario he will fire the $6.2 million-a-year Hydro One CEO, along with the entire Board of Directors.

Drastic? Sure. But it's resonating with hard-working Ontarians that have been preyed upon by Ontario's corrupt hydro file for too long. We have polled hundreds of taxpayers on Facebook and Twitter and the results speak for themselves.

With a majority of Ontarians agreeing that it's time we clean house when it comes to corrupt hydro in the province, and the sentencing of a former McGuinty Chief of Staff to four months in prison for destroying the evidence in the gas plant cancellation fiasco, this week has been a nightmare for Premier Kathleen Wynne.

With just under two months to go until election day, help us make this Friday the 13th an even bigger nightmare for Wynne! Donate today to our Vote for Change campaign, and help support our efforts on billboards, radio ads, and digital media leading up to June 7th. 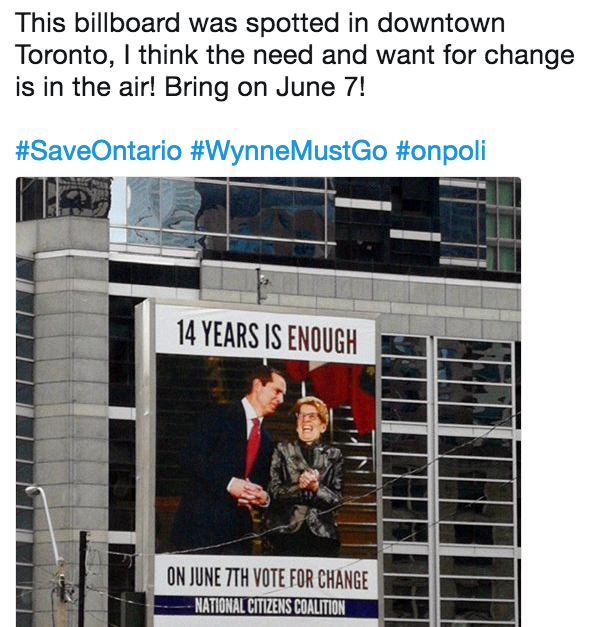 It's time for a little Spring cleaning!