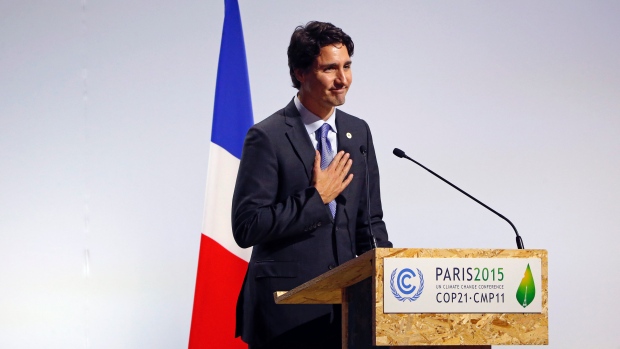 Sinking poll numbers, a laughable social-justice budget, and now a federal energy crisis. It hasn't been a good few months for Justin Trudeau. His serious lack of leadership has now ground the Kinder Morgan pipeline project to a halt. After years of kowtowing to Paris, Davos, and the green elite, his contempt for Calgary and Fort McMurray has always been clear. But now, after failing to get involved as a weakened BC NDP government (propped up by just 3 Green Party seats) has taken the country's energy sector hostage, we've entered a full-blown crisis of his own making.

As Rex Murphy rightly points out, when it comes to Trudeau and McKenna, our two fabled climate crusaders: "If the Trans Mountain pipeline had been given one-hundredth of the publicly voiced support the Liberal climate duo gave to their deep hearts’ concern over tendentious global warming, we would not have had the Sunday announcement."

And all of this was part of their grand bargain to Canadian taxpayers. "We'll give you your disgusting pipelines, but only if you take this magical Carbon Tax." Now, with no pipelines to speak for, isn't it time we call for a suspension to the Carbon Tax as well?

With that shameless cash-grab now in serious danger starting June 7th in Ontario, and a country waking up to his lack of leadership on issues ordinary Canadians actually care about, these next few months are only going to get worse for our climate crusader.

If Ottawa has neither the will or the interest in standing up for Canada's energy sector, then it's on us!

Help support the Stop the Carbon Tax campaign today, and share the petition with your friends!