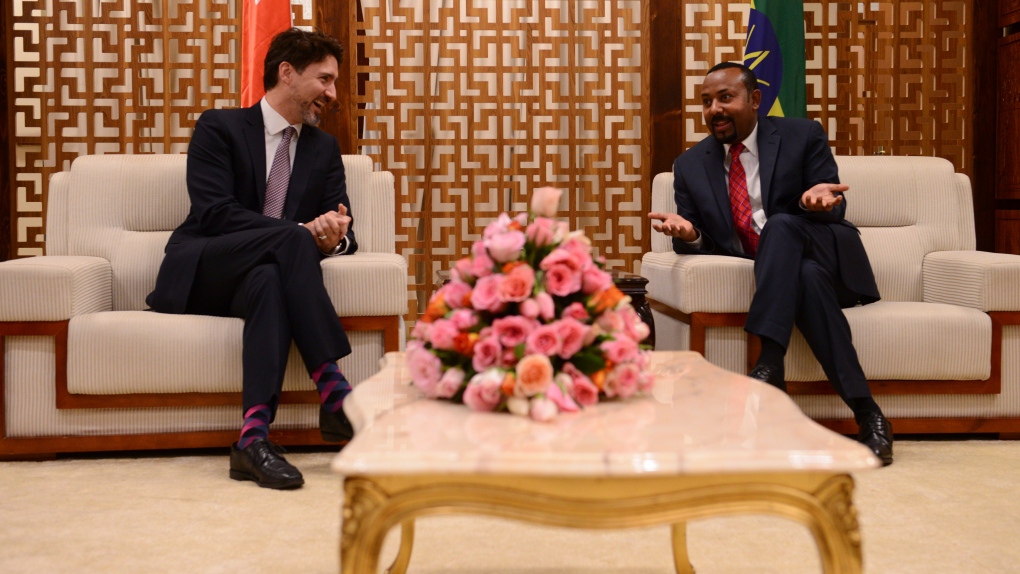 And, while Canada burns -- with our infrastructure paralysed by just a few dozen professional protestors -- we'll never forget that during it all, our minority Prime Minister was glad-handing overseas with human rights abusers, giving them millions of our tax dollars to win himself a temporary, ceremonial UN seat that none of us ever asked for.

Now in Germany -- before the sandy beaches of Barbados next week -- he has time for vacation, and conferences on climate change and gender equality, but zero time to condemn and intervene in the dangerous, foreign-funded protests that are in direct contravention to our way of life, and the legally-binding, First Nations-approved Coastal GasLink pipeline.

Rick Peterson put it best, "Thoughts and prayers from the Trudeau government aren't going to remove the illegal #ShutDownCanada blockades. Canadians need to get to work."

The rule of law is a fundamental pillar of our democracy. Whether Justin likes it or not.

And part of being a leader is showing strength. Whether Justin likes it or not...

We simply cannot let this get worse.

All hope for our gallivanting, less-than-serious Prime Minister might be lost. But there are still people to lean on at home.

And help the National Citizens Coalition signal-boost this message, by chipping in just $20.20 in 2020.

Chaos has come to Trudeau's Canada.

If he has no interest in leading. We need to do it for him.