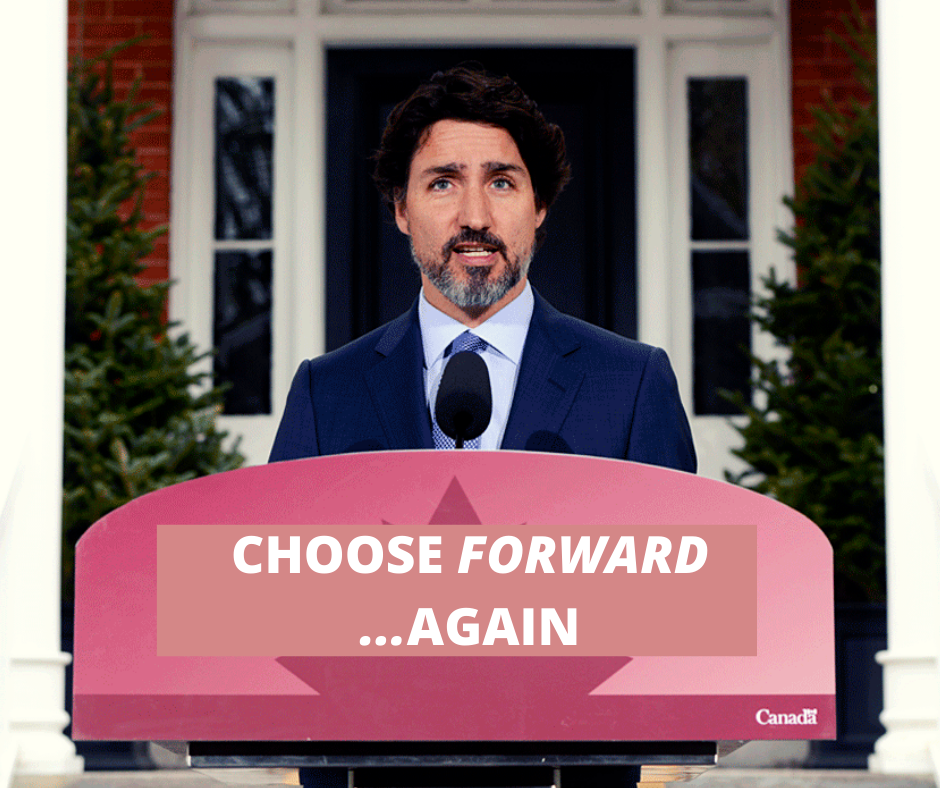 You probably have the same sneaking suspicions.

His friends in the corporate press won't talk about it, but it's become increasingly clear that Justin Trudeau is in full campaign mode.

He's making campaign stops in factories, and even finding time for a commencement speech, but still finds parliamentary democracy and oversight too dangerous.

His morning shows on the steps of Rideau Cottage have been nothing but a cruel farce from the beginning.

His party is even circling the wagons, and covering up violent crimes committed by members of caucus.

And his continued refusal to release any kind of fiscal update, despite constant harrassment from his own PBO and every opposition party, and in spite of painful, unnecessary small-business lockdowns, and hundreds of billions in unchecked spending, tells you that something really is up.

And now, our top strategists, and leading economic minds are starting to sound the alarm.

With his popularity temporarily-buoyed by support from daily vote-buying, and a healthy portion of the population who have been so scared by relentlessly-negative, inconsistent, and misleading messaging on COVID-19, the opportunity is there for him to call a snap election in the fall.

And if we allow him to succeed? The bill for his amateur, unserious, reckless spending comes due even sooner than expected.

Think brutal, historic tax hikes, and not just for the rich. Think an immediate estate tax. Personal income tax over 58%. And a GST hike.

With his efforts to strangle parliament proving to be a success, third-party organizations like the National Citizens Coalition are more important than ever before. We reached tens-of-millions during the last election, and helped turn the tide with targeted ads in key swing ridings.

We need to be ready for absolutely everything. This is a man who will say anything, and do anything, to get what he wants. He's skated on SNC, blackface, the Aga Khan, "experiencing things differently", and every other moment of controversy in his sheltered, privileged life.

We can't let him skate on the ruination of 150 years of parliamentary history, and his shameless COVID-profiteering.

Help us get ready for anything.