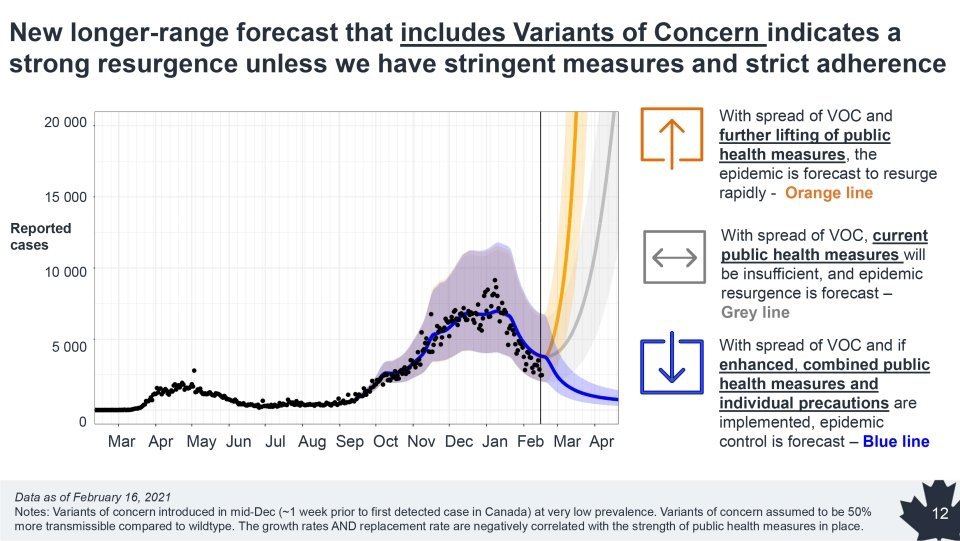 Enough with the fearmongering.

Yesterday should have been a day for optimism. Faced with downward trends across the globe, and news of responsible 'reopenings' happening all around us, Canadian officials instead chose to double-down on previously unseen levels of fear and hysteria.

Dr. Tam’s 'rocket ship' modelling (which showed a sudden, impossible rise in case numbers) is so inaccurate and obscene that top scientists, doctors, and public health officials across the country have been left scratching their heads, and even previously gun-shy politicians are now wading into the fray and asking questions in committee.

Our top epidemiological minds have called it "the worst public health response in history."

Critical care doctors are saying "we have to stop doing this, there's no accountability."

The work is, at best, utterly divorced from reality and global trends, appearing to exist solely to be used as an excuse to extend restrictions well into the spring, and potentially even expand government punishment and control over the Canadian people.

And what are we guilty of, exactly? If you read between the lines, it's because we decreased our numbers too quickly for big government's liking.

We're not on their schedule, so they want to send us back into lockdowns.

That's not good enough. They're supposed to be working for us. Not the other way around.

The undemocratic and illogical obsession with governing based on 'what if' instead of 'what is' needs to end, and you shouldn't be punished further for Trudeau's failures, or because of largely unfounded hysteria surrounding 'U.K. variants'.

We're getting out of this, together, and often in spite of government restrictions. That's what the science and the data actually tells us.

With shots and rapid tests (finally) being administered in Long-Term Care, it's time for Canadians to tune out the fearmongering, and tell our officials to 'greenlight' a hopeful and prosperous spring.

If we allow government to take even more, without any shred of evidence that it will do any good, we start to lose the kind of rights we won't get back. And our businesses, our children, and our greater public health will suffer for it.

Here's to the continued fight for hope and common sense. It's time to stop the fearmongering for good.

Alexander Brown is a writer and politico living in Toronto, Canada. He is the Communications & Campaign Manager for the National Citizens Coalition.