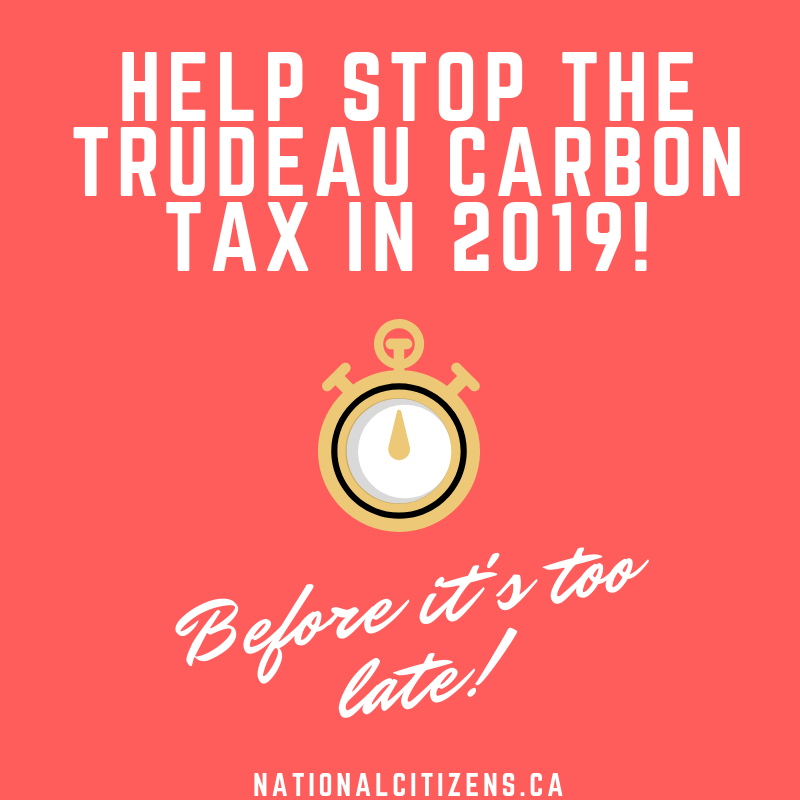 Canadian taxpayers and businesses are under assault by new plans to implement carbon taxes. Our elected officials may try to dress it up as a "regulation" or a "cap-and-trade" system, but make no mistake this recent policy trend threatens to be one of the largest tax grabs in Canadian history.

At the federal level, Prime Minister Justin Trudeau has announced the move to force his divisive, unpopular carbon tax on all non-compliant provinces. This is an issue that has divided the country, and opposition to this flawed carbon tax plan has helped decide provincial elections.

A national "price on pollution" will be imposed on Ontario, New Brunswick, Saskatchewan, and Manitoba. And you'd have to think Alberta under Jason Kenney will be joining those ranks in 2019 as well.

Leading economists estimate that it will add billions of dollars to the cost of doing business in Canada. This is on top of increased costs for consumers for transportation, home heating fuel, and other utilities.

We already know this government is more interested in kowtowing to the elite in Paris, and treats doom-and-gloom UN reports as dogma -- all to the detriment of Canada's energy industry, and your wallet.

So how are they trying to sell this to taxpayers? A rebate, of course. Never mind that it's our own money.

And ask yourself, do you really believe this government will give back more than it takes away? And how high will this "price on pollution go?" $100 a tonne, $200 a tonne? $500? That same UN report suggests it reaches over $5000!

Jason Kenney and Doug Ford have announced that they will join in supporting Saskatchewan in the court challenge against the Trudeau government and their forced carbon tax.

All across the country it seems Trudeau and the Liberals are losing their allies in the carbon tax scheme. They can try all they like to dress it up as a "price on pollution" or a "climate action incentive!" Taxpayers see it for what it is … a revenue grab and nothing more.

With your help we can get the message out. We will use radio ads, billboards, and online petitions to say no to Justin Trudeau and his cash-grab carbon tax!

WE the undersigned are determined not to see carbon taxes implemented in Canada at the federal or provincials levels. These expensive taxes will cost Canadian jobs and increase taxes for hard-working families. And before signing below, take a listen to our Stop the Carbon Tax radio campaign ad, appearing on the airwaves thanks to your support.