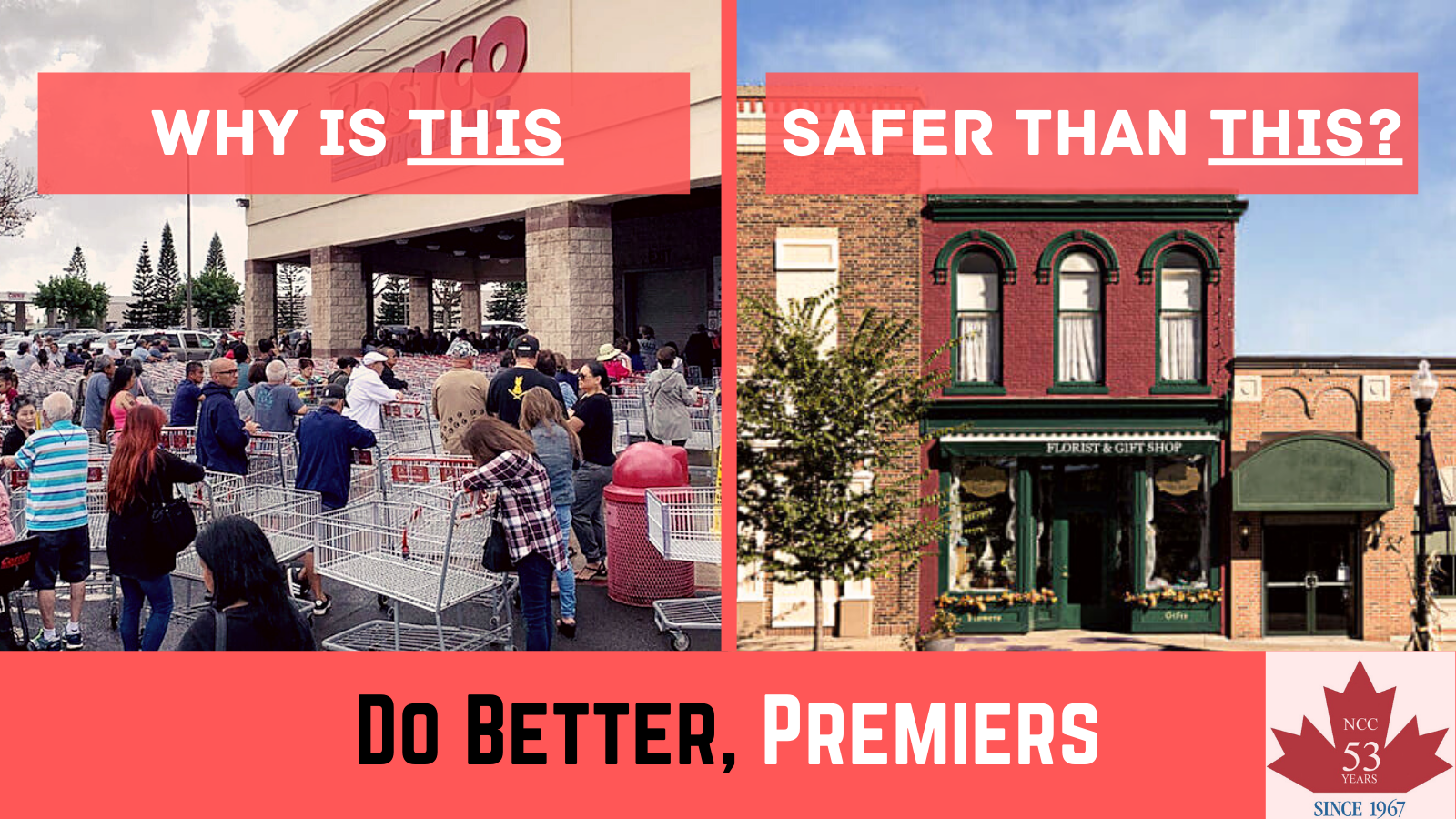 On Friday morning, we sent out a press release that ruffled a few feathers.

The headline? "We're one of Canada's oldest conservative organizations, and Doug Ford and Brian Pallister are way out of line."

We stand by that message even more so now -- especially after the Premier of Ontario dropped the hammer on all small businesses, gyms, and restaurants in the GTA (without evidence of community spread), while continuing to allow the big box stores to flourish.

That's right, 200 in line at Costco, and 100 inside a Walmart is still "safe", but, for example, 1-2 customers in a hyper-compliant independent store is now an absolute no. It's the kind of news that's leaving small business owners defeated, and in tears before the holidays.

Even the normally-reserved President of the Canadian Federation of Independent Business has called this move "disgusting."

"These deepening small businesses restrictions, without evidence, are politics playing science, and are doing nothing to actually protect those at risk," says NCC President Peter Coleman.

The media fear-mongering, the government blame game, and the over-reliance on misleading PCR positives, and apocalyptic modelling simply must stop. Canadians deserve better.

We all deserve a scientific, rational, balanced approach to dealing with a now-endemic virus that we have the measure of.

So we're going to keep fighting for them with all that we've got. And we're not afraid to criticize 'conservatives' when we, and our members, feel that they're out of line.

If you're with us, we'd be happy to have your financial support or even just your email. We have a big few weeks of advocacy and campaigning ahead.

(And if you think these measures are justified, that's OK too. But we're going to keep working hard for this 93.8% below, and in saner times, we'd love to have you back.) 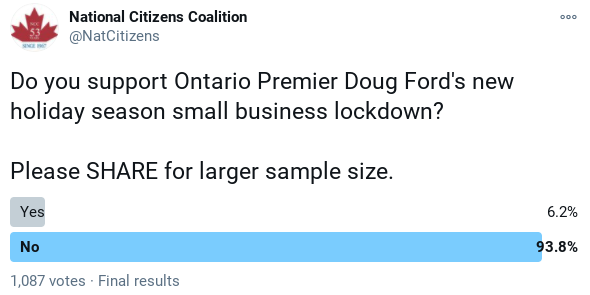 Here's to the continued fight for hope and common sense.

Founded in 1967, the National Citizens Coalition is a pioneering Canadian non-profit and taxpayer advocate, with a message of "More Freedom Through Less Government."