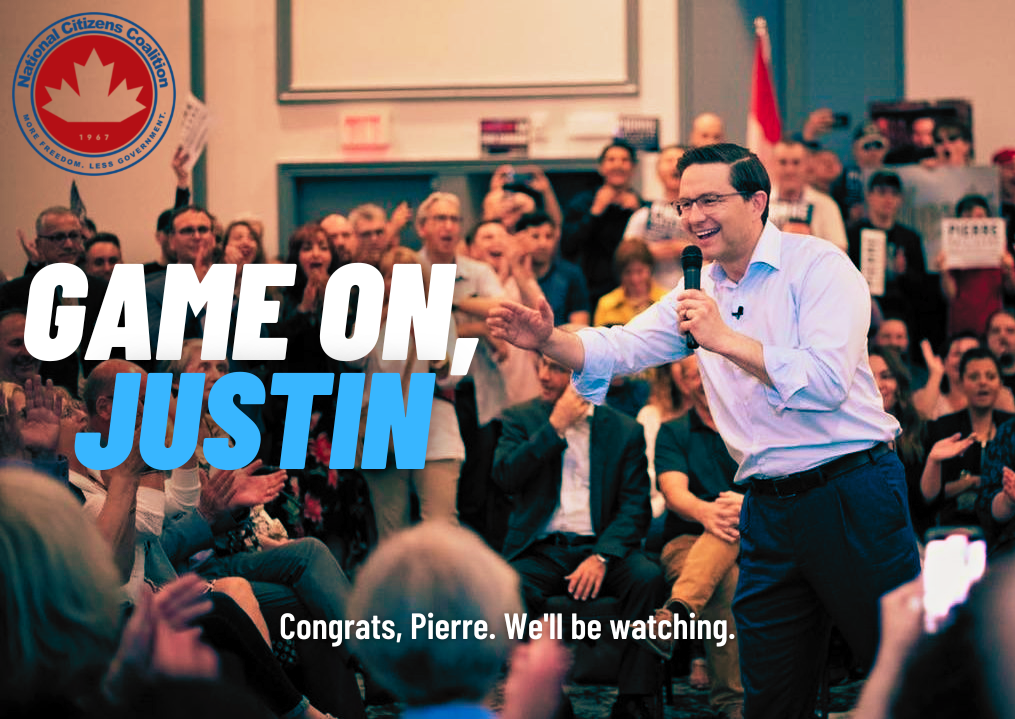 After months of hard-fought campaigning, unprecedented crowds, and oh-so-many Liberal-media meltdowns, Pierre Poilievre has emerged on top of the Conservative leadership race after a resounding, well-deserved victory.

Working Canadians are being made to fall behind like never before, and are deserving of far greater than a deeply divisive minority regime that continues to show an utter disregard for very real priorities like rights, freedoms, housing, energy, and affordability.

The National Citizens Coalition, Canada's longest-serving political non-profit, wishes to congratulate the Conservative leadership candidates who shared that tireless vision to hold Trudeau's increasingly authoritarian and out-of-touch Liberal government to account, and thank them for their efforts.

But there's no way around it: Pierre Poilievre is the right man for this moment, and has been for some time.

Gone should be the days of taking advice from columnists and politicos who want you to lose. And we will be pushing the Conservative Party of Canada to grow that "big blue tent," while also staying true to principles that have at times been abandoned by strategists who should know better.

So congratulations, Pierre. And game on, Justin. With the House resuming next week, we all need to be up for the fight for Liberty Again, and for More Freedom, Through Less Government.

This is the moment to push. Help the NCC reach millions with grassroots-leading small-c conservative ads and campaigns that make a difference.

We're now just $7800 from reaching our Fall Readiness Fund goal, and we need to supercharge our efforts in the fight against Justin Trudeau.

If you're presently able, click to chip in whatever you can afford.