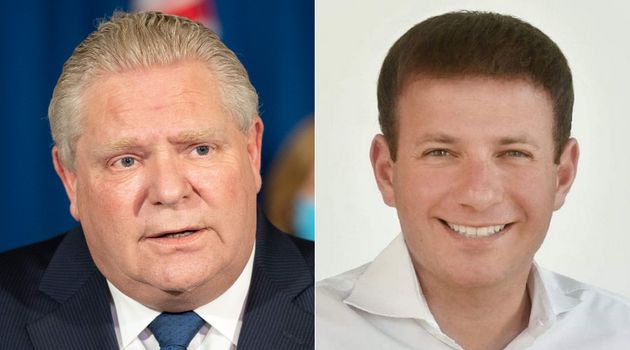 Late yesterday, Ontario legislators voted against reducing their pay to CERB levels, while instead having a laugh and passing a motion to reduce the salary of MPP Roman Baber, the man who introduced the bill.

To say this is an insult to small business owners in the province (and all provinces) would be an understatement.

Baber, who was previously ousted from caucus for joining the growing list of MPPs who are questioning the continued impacts of often evidence-free and collateral damage-inducing shutdowns, was trying to finally level the playing field between hard-working Canadians, and the politicians who continue to restrict lives and livelihoods.

He wanted us to actually be 'all in this together' for a change.

Dr. Matt Strauss, a critical care specialist and journalist, who will be seeking a Conservative Party nomination in Kitchener -- and who has provided tireless, evidence-based advocacy in the fight against societal harms being brought upon by shutdowns -- called it "extraordinarily shameful."

I called it "a total collapse of leadership." And today, I stand by that statement.

The plight of ordinary Canadians is deserving of real sympathy. And yesterday, there was even a hope for creating empathy. Instead, we're left with a divide between the 'lockdowners' and the 'locked down' that feels larger than ever before.

Canadians have been suffering for nearly a calendar year under heavy restrictions, while those giving the orders have never missed a bloated paycheque.

Do better, premiers. You're expected to be the adults in the room when dealing with Justin Trudeau.

If you can't support a better public health balance that allows for your people to live their lives and safely earn a living, you chose the wrong line of work.

Perhaps try opening up a small business instead? Maybe then you wouldn't find this all so amusing.