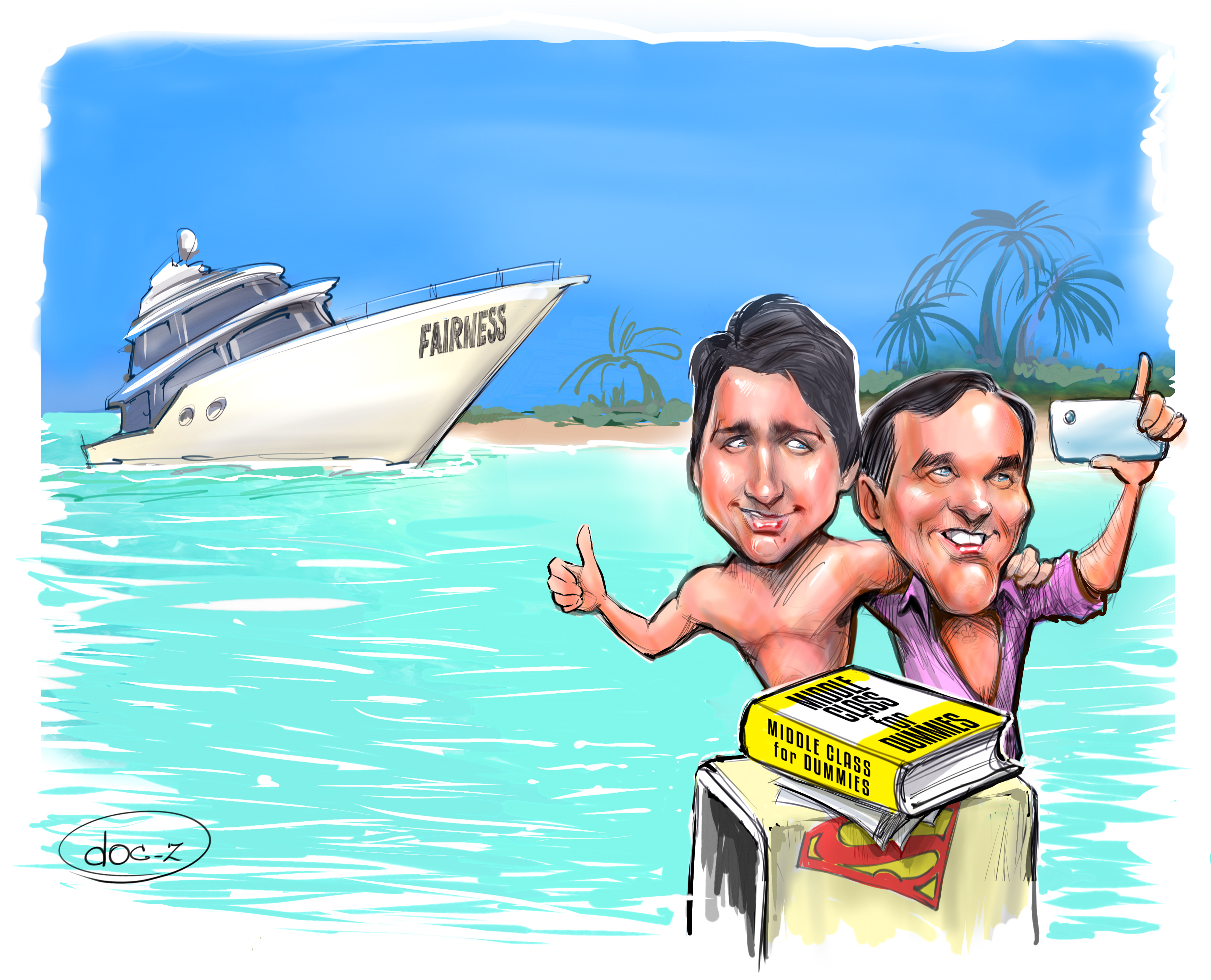 "Bill, can you believe these polls? Have they forgotten how middle class we are?"

Imagine yourself one year from today, and Justin Trudeau’s power is reduced to the leader of a minority government, or maybe he is even thrown out of office altogether!

Would you feel better about the future of your country? I think you would. A lot better! In the exciting year ahead, you and I have the opportunity to help make these changes happen.

Thanks to your support, the National Citizens Coalition is entering its 52nd year as Canada’s champion for free enterprise, lower taxes, and strong national defence. The strength of our voice is entirely dependent on the loyal support of our members. For that, I thank you, and I am now asking you -- if you have not already -- to lend your support for 2019, an election year that will serve to define the very future of our country.

Justin Trudeau and his oil-hating friends are concerned about the end of the world. Many Canadians are simply worried about the end of the month. Trudeau’s complete lack of competence with the TransCanada pipeline cost Canadian taxpayers $4.5-billion – and more if the project ever gets started. The lack of urgency in getting regulatory reviews completed is appalling. In 2019, the pipeline needs to get built. Trudeau’s personal disdain for Alberta and Albertans is shocking.

His failure to build pipelines, his forced carbon tax against the will of both taxpayers and provinces, his false promise that he would balance the budget, and his claims that our veterans were “asking for more than we can give” have infuriated Canadian taxpayers. Yet Trudeau cuts multimillion-dollar cheques to convicted terrorists and his celebrity causes on Twitter. Each of these reckless and intentional decisions point to his utter lack of respect for hard-working Canadians.

Make no mistake - buoyed by a fawning national media, union bosses and taxpayer-funded special interest groups, Justin Trudeau will be hard to beat. That’s why on December 5th we announced our #StopTheTrudeauMajority campaign. If his opponents fare well in the 2019 federal election, Trudeau will lose. But if he doesn’t, at a minimum we must reduce his power to a minority government. So the NCC will target digital ads in key swing ridings. If we can help flip just 13 ridings from the Liberals, there goes his majority.

It’s more important than ever that organizations like the National Citizens Coalition leverage social media for positive change, and this campaign will help us do just that. With over 350,000 Canadians viewing our Facebook and Twitter each month, and over 100,000 likes, comments, and shares coming our way in November, taxpayers are engaged with us like never before!

If you haven't already, we hope you'll lend your support today with a generous donation.

We can't afford to give anything but our very best in 2019. Canada is counting on you!