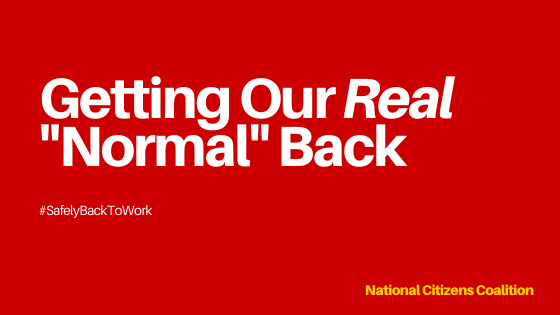 As the first third-party organization in Canada to question the dogma of total lockdowns, a stance that was proven correct in the days and weeks to follow, we were prepared to take a little heat on behalf of the thousands of our supporters who were suddenly at risk of losing it all.

Then something unexpected happened: the majority of hard-working taxpayers agreed with us.

Outside of a doom-and-gloom media, dour public officials, and the splashy headlines designed to scare you, the real Canada is OK with respecting healthcare guidelines, and then assuming a little risk as they work towards reclaiming not just some "new normal", but our real normal.

And why wouldn't they?

Together, we flattened the curve within weeks. Our ICUs sit empty. And since we started tracking the virus, less than 5000 Canadians have been hospitalized for COVID-19 in a nation of 38 million.

The outright disinterest on the part of our federal government in securing our borders in a timely manner, and then the laundry list of private, municipal, and provincial bodies who failed to isolate and focus on our long-term care homes -- where over 80% of deaths have taken place -- is now the real story of COVID-19.

And as uncomfortable as it may be to say, for the vast, overwhelming majority of the population, the ruinous mental, physical, and economic impacts of our government lockdowns has been far worse than the virus. It will take decades to make up for the economic damage caused by certain risk-averse premiers, and a federal government that has disgracefully profited from lockdowns like no country except their "basic dictatorship" pals in China.

And now, Ontario is even extending its emergency orders by another 28 days. A move that will have little-to-no impact on public health, while serving as a death sentence for countless small businesses. And a move that positions the province to be one of the last regions to re-open in the entire world.

With some of our provinces now struggling to work "for the people", and a federal government that has thrown out 150 years of parliamentary tradition by cutting a dirty deal with the NDP to avoid four months of accountability, organizations like the National Citizens Coalition are more important than ever before.

If Trudeau has no interest in getting back to work, and our public officials are perfectly happy hand-waving thousands of shoulder-to-shoulder protestors, but not a few people sitting on the patio of a local restaurant that won't be able to pay the rent in July, something has gone very, very wrong in Canada in 2020.

Together with our favourite independent conservative politico Spencer Fernando, we're reaching over a million Canadians a month with advocacy on behalf of those who need to get safely back to work, and we're working to expand our advocacy and to help signal boost the businesses that need help the most.

But in order to do that, we need a little help. We know times are tight, but if you're able, pitch in what you can today to help us pick up the slack left behind by the public officials who locked Canadians down, and then abandoned them in a time of need.

Together, let's continue to get Canada safely back to work. 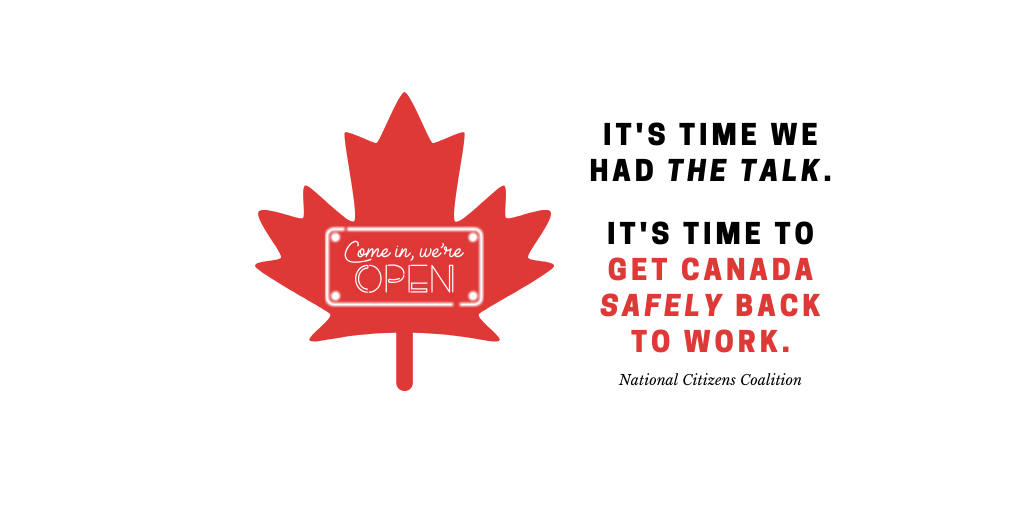