OPINION: The Leader We Thought We Knew

If Doug Ford wants to give the conservative voters who supported him in 2018 any hope for the future of Ontario, he should use his June 'reopening' dates to inform his cabinet and his caucus that he will not seek re-election. 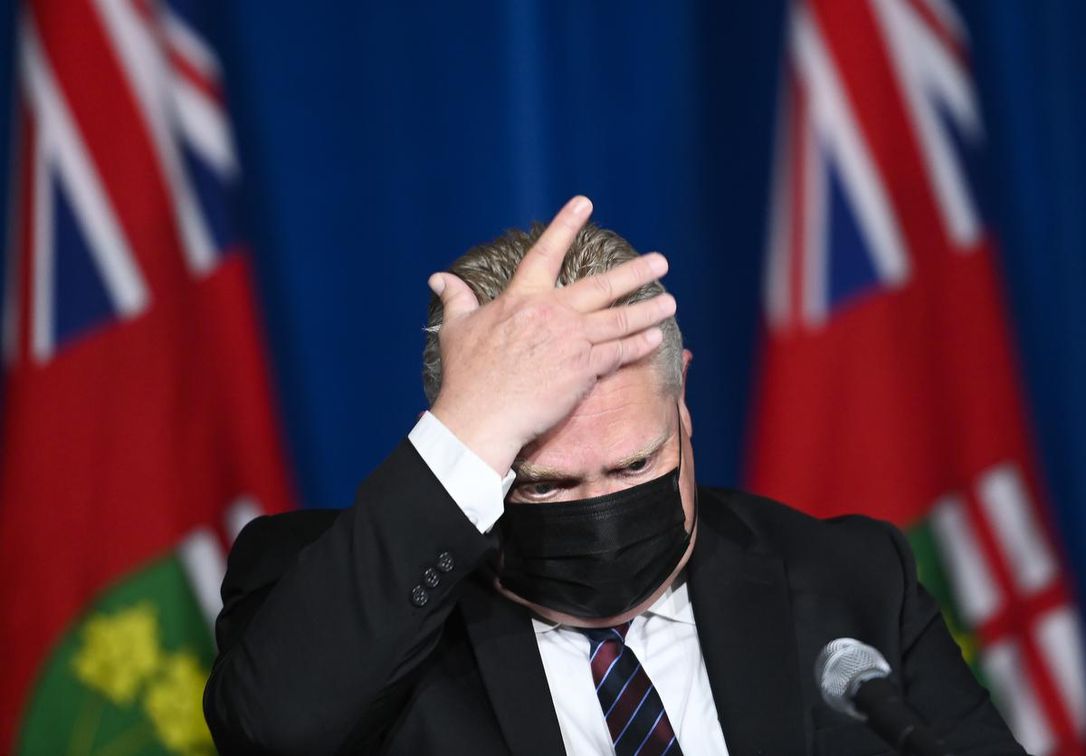 In the next few weeks Ontario PC caucus and cabinet members will be heading home for what may be their last summer break.

They leave behind the Gothic towers of Queen’s Park and a leader they thought they knew. The Premier bunkered in with his “science table” bears little resemblance to the folksy, small-c conservative leader they followed in 2018.

Yesterday’s repudiation of the vast body of medical and scientific data that screamed to open schools was the worst example of power-gone-wrong in the whole sordid chapter of Covid-19 in Ontario. Tens of thousands of schoolkids and their parents deserved a chance to attempt a normal finish to their school year.  Instead, they join the rest of us as the victim of international jokes about the longest pandemic reopening in the free world. This coup-de-grace to the Class of 2021 was an insult to our freedom and intelligence.

A great leader should be able to resist his own power. Instead, Doug Ford has leapt at every chance to restrict our freedoms and manage our lives. Bungled police-state announcements and Bozo comments about drunken golfers showed a leader who had clearly lost his way. His hollow empathy for small businesses owners is unbelievable when placed against his record, and his plans to slowly – if ever – fully reopen Ontario. Just last week, with Covid 19 cases plummeting, he dragooned his caucus into extending his “emergency powers” all the way to Christmas. Absolute power is an addictive thing.

Justin Trudeau shares equal blame for Ontario’s Covid-19 disaster. Like Ford, he must face the electorate soon. But Trudeau carries a devoted personality cult of handout-obsessed millennials, who hang on his every word as insurance. Ford has none, and he has disenfranchised his base. The people most upset with Ford are not the traditional enemies of the PC party – public service unions, devoted socialists and the Rosedale spritzer set. Those angered the most are the small-c conservatives that swept Mike Harris to two majority governments. Harris did not change his stripes. Ford has.

These voters were eager to support Ford as he undid the disastrous wrongs of McGuinty and Wynne. I am one of them. I cannot imagine voting for Doug Ford again. Next year’s election is looming like 1987 and the end of the disastrous tenure of Larry Grossman as PC Party leader. That year I went to the polling station and politely refused my ballot.

There is a train coming at the Ontario PC Party, and it is only a year away. It will hit every hard-working back-bencher and loyal-to-a-fault cabinet member. Ironically, Ford’s only hope of re-election now stands with centre-left Justin Trudeau voters. It won’t work. If Doug Ford thinks the teachers’ unions who have kicked him around like a soccer ball for the past year are going to cut him some slack, he is mistaken. And any sharp-eyed advisor counselling such a pivot to this clearly exhausted man should be fired.

If this were Great Britain, there would be groups forming inside the PC caucus now to remove Ford before June 2, 2022. Party leaders in Britain who have run their course are shown the door in sometimes brutal fashion. But not as unpleasant as being wiped out at the polls.

If Doug Ford wants to give the conservative voters who supported him in 2018 any hope for the future of Ontario, he should use his June reopening dates to inform his cabinet and his caucus that he will not seek re-election. Let the party give him a respectful farewell then find a new leader by early January to face the electorate next June 2nd. Better than another Liberal or NDP debacle.

So let us wish members of the Ontario PC caucus a pleasant summer break. As they relax on their docks and stare across the blue, silent lakes of Ontario, they can contemplate sitting there one year from now – unemployed.

Colin T. Brown is a former chairman of the National Citizens Coalition.