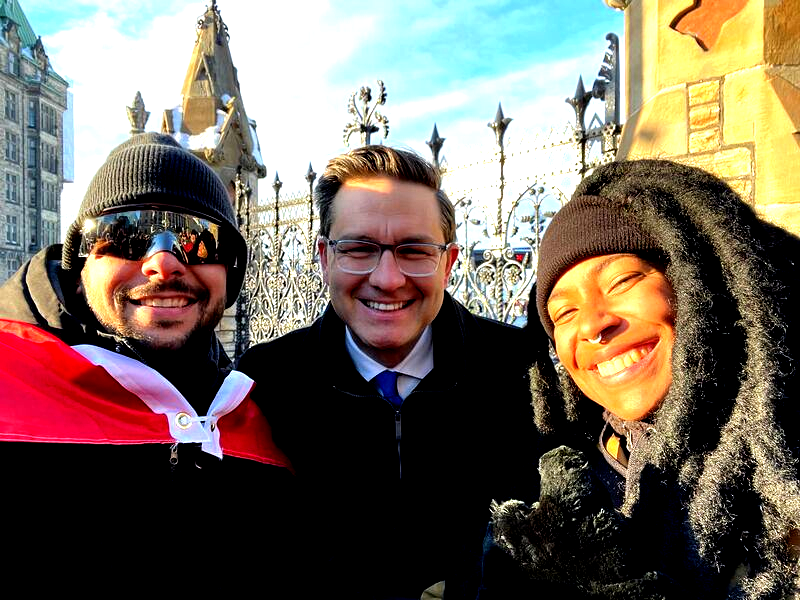 Amid times of crisis and change, the ideals and values that will guide a nation in the future are defined by how the next generation interprets and responds to circumstances.

For some time, Canada has been heading down the path of expanded centralization and government power, a trend that reached a new height (or low) during the pandemic.

Yet, human nature being what it is, those who lead a seemingly dominant trend often end up overreaching, causing a backlash that leads to a countertrend and reversal.

And it now appears this is what we are seeing in Canada.

One of the more intriguing aspects of recent public opinion polling has been young people taking positions that are more associated with a conservative perspective.

For example, when it comes to opinions on government restrictions, vaccine mandates, and the freedom convoy, young Canadians took more of a pro-liberty view than all other age groups.

This stands out because young people have long been the core support base of both the Liberals and NDP, and a shift among younger Canadians would have dramatic implications for this country.

It appears that after years of being told to stay home, losing the right to move about freely, missing out on opportunities to gather and socialize with friends, and being held back by a government that pandered to fear rather than inspiring hope, we may be witnessing the emergence of a generation of Canadians who value liberty above government power.

This youthful energy and potential shift in the nation can be seen in the crowds Pierre Poilievre has been generating at campaign events across the country.

Big crowds are rarely seen in Canadian politics even during federal election campaigns, let alone leadership races, so it is worth noting that something significant is happening.

When a candidate fills a campaign event and then has another large overflow crowd outside, there’s more than just effective organization taking place, there is a true groundswell of grassroots support.

It’s no coincidence that Poilievre is attracting large and enthusiastic crowds with a campaign that is much more youth-focused than we’ve seen from Conservative leadership candidates in the past.

Whether it’s paying for a meal with Bitcoin at a shawarma restaurant or effectively utilizing social media to bypass the establishment and speak directly to Canadians, Poilievre is campaigning in a way that resonates with young Canadians.

Note that I said he is running a more youth-focused campaign, not that he is pandering to young people.

There is a significant difference, and the difference comes down to substance.

Poilievre has been advocating a policy agenda that is pro-liberty and pro-freedom, focused on the surging cost-of-living, and is adapting time-tested principles of sound money, fiscal responsibility, and limited government to the modern era without compromising those principles.

Young people are watching their hopes and dreams seem to fade away amid rising inflation, a massively distorted housing market, and widespread economic stagnation, which is leading to an understandable and justified disillusionment with the current big-government approach of the Liberals.

Add to that the fear-based restrictions we’ve seen over the past two years, and many young Canadians are more open than ever before to a real alternative to the Liberals & NDP.

With the Liberals & NDP forming a pact to keep the Trudeau government in power until 2025, it can be easy for many Canadians to feel a sense of hopelessness at Trudeau’s seeming entrenchment in power.

However, it’s important to see that the Liberal-NDP pact is a sign of weakness, not strength.

Events in Canada have shown that the momentum and energy is with the growing pro-liberty movement.

Trudeau often meets with a hostile reception in both Canada and around the world, and the NDP gave up any pretense of being a real opposition. Meanwhile, Poilievre attracts large crowds with a pro-liberty message.

The contrast in energy is clear.

The efforts by the establishment to demonize Poilievre also indicate weakness.

Rather than disagree with his ideas, much of the establishment media has gone for the lazier route of name-calling.

Additionally, the fact that much of the media is now heavily subsidized by the government, while independent media continues to grow demonstrates the strength of a pro-liberty, independent message, as independent outlets are able to survive on the voluntary contributions of Canadians rather than forced taxpayer-funded subsidies.

For all these reasons, it is important for us to go forward with a sense of optimism and hope, fully aware of the challenges ahead while also being aware of the great potential of the Canadian pro-liberty movement.