As Western Alienation Surges, Canada Is Weaker Than Ever Before 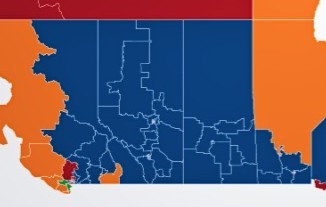 We are weak militarily, with almost no armed forces to speak of whatsoever.

We are weak economically, unable to trade between our own provinces, unable to get our resources to market, and disproportionately dependent on foreign trade at a time when foreign trade is receding worldwide.

And we are weak when it comes to national unity. Any sense of unifying federal Canadian nationalism has been stamped out by the corrupt elites, and that has led to the rise of provincial and regional nationalism, something which was already prevalent in Quebec and is surging in Western Canada.

In fact, it’s difficult to think of a time when Canada was weaker than it is today.

Our main opposition party ran up huge margins in certain seats, to dominant fashion, but fell even further behind in the vote-share in Canada’s two largest provinces.

The separatist bloc is rising once again in Quebec, and the anger in Alberta and Saskatchewan is rising to levels never before seen in Canada.

And this point must be made crystal clear: Western Alienation cannot be dismissed or ignored.

And if it is not addressed, our country faces a real prospect of breaking up.

How long will it be until Canada’s competitors and enemies take advantage of our growing internal division and weakness?

How can Canada respond to the threat of Communist China and fight to get our citizens released when we are being torn apart internally?

How can we compete economically on the world stage when the federal government puts their boot on the throat of the Canadian energy industry?

And how can we consider ourselves ‘safe’ in a dangerous world when we can’t defend our north, have decades-old broken down fighter jets, have almost no ground forces, and have a navy that barely exists?

At this very moment, we are living through the possible collapse of Canada. It’s a tragedy, it’s a disgrace, and it’s dangerous for all of us.

Without a unifying Canadian identity, without our regions and provinces feeling like equal members of the Canadian federation, and without a willingness to show strength in defence of our country and our citizens, Canada is weak, vulnerable, and waiting to be taken advantage of by our enemies.