Canada is now left with two quasi-socialist parties in the Liberals & NDP, and a Conservative Opposition pledging not to balance the budget until a full decade from now. 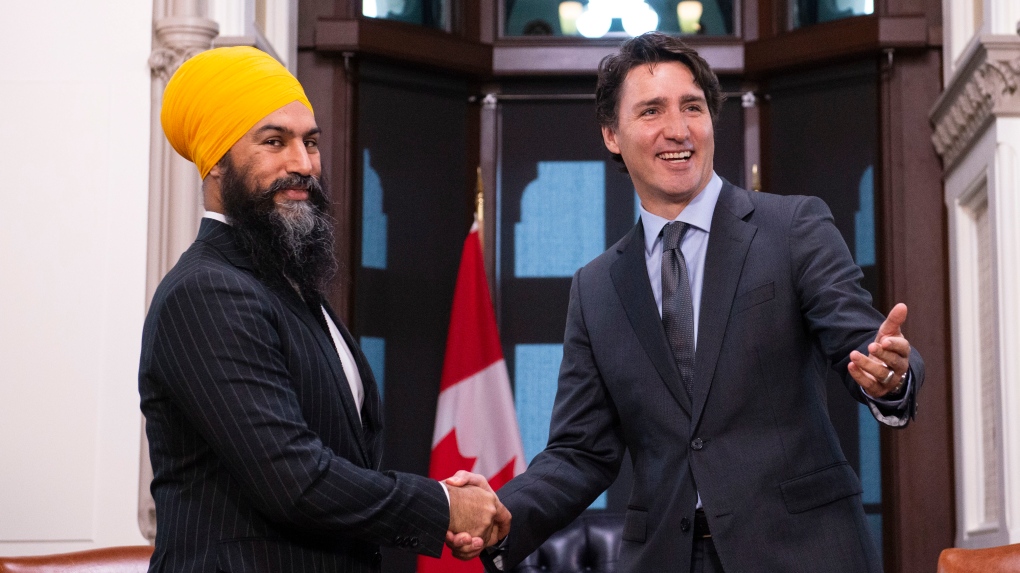 If nothing else, Universal Basic Income is an interesting idea.

In a rapidly-changing world, with automation and algorithms playing a larger role than ever before, it’s important to be open to a wide range of thinking.

UBI had received very few real-world tests, and many people – including myself – had felt it was at least worth looking into and testing out.

Well, this past year has been quite the test.

And what did we discover?

This past year has witnessed unprecedented government budget deficits, and an accumulation of debt at an astounding rate.

After businesses across the country were shut down in the early part of 2020 in response to the Wuhan Virus pandemic, voices across the political spectrum called for individuals to receive payments from the government.

After all, if the government was ordering businesses to be shut down, in effect imposing state-mandated unemployment, the government had a duty to prevent more and more people from sliding into poverty and ruin.

So, as a short-term measure, the government implemented what was in effect a Universal Basic Income.

Individuals receiving the CERB could get $2000 a month, and while there were technically eligibility requirements, the government admitted that they basically sent the money out without looking and would worry about it later.

The program served its purpose, and provided the most tangible example of a nationwide UBI we have ever witnessed.

The results were that people were able to make ends meet who would otherwise have been completely screwed (for lack of a better term), and that many companies noted it was tough to get people to return to work.

In some cases, people were making more weekly from the CERB than they were from working, so they decided to stay unemployed.

And what of the cost?

In October of 2020, the Parliamentary Budget Office said the cost of the program was $77 billion.

The government also had another program, the Canada Recovery Benefit, which cost $18 billion.

Going by the CERB cost alone, consider how much money that is given it was a temporary emergency program, in place for roughly three quarters of a year.

Now, consider that Universal Basic Income would – by its very definition – be given out to everyone.

With this in mind, the conclusion of this massive UBI test is that it is a great temporary program, while clearly being unsustainable as long-term government policy.

So of course, the Liberals have made it the official policy of their party.

At their recent convention, the Liberals voted to make a UBI part of their official party policy, calling on the government to introduce it nationwide.

As noted by True North, the PBO had estimated such a program would cost $85 billion a year:

“According to a recent report by the Parliamentary Budget Office (PBO), introducing a universal basic income (UBI) would cost the government over $85 billion and raise taxes on the middle class.

The PBO’s report estimates that providing a universal basic income would cost $85 billion if introduced this year, or approximately 25% of the federal budget.

While providing benefits to the poorest 40% of Canadians, the report found that the top 60% of households will actually lose money as the government would raise taxes and cut other benefits to provide UBI.”

And of course, the cost doesn’t include the longer-term impacts of rampant inflation.

And that brings us to how we would pay for such a program.

There are three ways:

Given that running on the biggest tax hike ever would be a dubious political strategy, and that the Liberals have constantly lambasted anyone who even hints at reducing the yearly increase in program spending – let alone actually cut anything – that leaves the third option.

And it’s the option Chrystia Freeland and Justin Trudeau have already been telegraphing ahead of the budget.

As weird as it may seem these days, the Liberals have in the past been a fiscally responsible party.

Historically, the Liberals were once a more ‘classically liberal’ party, believing more in individual freedom and limits on state power.

Under the first Trudeau, the party veered toward socialism, before veering back in a more fiscally responsible manner under Jean Chretien and Paul Martin.

The second Trudeau is rapidly wiping away the fiscally responsible vestiges of the Liberal Party, seeking instead to out-NDP the NDP.

This is a real loss for the country, as we once could have been confident that the two main parties were – at least among sizable factions of their supporters – committed to realistic fiscal policy.

Now, Canada has two quasi-socialist parties, while the Conservative Opposition has pledged to wait an entire decade before balancing the budget, leaving Canada with few true fiscally responsible people in positions of real power.

And among those who should know better, particularly at the Bank of Canada, we instead see enabling, with governments being able to add so much debt because central banks keep buying it up and artificially suppressing interest rates.

That’s why it’s no surprise to see the Liberals now making UBI official policy and heading further down the path of locking Canadians into dependence on the centralized state.

It seems Canada’s political establishment is determined to lead Canada further into the depths of fantasy economics, and we all know where that eventually ends up.