“Two Weeks To Flatten The Curve,” A Year In 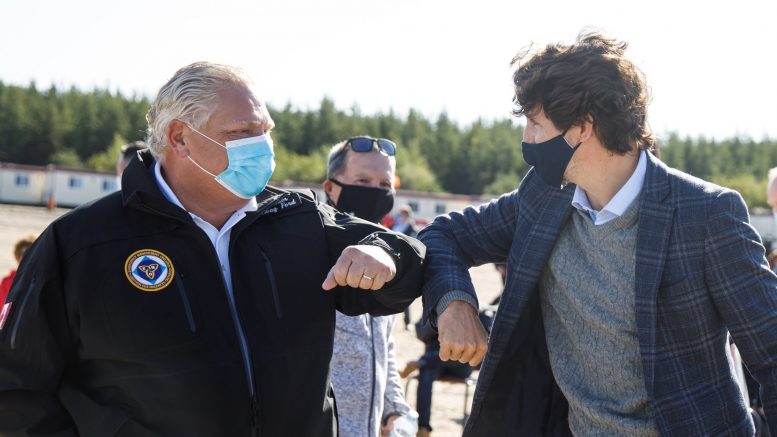 “Two weeks to flatten the curve!”

It’s now been a year since we heard this, and much has happened since.

Despite an overwhelming number of cases and deaths being concentrated in care homes, governments – to this day – failed to direct their efforts there, instead pushing endless draconian lockdowns that were imposed on everyone, even on those who statistics show were at incredibly low risk.

Civil liberties we took for granted, and assumed were ironclad, like being able to operate your business, walk down the street freely, and protest, turned out to be ‘privileges’ bestowed on us by politicians.

They turned out to be more than willing (and often eager) to use immense government power to ruthlessly crackdown on regular people.

The right to protest seemed to depend on whether politicians agreed with the protestors or not:

Protesting a politically correct cause? You’ll get a supportive Tweet, police protection, and the government will keep their hands off you.

Trying to open your business when politicians don’t like it? Watch as the government imposes a show of force to try and intimidate anyone else who would ‘dare’ go against political orders.

Adding to the insanity, the one piece of advice that would have been most helpful - the importance of personal health and fitness - was rarely, if ever, promoted.

The government didn’t warn about the impact of being overweight, didn’t encourage people to exercise, and in fact they went all out to close up as many gyms as possible, and discouraged even small gatherings of people outdoors.

It often seemed they wanted everyone to stay inside and order fast food, making health outcomes even worse.

At this point, there is no reason to expect that those in power have learned anything.

In fact, they are still at it, still pushing lockdowns, still ramping up fear rather than offering solutions, and still seeking control over individuals rather than trusting in the wisdom and self-determination of Canadians.

They seem almost averse to good news, always finding a new angle in which to make it seem that an even worse danger is right around the corner.

However, aside from the politicians, many Canadians are seeing the need for a completely different approach, lest we find ourselves in a similar situation.

First of all, we need our ‘rights’ to actually be ‘rights,’ not privileges. The right to protest and keep your business operating shouldn’t be decided at the whim of a politician.

Second, we need to get real about the importance of personal health. A big part of the problem in our pandemic response was political correctness, with governments unwilling to admit that hyper-tension, type-2 diabetes, and obesity are contributors to negative covid outcomes. We should be encouraging people to go to gyms and make it easier to afford exercise equipment and outdoor activities, rather than discouraging those things.

And finally, we need a focused approach. When governments saw that the clear majority of deaths were in nursing homes, measures should have been taken to direct the lion's share of government pandemic resources there, while leaving the rest of society open.

The truly vulnerable should have been protected, instead of everyone being restricted.

If you’re reading this, it’s likely that you are already someone who believes in the importance of individual freedom and is rightly skeptical of government power. And, I want to personally credit Peter Coleman and Alexander Brown of the NCC, who were warning about the dangers of rapidly expanding government authority before almost anyone in the country – even before me. Many have followed in the great example they set.

With that in mind, the fact is that many people in our country still want to put their trust in politicians and government officials. There are still many people who distrust the idea of personal responsibility, and would rather the government ‘restrict people to protect people.’

We need to push back on that, not by demonizing those who disagree, but by standing strong for the ideals of individual freedom and limited government that are still at the core of what it means to be Canadian, so that when another crisis hits we remain true to our values and principles rather than giving in to fear.