With Trudeau’s Weakness Dragging Us Down, The World Will Eat Canada Alive 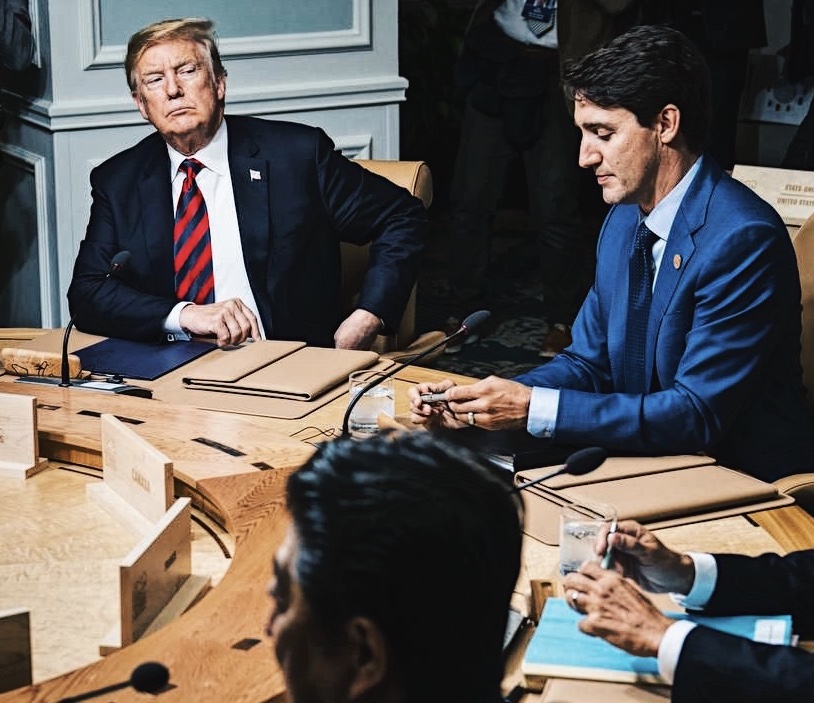 You already know the world can be a tough place.

We can just look all around us and see how rough things can get.

And we know that in a tough world, weakness can be fatal.

Nowhere is that truer than it is of Canada at this very moment.

As you read this, our country is under assault from all over.

And because of Justin Trudeau’s weakness, and the weakness of the entire Liberal government, our ability to withstand that assault is nearly nonexistent,

Every radical extremist has been emboldened by the refusal to uphold the law, as illegal blockades stretched on for weeks and weeks as lawbreakers acted with total impunity.

With Coronavirus spreading worldwide, Trudeau has refused to implement travel restrictions on key centres of infection, despite almost every other nation imposing those restrictions to slow the transmission of the virus.

Our energy sector is collapsing, with investment fleeing from one project after another. The most recent loss was highly respected investor Warren Buffett pulling his support for a project in Quebec, sending a signal worldwide that Canada isn’t a stable enough country for big projects.

At every step of the way, Justin Trudeau’s weakness has made our country more vulnerable.

Every other country seems to realize the game that is being played: Politicians attend conferences on the environment, make a bunch of exciting and hyped up pledges, and then go back home to strengthen their domestic energy industries. They realize that the rhetoric espoused by groups like Extinction Rebellion is extreme, and that to listen to it would be economic suicide.

Yet, the Trudeau government appears to be the only ones who think the rhetoric is real. They are allowing our energy industry to be shut down, and somehow think they’re ‘saving the planet,’ when the reality is, they’re just sending investment and jobs to other countries – many with far weaker emissions standards than Canada.

Of course, the world sees all of this.

They’ll take advantage of it.

Every energy project lost in Canada will make another country rich.

Every chance to take advantage of Canada’s weak government – like getting taxpayer-funded bribes for the worthless UN Security Council – will be used to swell the pockets of dictators at our expense.

Every time a ruthless dictatorship wants a Western nation to bully and make an example out of, they’ll look to Canada, realizing they can treat us like crap without a response.

And every time this happens, the Canadian People will suffer.

Many Canadians think of us as the ‘nice country,’ the people who are ‘polite’ and ‘get along with everyone.’

The problem is that it’s not a big leap from ‘nice’ to ‘weak,’ from ‘being polite’ to ‘refusing to say what needs to be said,’ and from ‘getting along with everyone’ to being ‘everyone’s lapdog and pathetic servant.’

By playing to the desire of many Canadians to be seen as nice, Justin Trudeau has managed to convince many people that weakness is somehow ‘Canadian,’ and that it’s our only option.

If you’re reading this, you already know that’s not true.

But it’s not enough for us to know it.

So far, despite all the opposition, Trudeau is still the PM, and his weakness still influences how Canada reacts and how Canada is seen.

Without pushing back against the deeper problem, the pathological niceness Trudeau is manipulating, things won’t change.

Canada needs to remember our history, remember that we’ve been tough before, and we can be tough again.

Otherwise, this world will eat us alive, and there’ll only be scraps left when it’s done with us.