FERNANDO: 'We' Have A Problem, Trudeau Thinks He's Better Than 'You'

The WE Charity Scandal shows once again that Justin Trudeau views Canadian taxpayers as nothing more than characters in the Trudeau Drama, and sees our wallets as his own personal playthings. 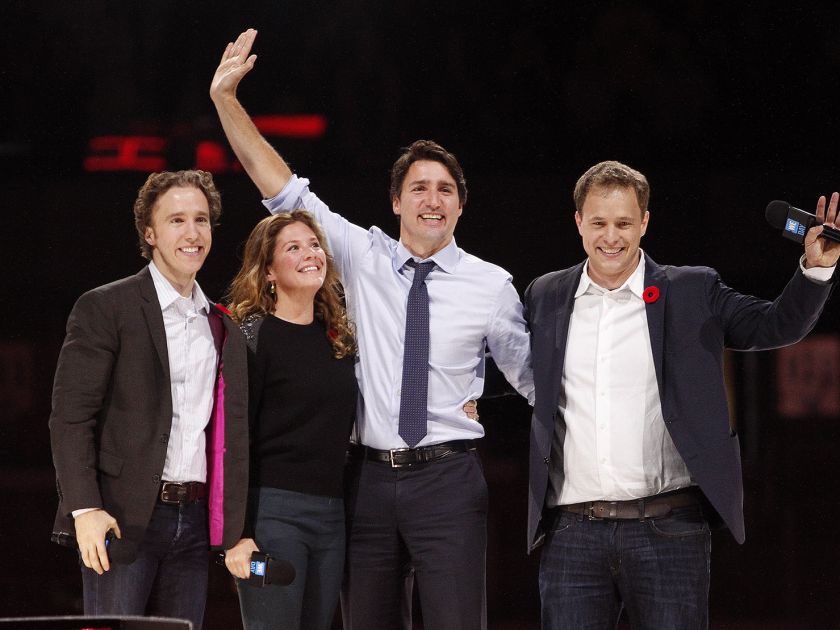 Throughout the scandal, Trudeau and the PMO have lied to Canadians, constantly changed their story, and acted with an arrogance so undeniable that it’s almost like he doesn’t care how bad it looks.

From the beginning, Trudeau has tried to deceive, showing contempt for Canadians.

He would have known that his mother was paid by WE -- to the tune of hundreds-of-thousands.

He would have known that his brother was paid by WE.

He would have known that his wife was paid by WE.

He knew all of this.

Yet, he refused to admit or disclose this, at the same time as he tried directing a massive government contract to that same 'charity'.

Beyond the clear problem here – the scandal itself and the clear corruption that appears to be involved – there’s also the problem of Justin Trudeau’s attitude.

Namely, the idea that he really thought he could, and should, get away with this.

It’s not the attitude of a public servant.

It’s not the attitude of a leader.

He thinks he is above the rules.

He thinks the rules are for us, not him.

Imagine what would happen to any of us if we acted in such a corrupt way on such a massive scale.

The full power of the government would be brought down upon us.

But Trudeau doesn’t care about the hypocrisy.

He has shown, time and time again, that he believes he lives in a different world than we do, a world with different rules and different consequences (AKA no consequences).

He demonizes people as ‘racists’ while having worn blackface repeatedly.

He booted out people due to his ‘zero tolerance’ for any harassment complaints, then gave himself a free pass on the same issue.

He accuses his opponents of ‘dividing Canadians’ when he is the one doing the dividing.

He said he respected ‘strong Indigenous women,’ only to fire Jody Wilson-Raybould when she refused to corrupt the justice.

He claims to support the ‘free press,’ while co-opting the media with taxpayer dollars and having security remove reporters he dislikes.

He lectures about ‘privilege,’ while using his own privileged upbringing to maintain a position of power over tens of millions of people.

He promoted strict ‘go home, stay home’ rules, while violating the law to visit the cottage to see his family – while millions of us couldn’t see our families.

And now, he extols the virtues of ‘volunteering,’ while trying to direct a massive amount of your taxpayer dollars to an organization that has given his family tons of money.

So yes, Justin Trudeau clearly thinks he’s better than you.

Much of the establishment media thinks the same as well, since they are part of the same elitist club as Trudeau. That’s why they give him a free pass, downplaying scandals until the very last moment, when even they are forced to give it a modicum of coverage.

It is up to each and every one of us to push through Trudeau’s lies, overcome the establishment media, and reach out to everyone around us to help wake up this country.

When more and more people see the arrogance and elitism of Justin Trudeau, when they see that he’s part of a club that we are all excluded from, they will increasingly realize how Trudeau’s attitude is deeply anti-democratic, and against the values our country is supposed to be based upon.

Canada can’t afford a leader who thinks he’s above us.

We need leaders who represent, and most importantly respect, the real people of this country.