As Vaccine Debacle Deepens, Trudeau Abandons Any Semblance Of Leadership 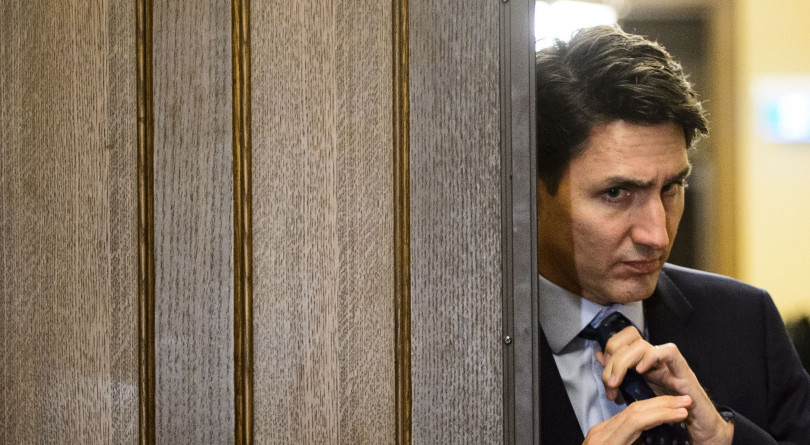 Ontario Premier Doug Ford and Toronto Mayor John Tory both have a few things in common.

Second, they both sought to contact the CEO of Pfizer to enquire about Canada’s vaccine shipments being shut down for at least a full week.

Why do I mention this?

Because the fact that they are doing this shows what a massive leadership vacuum exists at the federal level, as Justin Trudeau again leaves his work to others.

Now, if Trudeau was an avid proponent of decentralization, and if provincial/municipal governments had control over vaccine procurement, then Trudeau stepping aside and leaving the job to others might be justifiable.

But as we have seen, Trudeau loves centralizing power.

And vaccine procurement is a federal responsibility, with more local levels of government unable to buy vaccines since everything goes through the feds.

So, if a provincial premier and a city mayor are having to call the CEO of Pfizer, it means Justin Trudeau has abandoned his leadership role.

And the timing couldn’t be worse.

Canada’s vaccine struggles are deepening, as we are shown to be low on the priority list for distributors, and as many of our peer nations move far ahead in both total vaccinations and vaccinations per person.

Yet, notice how Trudeau isn’t abandoning the optics of leadership.

But as we saw recently, he chose to leave mention of the delays in vaccine distribution to ministers and other government officials.

What this means is not only is Trudeau abandoning his role at the top of the government, but that it is part of a PR push to insulate him from political damage.

The Liberal government doesn’t want Trudeau to take the heat for the ongoing vaccine procurement debacle, so they put it on others, including the provinces.

It’s amazing to see how many people are blaming provincial premiers for the lack of vaccines, even though most provinces have been doing a good job of distribution, but simply lack vaccines due to federal government failures.

And again, it is simply a basic fact that the lack of vaccines is the direct responsibility of the federal government.

There is literally nothing that Doug Ford and John Tory can do to procure more vaccines, they have zero leverage. Yet, they are willing to at least pick up the phone and try to get the Pfizer CEO to take Canada’s concerns seriously.

For all the criticism they’ve received on other issues (and well-deserved criticism at that), in this case they are at least trying to improve something, while Trudeau sits back and lets others take the heat.

Of course, this isn’t a one-off.

In fact, it may be the defining aspect of his ‘leadership.’

Others take the blame, Trudeau takes the credit.

You can be sure that whenever new vaccines are finally delivered, Trudeau will be holding a press conference to deliver the good news.

But when that happens, it will be important for us to remember that Trudeau showed a distinct lack of leadership when it mattered most.