U.N. SEAT FAIL: Trudeau Abandoned Our Values And Wasted Our Money, All For NOTHING 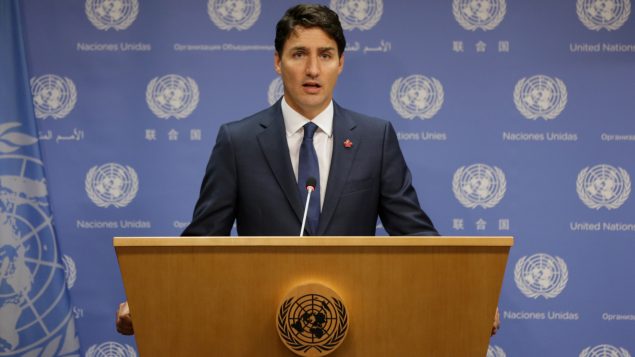 Justin Trudeau has been humiliated.

He staked it all on Canada winning a UN Security Council Seat.

Even though we know the seat is worthless in terms of actual power, it would have been the apex of Trudeau’s global virtue-signalling efforts.

He would have had the ‘global stage’ he so covets, giving him the chance to leave Canada more often and pretend to be involved in ‘solving’ the world’s problems.

To get it, he abandoned Canada’s values, throwing Israel under the bus, cozying up to China even amidst their horrible treatment of our country and detained citizens, and distancing Canada from our traditional allies.

He went on an epic spending spree, flying around the world doling out our tax dollars – often to brutal dictatorships – as crises exploded back here at home.

In short, Trudeau sold us out, both financially and in terms of what we stand for as a country.

And he still failed.

The scale of Trudeau’s failure is perhaps best described by the following Tweet, ironically a Tweet from Justin Trudeau himself back in 2010 when Canada failed to get a UN Seat under Harper:

“Watch Harper try to blame the Liberals for his failures at diplomacy and development. And watch them try to spin that the UN is unimportant.”

Ironically, Harper didn’t seem nearly as interested in the seat, didn’t expend nearly as much political capital on it, and didn’t sell out Canada’s values to try and get it.

Yet, despite Trudeau’s obvious narcissistic need and desperation for the seat, despite all of our tax dollars that he gave away to feed his ego, he still got fewer votes than Harper.

This would all just be a hilarious example of Trudeau’s ongoing incompetence, except for the fact that the Canadian People end up paying the price.

It was OUR money Trudeau gave away.

Hundreds of millions (probably billions when all the ongoing commitments are tallied up) of dollars were taken from Canadians and given away, at a time when Canada has disastrous economic numbers.

It also says something very dangerous about how the world perceives Canada under Trudeau.

A country can protect itself by being either feared or respected. You don’t need both, but you do need one.

And, after countries took our money only to vote against us anyway, it’s clear nobody respects us.

What an absolute disgrace.