Under Trudeau, Canada’s Trend Towards Authoritarianism Is Speeding Up 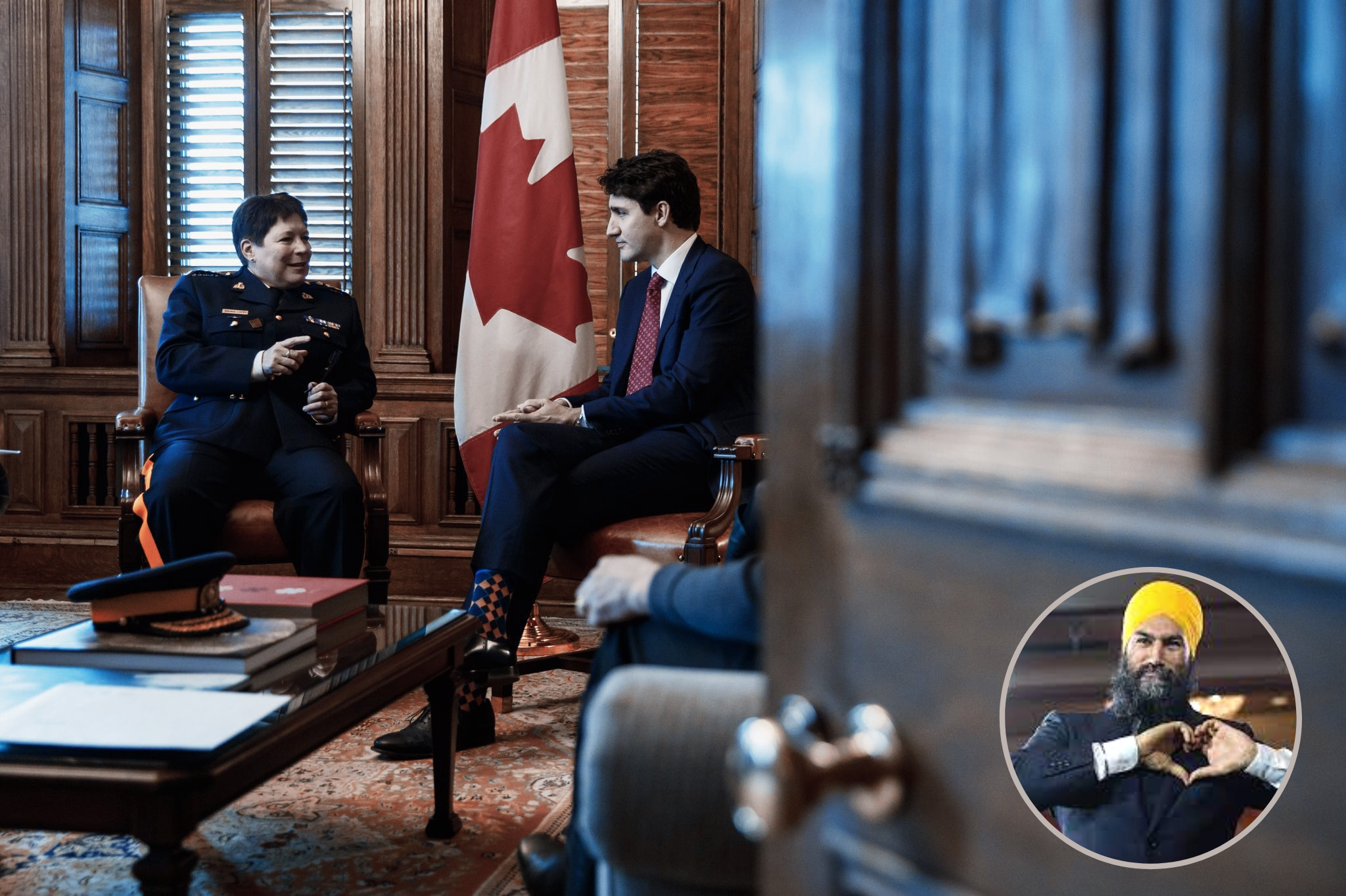 If you happened to see a story describing the head of a national police force in some third-world country exploiting a tragedy to advance the agenda of the ruling party, you probably wouldn’t be surprised.

After all, that’s the kind of corruption that is widely seen in poorly-managed, impoverished nations.

Further, if you heard that a ruling party was able to avoid accountability because another party was propping them up while pretending to be an ‘opposition’ party, you still wouldn’t be surprised. Having extra parties prop up the ruling party is a staple of nations where the appearance of democracy is maintained even as it is hollowed out from within.

Plus, you wouldn’t be surprised to hear that the ruling party in an authoritarian country was seeking to censor and control the flow of information over the internet by putting government officials in charge of what people could share online.

The reason I encourage you to consider this from the perspective of observing another country is that it seems difficult for many Canadians to really grasp how dangerous things are becoming here.

Because our nation has a history of democracy, and because the external trappings of democracy seem relatively unchanged, it’s easy for people to believe that nothing sinister is taking place.

That hopeful naivety, combined with media institutions that are largely bought-off by the government (itself a sign of rising authoritarianism), acts to preserve the veneer of democracy in Canada.

But under the surface, our democracy is eroding at a rapid pace, and our institutions are being destroyed.

If we would consider current events in Canada to represent a nation sliding towards authoritarianism if we witnessed them in other countries, then we must draw the conclusion that our nation is indeed heading towards becoming an authoritarian state.

And we can see this clearly in the trend.

Is there any way in which the Liberals are increasing freedom in Canada?

Or, are all their actions moving in only one direction – less freedom?

We know the answer.

They’re robbing us of our economic freedom through inflation and higher taxes.

They’re robbing us of our freedom of speech through attempts to censor the internet.

And they robbed us of our personal freedom through the imposition of mandates that they are more than willing to re-impose.

When the actions of a government trend only one way – and when that trend is towards more state power and less freedom – you can be sure what their endgame is.

Seen in this context, Brenda Lucki’s apparent willingness to jeopardize an investigation and exploit a mass shooting to push Trudeau’s agenda is not really that surprising.

In authoritarian states, the national police force is merely an extension of the will of the ruling party.

It serves the interests of those in power, not the people.

The fact that there was internal pushback against Lucki demonstrates that there are still good people in Canada’s institutions who believe they should serve all Canadians – not just the Liberal Party.

But those voices are being weeded out and silenced under the Trudeau regime.

Singh sells out his party and the country

Jagmeet Singh is not to blame for the actions of the Trudeau Liberals.

However, he is responsible for the fact that the Liberals are getting away with it.

Singh has effectively overridden the will of Canadian voters by forming a pact to keep the Liberals in power until 2025.

If Canadians had wanted a Liberal majority government, they would have voted for one.

But Singh decided to give Trudeau the majority Canadians denied him.

And somehow, of all people, Singh seems to be the least aware of this.

In response to the Brenda Lucki-Trudeau Government Scandal, Singh said “The idea that this government – that any government – would use this horrific act of mass murder to gain support for their gun policy is completely unacceptable."

Singh often has critical things to say about the Liberal government, as if he’s still the leader of an opposition party.

Yet, he then goes right back to supporting them.

Does the NDP believe in democracy?

At this point, even Jagmeet Singh must be able to realize that Trudeau is moving Canada in an authoritarian direction.

If Singh supports this, he should have the courage to publicly admit it.

He should admit that he shares Trudeau’s authoritarian agenda.

If he doesn’t, then he should immediately end his pact with Trudeau. That’s what a leader with a sense of ethics and commitment to the country would do.

That said, it’s most likely that Singh will continue to sell out to Trudeau.

And that means it will be left to each of us to do everything we can to stand up for freedom in our country.

The Trudeau Liberals have shown they will stop at nothing – including exploiting a horrific tragedy and corrupting all of our institutions – to push their destructive agenda, and it will take tremendous strength, resolve, and commitment to stop them.