Trudeau Shows Weakness To Our Enemies, And Contempt To Our Friends. This Won’t End Well. 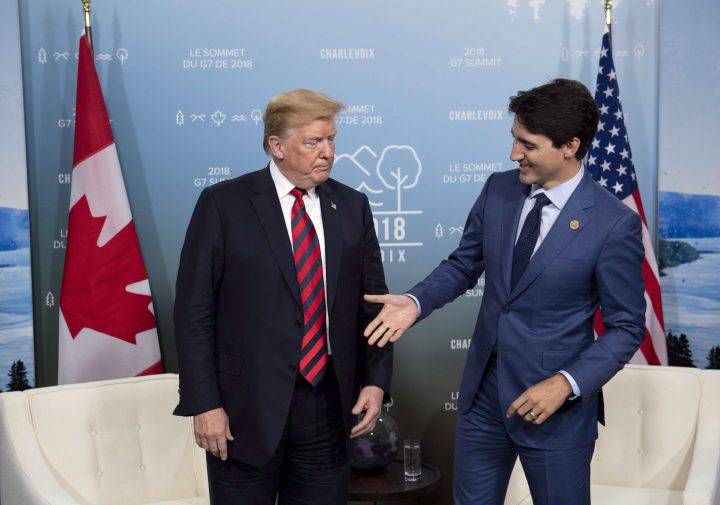 There are two sayings that, while short, encapsulate a lot of wisdom:

“Dance with the one that brung ya.”

“If you want peace, prepare for war.”

Throughout history, we’ve watched as nations that stab their friends and allies in the back pay a heavy price, often finding themselves left alone as they get picked apart for resources and bled dry.

And we’ve watched as dictators and totalitarian regimes sniff out weakness and cause horrific suffering against the innocent, while those who knew better didn’t act until the price of action was measured in millions of lives.

There’s a reason those sayings above have such resonance and have stuck around a long time. People can intuitively sense that there is a deep truth in those few words.

That’s why Canada’s position in the world today is so perilous.

Under the ‘leadership’ of Justin Trudeau and the Liberal government, Canada shows weakness to our enemies, and contempt to our friends.

The weakness is there for all to see, as our armed forces have withered away to almost nothing. Our hold over our own territory is tenuous and doubtful, with China and Russia building up in the north while we have almost no forces whatsoever in our northern territory. Our weakness invites further challenge.

China has kidnapped Michael Kovrig and Michael Spavor, treated them horribly, insulted our country, threatened our country, and despite all of it they can see that the Trudeau government and Canada’s political and corporate elites will just keep rolling over and asking for more. We even want to give them the keys to our 5G networks.

When it comes to contempt towards our friends, the latest example of course is Trudeau’s ‘hot mic’ moment at the NATO summit, where – after placating Trump in person (while lying about Canada’s defence spending number), he joined some other leaders in laughing at Trump behind the scenes. That contempt has also been seen in Chrystia Freeland’s virtue-signalling speeches, heading off to the States to lecture the US and somehow lump the democratically-elected Trump with the dictators of nations like China.

Now, all of this would be dangerous enough if Canada was a nation with a powerful military. If that was the case, we could afford to show some political weakness to our enemies and some contempt towards our friends. It still would be a terrible idea, and it would still be risky, but with a strong military we could at least deter anything drastic from happening on the world stage until a better government was elected.

But that’s not the case in Canada.

Because of Justin Trudeau, we are simultaneously showing weakness to our enemies and contempt for our friends, even as we are almost completely undefended.

It can’t be said enough that if Canada was attacked or our territory was encroached upon by a hostile power, we have almost zero capacity to respond. We would either need the US to send troops to our territory, or we would simply have to lose and give up territory, perhaps losing our sovereignty altogether.

Some might think that is outlandish, but history has shown that many things seem unthinkable until they aren't, and to think that countries like China and Russia wouldn’t do something ‘unthinkable’ if they were desperate enough is simply naïve.

Canada has an alliance with the United States, but for far too long we’ve taken advantage of it without reciprocating. We expect the US to spend hundreds of billions on the defence of North America, tacitly implying that we expect America to send their young soldiers to die for Canada if things got dire enough, while being unable to make that same commitment to our American friends.

And amid all of this, we have a government that laughs at the leader of our closest ally while refusing to increase our military spending.

At some point Canada will realize that we cannot escape reality. We’ve had a long, privileged run of refusing to spend enough on our armed forces, and outsourcing our national defence to our powerful neighbour to the south.

But that won’t go on forever.

We need to wake up.

We need to realize that Canada’s existence as a nation, and our control over our territory is not inevitable.

We must also recognize who our adversaries really are, and make it clear to them that we will no longer be a pushover, and that we will do what it takes to defend our country.

In a dangerous world, we are running out of time. If we continue on our current course, things won’t end well.