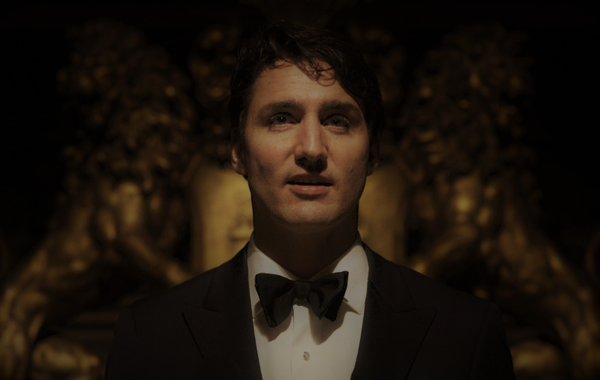 The Liberal Party of Canada is dead.

Yes, there is a party with the name ‘Liberal.’

Yes, that party still has a base of support.

Yes, that party has turned the media into their own personal propaganda arm.

But it’s not the Liberal Party anymore.

It’s not the party that once existed as a relatively centrist, moderate, common-sense voice in the country.

For all their flaws, leaders like Jean Chretien and Paul Martin believed in Canada, believed that Canada was a positive force in the world, and believed that Canada’s top industries (including the energy sector) were an important part of our country and deserved support.

They have fully embraced the radical left, anti-Canadian agenda that sees the Western world as evil, hates the energy industry, and wants to ‘reshape’ the world in their extremist image.

Remember, Justin Trudeau accused Canada of committing genocide while he was in charge.

He said Canada should be the first “post-national state” with no core identity.

And now, he is preparing the biggest betrayal of all.

Justin Trudeau’s radical agenda, what he’s calling a 'green recovery' is a declaration of war against Canada’s working class.

The record budget deficit we are seeing was explicitly promoted as a ‘temporary’ response to an unprecedented health & economic crisis.

Nobody expected it to last.

Nobody voted for endless gigantic deficits.

But now, in an epic bait-and-switch, that’s what the Liberals are pushing.

They are exploiting this crisis to impose a radical agenda they never campaigned on.

Every failed ‘green’ policy, every idea that proved so disastrous under the Wynne Liberals in Ontario (who moved to the left of the NDP in many ways) and every radical dream of the eco socialists, is going to be imposed on the unwilling Canadian People.

This will be devastating for working class Canadians.

For many years, working class Canadians have been getting crushed by a variety of forces, including jobs being shipped to China, cheap labour being shipped into Canada, ‘free trade’ deals that enriched foreign countries at our expense, carbon taxes, and more.

The CCP Virus Crisis was a crippling blow to people across the country, and working class Canadians were hit hard.

Literally the last thing the working class needs is a massive rise in the cost of living, and an agenda that cripples huge portions of our economy.

A radical green agenda will crush wages even more, make everything more expensive, eliminate good paying jobs building tangible things (the kind of jobs the Liberals hate), and put more and more of our economy into the hands of foreign corporations and foreign countries.

Why would Trudeau be doing this?

Why would he declare war on the working class?

Because working class Canadians are standing in the way of the radical far-left agenda that has taken over the Liberals.

Keep in mind, there is a disturbing alliance (in practice, if not in name), between China, global corporations, and the radical left.

Cheap labour is easier to import in countries that don’t believe in borders and that have been demoralized internally. When politicians destroy confidence in the nation, it’s far easier for corporations to step in and do whatever they want.

China benefits from powerful global corporations, as those companies are focused only on enhancing their profits, ignoring crimes against humanity, ignoring the brutal oppression of the Chinese Communist Party, and seeking to silence those who push for bringing manufacturing back home.

And the demoralization of the Western world that makes all of this possible is accomplished by far-left radicals – indoctrinated and emboldened by communist professors at many universities who have turned fringe ideas into the agenda of the elitist ruling class and their shock troops on the ground (the people who are tearing down statues).

Standing in the way of all this are working class Canadians.

The people who built our country and who continue to build it.

The people who make real things.

The people who keep us safe.

The people who keep the lights on.

The people who make Canada possible.

They don’t want our country to be torn apart.

They don’t want wages to be crushed.

They don’t want jobs shipped away.

And they don’t believe Canada or the Western world is ‘evil.’

So, Trudeau has to try and ruin them.

And he has to do it in a way that will seem ‘acceptable.’

A dangerous, radical, socialist agenda, hidden behind the idea of ‘going green.’

It’s why many compare the ‘green movement’ to a watermelon:

Green on the outside, but red on the inside.

And considering how Justin Trudeau has often praised Communists, and the fact that his father clearly hated the United States while loving Communist Cuba and Communist China, would any of us be surprised that Trudeau was really devoted to imposing a socialist agenda on the country?

It’s also no surprise that the Liberals are moving in this direction following Erin O’Toole’s leadership win.

O’Toole is wisely moving the Conservatives to being more of a pro-working class party, criticizing both big government and big corporations that have sold out Canadians. O’Toole is also nearly impossible to tag as a ‘social conservative,’ so the Liberals are desperate for a new way to demonize the Conservative leader and the Conservative Party.

Thus, the eco-socialist agenda, seeking to polarize the elites against working class People, with an added bit of identity politics-based racial division – an increasingly dangerous tactic being used by the left.

So now, the battle lines have been drawn.

With working class Canadians under attack, we must all stand together against the dangerous Trudeau agenda.

We cannot allow the people who built our country to be betrayed.

We must fight back.

Trudeau is living up to all the worst fears Canadians had about him: He is exploiting a crisis to impose an agenda Canadians never voted for, piling up massive debt, killing whole sectors of the economy, and crippling us for generations.

He must not be allowed to do this to us.