Justin Trudeau Has Many Priorities, Reducing The Cost-Of-Living Isn’t One Of Them 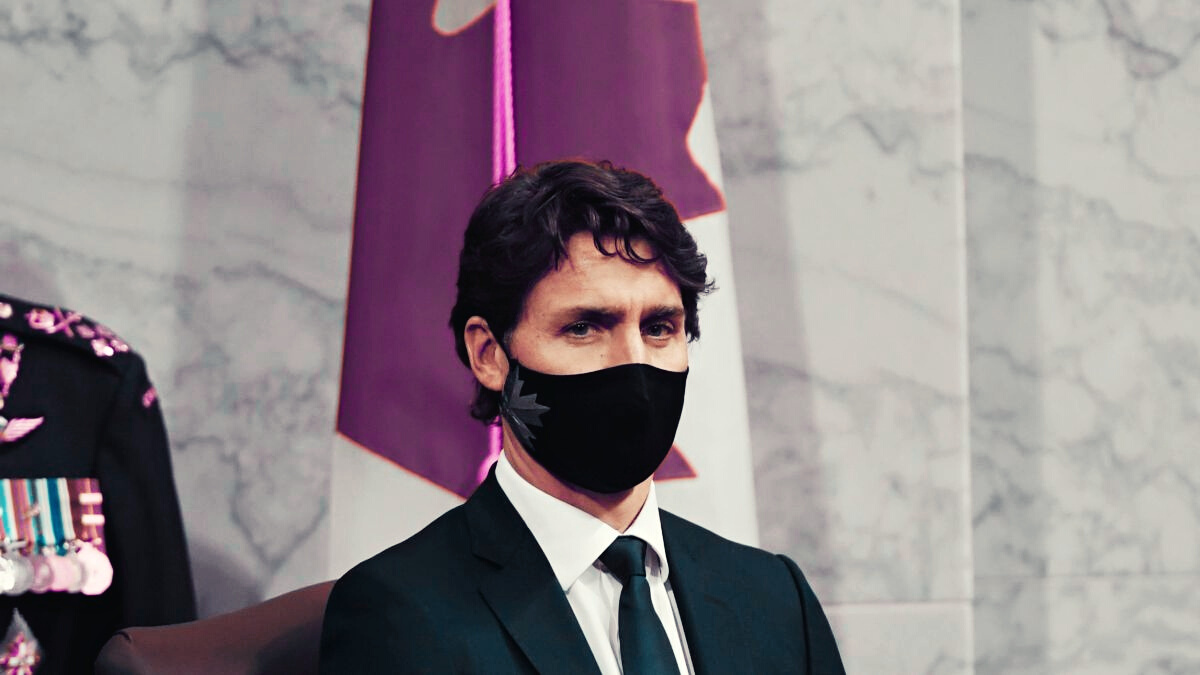 One thing can certainly be said about Justin Trudeau:

He has no shortage of priorities.

In the recent Throne Speech, Trudeau made it clear there were many priorities for the Liberal government, including further damaging our economy to chase plaudits at international climate conferences, expanding the role of the state in childcare, spending more to extend ‘temporary’ relief programs, spending more to make housing ‘more affordable’, punishing law-abiding gun owners, further moving Canada towards an authoritarian socialist era of censorship, and continuing to run massive budget deficits.

What unites all those priorities is that they will cost this country a lot of money, and they’ll expand the power of the state at the expense of the power of individual Canadians.

Now, you’ll note that there’s a priority missing from those mentioned above:

The rise in inflation received a passing mention in the throne speech, with the Trudeau government treating it as if it was some esoteric fringe issue, rather than the biggest issue facing most Canadians today.

There’s a reason for this:

Inflation is indeed a priority for Justin Trudeau, but not in the way most Canadians would expect.

Rather than wanting to address inflation and reduce the cost-of-living, Justin Trudeau and his cronies are glad to see inflation surging, as it fits with their ideology.

During Pierre Elliot Trudeau’s time in office, federal spending surged, going from $13 billion to over $100 billion, with deficits and debt reaching historic and unprecedented levels.

Western Canada was alienated from the country, as Trudeau pursued policies that devastated the region.

Canadians suffered under ‘stagflation,’ when – contrary to the promises of the Keynesians – a weak job market was paired with massive inflation.

Why does that seem so familiar?

Indeed, Justin Trudeau is – unsurprisingly – a socialist big government-ideologue just as his father was.

Trudeau’s socialist ideology had been tempered by the fact that many of his Liberal colleagues remained ‘business Liberals’, still somewhat concerned with the finances of the nation.

But most of them are gone now, as is anyone who was willing to challenge Trudeau, replaced by sycophants and those who occupy the far-left of the Liberal Party.

For every problem, a government solution

Because Trudeau and the Liberal government see their role as controlling and ‘guiding’ the Canadian People – rather than empowering people to make their own choices – Trudeau can never countenance the idea that government should step back.

When it comes to inflation, the Trudeau Liberals are glad to see inflation surge, since they feel it will make it easier to mask their gargantuan debt binge, and since it distorts price signals, making it easier for governments to get away with manipulating the economy.

Further, inflation robs Canadians of our purchasing power and weakens our financial independence, thus pushing more and more people into a situation where they feel dependent on the state – exactly what statists love to see.

Beyond all of that, if Trudeau was to confront inflation, he would have to first acknowledge that his big-spending approach, imposition of carbon taxes, and restricting the energy sector have all contributed to the problem.

By racking up so much debt, and with the Bank of Canada complicit in enabling the immense rise in spending, Trudeau has flooded Canada with Canadian Dollars, debasing the currency and leading to more dollars chasing fewer goods.

By imposing carbon taxes, Trudeau is purposely raising the cost-of-living. The carbon tax is designed to go up every year – thus pushing up prices – while disincentivizing the development of affordable sources of homegrown energy. You couldn’t ask for a policy designed more ‘perfectly’ when it comes to generating inflation.

And, by restricting the energy sector, Trudeau has decided that his desire to appear virtuous at climate conferences is more important than your ability to access affordable energy. Since affordable energy is a basic foundation of any successful civilization, you can see how damaging this is.

Trudeau can throw all the money he wants at childcare programs and affordable housing programs, but since throwing money around is what has caused inflation in the first place, it will only make it worse.

At this moment, Canadians are facing a brutal combination of policies from the Trudeau government, policies designed to flood the economy with money while the government lowers our standard of living to ‘save the planet.’

Canadians must wake up and realize that politicians like Justin Trudeau aren’t looking out for the people of this nation, and that the federal government has chosen to stand against the financial interests of the Canadian people.

The fact is Justin Trudeau’s priorities don’t include your financial well-being.