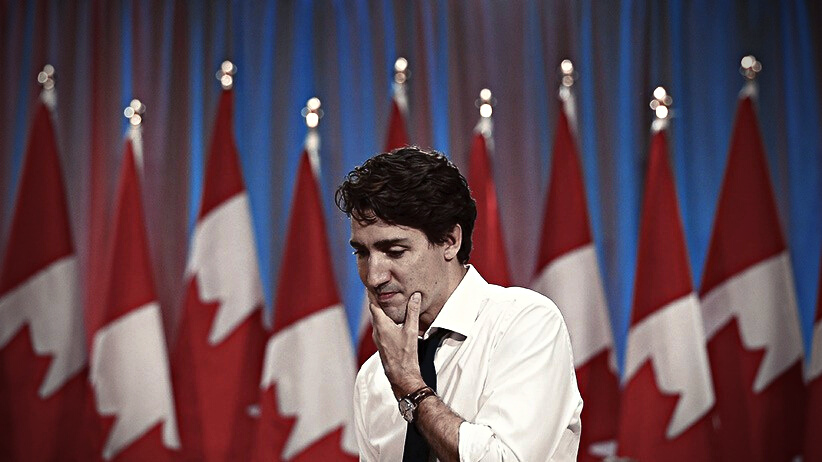 Justin Trudeau and other ‘woke’ politicians have spent many years attempting to undermine the foundation of this country.

Trudeau promotes a version of Canadian history that is deeply negative, and holds Western Civilization as a negative force rather than the incredibly positive force for human progress it has been.

Trudeau has pushed for this country to be a “post-national state” with no national values and no core identity.

So, it is no surprise that on every possible front, Trudeau and his cronies have worked to weaken this nation.

Our military is deeply underfunded and mired in endless controversy.

Our energy sector is strangled by the federal government.

Radical ‘green’ ideology takes precedence over helping our desperate allies get the energy supplies they need, thus helping dictators like Putin expand their leverage while robbing our nation of potential wealth.

And of course, our rights and freedoms – a core part of what has made this country strong –  have been under constant attack.

This would all be a problem in normal times, but in a world in which economic threats and military threats are escalating at a rapid pace, Canada can ill-afford to have an anti-Canadian government in charge.

There are moments when what is necessary is a ruthless appraisal of the world we are in, and then acting in a way that conforms to the difficult reality we face.

And this is such a time.

Simply put, Canada must produce and sell more energy, recruit more people into the military, purchase/produce more weapons, get government spending under control, eliminate inflationary and anti-growth policies like the carbon tax, and end the assaults on the rights and freedoms of Canadians that have so severely divided the country.

It’s not exactly a very complicated set of policies to enact.

But all of that would require Canada to be led by someone who could first understand the concept of the national interest, and secondly believed that Canada had the right to look out for that national interest.

Neither of those describes Justin Trudeau.

And thus, it’s important to ask ourselves exactly what Justin Trudeau has spent his time in office doing?

Has he strengthened the economy?

Has he strengthened our relationships with our allies?

No. Our refusal to contribute more to our own defense and our refusal to sell more energy resources to our allies will certainly be ‘remembered’ whenever we ask for help in the future, something that doesn’t bode well for us.

Is our military stronger?

Are we more united?

Anything but. Division and anger run rampant across the land.

The sad truth is that Justin Trudeau has spent his time in office weakening Canada.

But why has this happened?

Why have people put up with this for so long?

The key reason is that Canada has long been able to get away with being unserious, and unseriousness has become habit.

As a result, our population must recalibrate our assessment of leadership for a dangerous world.

While people make that recalibration, Justin Trudeau is a leftover product of the unserious mindset so many Canadians had.

Many in this country felt that the big issues weren’t a problem, that we could simply vote for those who mouthed politically-correct platitudes while redistributing a seemingly stable and nearly endless amount of wealth. Additionally, we could all feel great about ourselves by ‘saving the planet’, while the economic cost would be paid by ‘others.’

That attitude was always dangerously naïve, but naivety doesn’t always have immediate consequences.

We have been so protected by our connection with the US, our position in NATO, decades of relative world peace (the absence of great power competition), and the accumulated prosperity of past generations, that we could kind of get away with just hoping for the best.

But that isn’t possible anymore.

Regardless of what people may feel or want, reality is now forcing our hand.

Squandering our energy resources, imposing carbon taxes, failing to build up our military, falling deeper and deeper into debt, all of this now has immediate and negative real-world consequences.

And that will continue to happen so long as unserious leaders remain in power.

Thus, we will either recognize that ‘leaders’ like Justin Trudeau are antithetical to Canada’s national interests, or our country will become weaker and more vulnerable with each passing moment.

It’s long past time for all Canadians to understand this.

We need a new government, and that government doesn’t have to be led by perfect people. All it has to do is be led by people who don’t hate the foundation of this country as Justin Trudeau does, and who believe that our nation is worth defending.