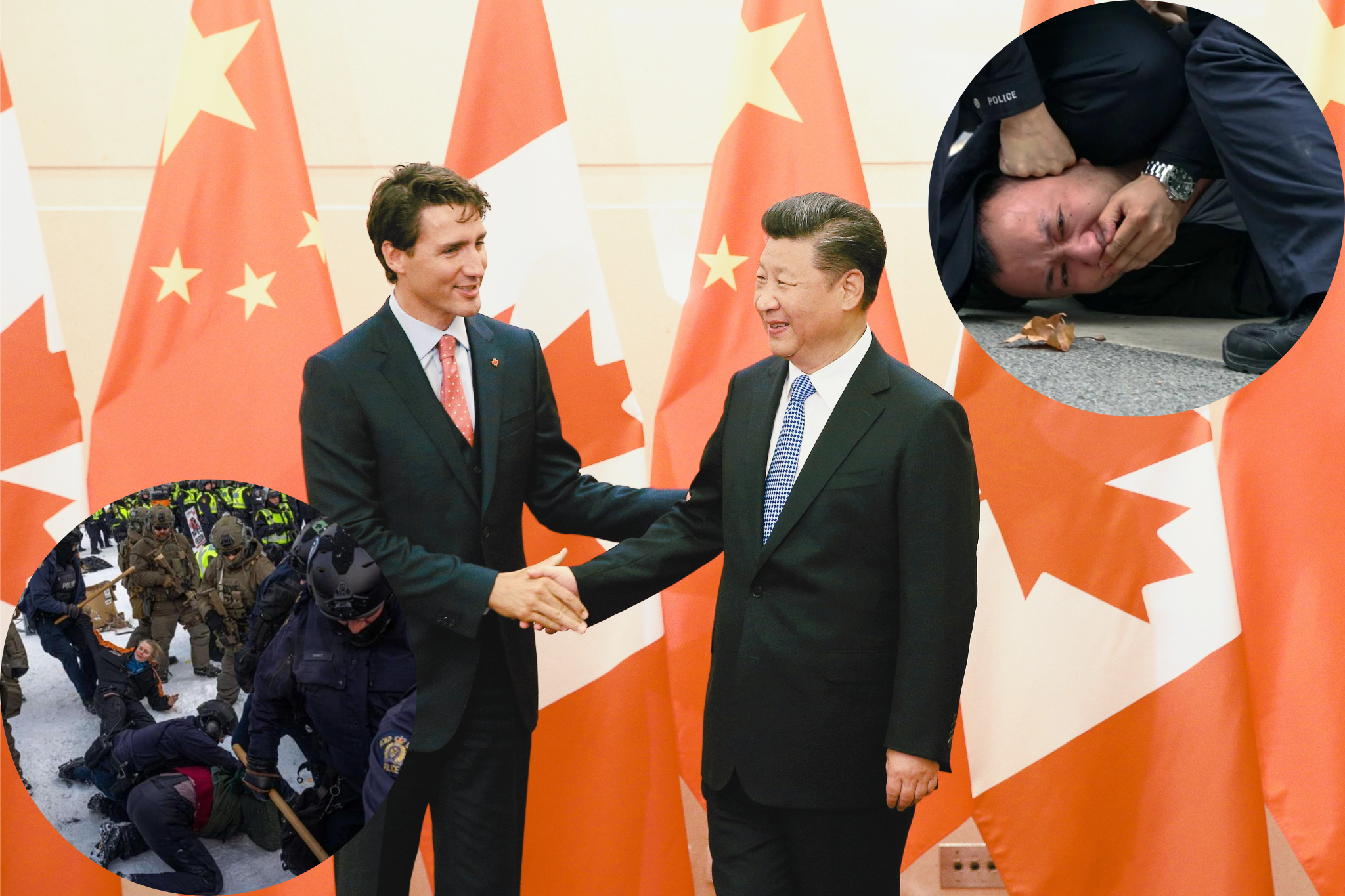 The Liberals are playing an interesting game as people in China protest against draconian ‘zero-Covid’ policies, and as Canadians draw parallels with what happened in our country during the Freedom Convoy.

They can’t accept the legitimacy of the concerns of the Freedom Convoy protestors, because that would imply the government had overreached in its imposition of vaccine mandates, and would make the use of the Emergencies Act look even worse.

But they also can’t openly side with the Chinese Communist Party regarding the protests in China, since the CCP is massively unpopular in Canada.

So, they have to pretend to be fully supportive of protests against authoritarian Covid measures, while also defending their invocation of the Emergencies Act.

“PM Justin Trudeau: "Everyone in China should be allowed to protest. We will continue to ensure that China knows we will stand for human rights and with people who are expressing themselves."”

On Twitter, Wall Street Silver pointed out the rampant hypocrisy, contrasting Trudeau’s words about China with his actions in Canada:

"Everyone in China should be allowed to protest. We will continue to ensure that China knows we will stand for human rights and with people who are expressing themselves."…

Now, when this hypocrisy is pointed out, you will see many Liberals saying the situation in China and Canada can’t be compared.

They’ll claim the Freedom Convoy was simply ‘selfish’ or some other insult, while praising the courage of China’s protestors.

The problem with those claims is that it is based on a deliberate misreading of the situation, and a deliberate effort to ignore the similarities.

To start with, people should consider that while Canada and China are obviously different, both the Freedom Convoy and the protests in China featured a group of fed-up citizens expressing their opposition to draconian Covid measures.

In both cases, citizens experienced a decline in their rights and freedoms, though the starting point (fewer freedoms in China) was different.

In both cases, the central government claimed their restrictions on rights and freedoms were justified for ‘the greater good,’ and said individual rights needed to take a backseat to so-called collective health.

In both cases, supporters of the government have denounced the protestors.

In fact, both the Liberal government and the Chinese Communist Party attempted to demonize protestors as being ‘foreign-funded.’

In both cases, state media pushed the government narrative and attempted to delegitimize the protestors.

In another disturbing similarity, China has sent in tanks to quell unrest in some parts of the country, while the Liberals ‘joked’ about doing this in internal correspondence.

As we consider all of this, we must understand that the Liberals are far more constrained by Canadian social norms and legal limits on state power (some still exist here), than the Chinese Communist Party.

The Liberal government went as far as they could – literally invoking emergency powers and cancelling bank accounts – and were really only held back by the fact that Canadians – as a nation founded on ideals of individual rights and freedoms – thankfully have a lower tolerance for authoritarianism than China.

A final point that must be made is that what really matters – what people notice most – is the direction of events, or the direction of a country – whether that country is becoming more or less free.

As noted previously, in both Canada and China freedom was being constrained, with rights taken away compared to the baseline, and things were getting worse. That – along with a clear perception that the government was unwilling to listen – is what generated such pushback.

Whether supporters of the government think the response is warranted or not doesn’t change the fact that a response took place.

You can be sure that both hardcore Liberals and hardcore CCP supporters in China view the protestors in their respective countries as foolish, ‘dangerously anti-government,’ and as necessitating a harsh state response.

And, you can be sure that hardcore Liberals are cheering on the reams of censorship and anti-free speech legislation being pushed in this country, just as CCP partisans in China cheer on restrictions on free speech there.

The point isn’t that both countries are the same – which they obviously are not – but that both are trending towards more authoritarianism and less freedom, and people are rightfully pushing back in both cases.

The Liberals are desperate for people not to figure this out, because it would expose what kind of a party and government they have really become.