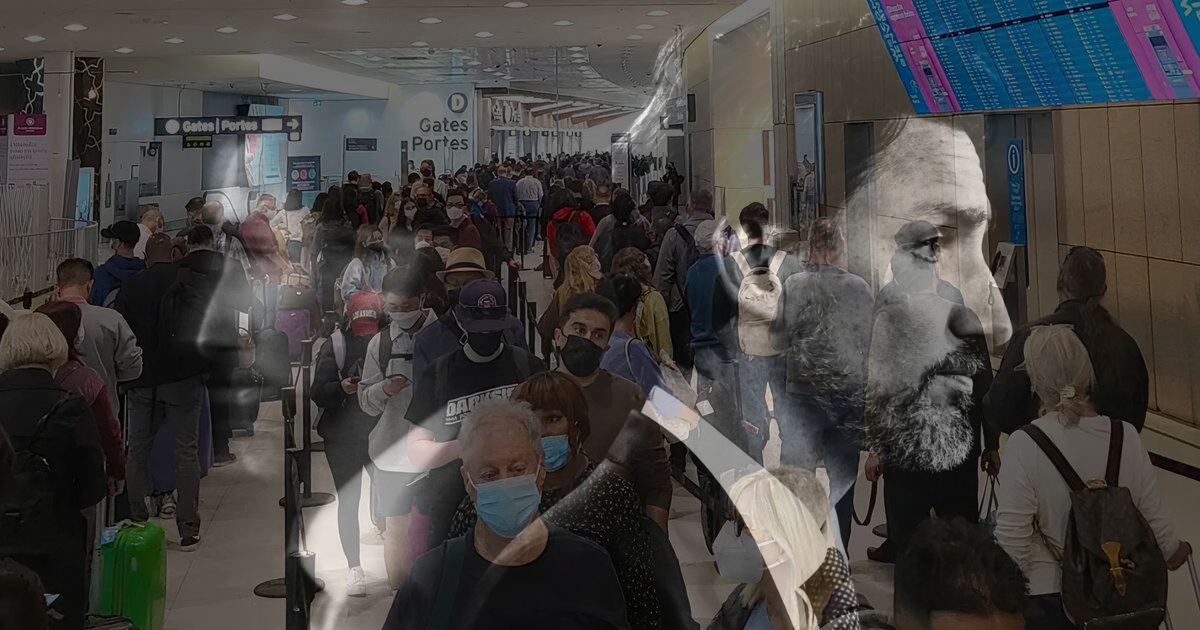 What is the Trudeau government good at?

As obsessed as they are with expanding their power and control over your life and the lives of Canadians, the Liberals are horrendous at actually governing the nation.

We’ve seen countless examples of this, and the most egregious at current is the fiasco at Canadian airports.

It has every element of Liberal ‘governance’:

An unwillingness to listen.

A key cause of the airport fiasco is the divisive continuance of the vaccine mandates, mandates that even the Canadian Airports Council is now demanding to be ended.

There’s the incompetence of the government not even being able to manage the airports – something for which they bear full responsibility.

There’s the vendetta-driven aspect of the Liberals ignoring all the evidence in order to punish their perceived ideological opponents and deprive millions of Canadians of their rights.

There’s the unwillingness to listen to the mounting criticism and the surging outrage of Canadians.

And of course, there are the pathetic attempts to use American political issues to distract the populace rather than actually deal with what is happening in this country.

As bad as it is for Canadians to be subjected to a government that is both power-obsessed and incompetent, it gets even worse.

Because even as the Liberals continue to discredit the federal government, Canada’s other institutions are proving that they can’t be trusted either.

The Supreme Court has made some horrendous rulings lately. They ruled that voluntary intoxication was a valid defense in violent assaults, and struck down life imprisonment for mass murderers, two decisions that fly in the face of common sense and have caused immense anger in the country.

Among other things, Wagner said, “forced blows against the state, justice and democratic institutions like the one delivered by protesters … should be denounced with force by all figures of power in the country.”

Wagner seems far more interested in preserving state power than he does in upholding the impartiality of the Supreme Court.

As a result, millions of Canadians will see the Supreme Court as an institution that we cannot trust.

The Bank of Canada is also on that list of untrustworthy institutions, having been wrong over and over again, and attempting to criticize those who turned out to have been correct.

With their actions leading to devastating inflation, and having enabled Justin Trudeau’s damaging economic policies, the Bank of Canada has hemorrhaged most of their credibility with Canadians and become a divisive and politicized institution.

And of course, we can’t forget about the establishment press.

Once widely respected, the establishment media is now reduced to begging for state censorship, taking taxpayer-funded bailouts, and increasingly speaking power to truth rather than truth to power.

In many ways, the establishment media operates as a thinly-veiled extension of the federal propaganda apparatus, a complete inversion of their traditional role.

This is a key reason why Independent media is surging in popularity and influence, filling the gap left by those who once promised to hold the government accountable.

With four of Canada’s most powerful institutions – the federal government, Supreme Court, Bank of Canada, and establishment media – all demonstrating that they cannot be trusted, Canada has two ways to proceed.

One way is being advocated by the untrustworthy institutions and actors themselves, like Justin Trudeau, Jagmeet Singh, or even the present comms strategy belonging to Jean Charest. They seek to insulate institutions from criticism, and instead demonize those who ‘dare’ to ask questions. They think the problem is the anger of the public, rather than the conditions that have generated that anger.

Another way is being advocated by those who value freedom, limited government, and accountability. We see the need for reform and accountability, and believe that in a democracy no institution should be insulated from criticism. We believe that power should be returned to the Canadian people, and that our discredited institutions should return to a servant role, rather than seeking to be masters of Canadians.

This fundamental disagreement on how our nation should proceed will be the defining issue going forward in Canadian politics, and will determine whether our nation remains mired in division and economic failure, or whether we embrace Liberty Again and achieve our full potential as Canadians.