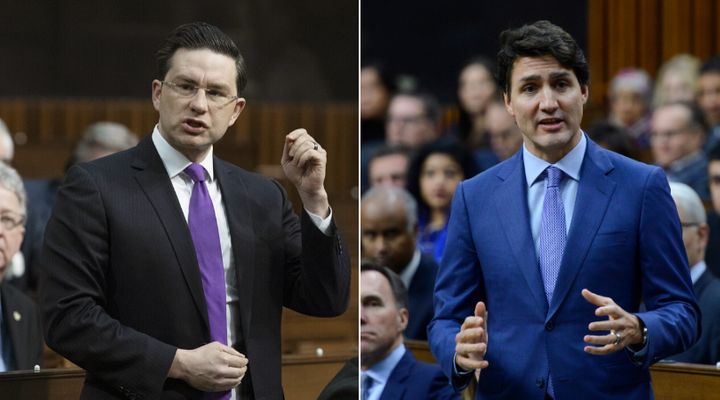 The choice in the Conservative Leadership race will come down to this:

Do you want a clean break from Justin Trudeau’s policies, or do you think those policies just need some tweaking around the edges?

The candidates may not frame it that way of course, but it is the underlying reality, and what the CPC membership decides will have significant implications for this country.

At this point, nobody in this country – aside from government-dependent media – can deny that Canadians are being crushed by inflation.

Even the official inflation rate (real inflation seems much higher) is at a 30-year high.

A majority of Canadians now say they are cutting back on driving due to surging gas prices.

All across the country Canadians are struggling, with expenses on the rise and prosperity moving further out of reach.

The question is, how do we respond to this?

What should Canada do?

Answering that question requires understanding how we got here in the first place.

Unfortunately, much of the political class has a vested interest in ensuring people don’t understand.

For years, Canada has been experiencing ‘false growth’.

Our economy is based on more and more debt, with the housing market playing an outsized role as a percentage of GDP, a rising population, and large-scale money printing by the Bank of Canada.

Meanwhile, productivity – the only kind of economic growth that is ‘real,’ has stagnated.

In terms of per-capita GDP, Canada has been moving backwards.

Our failure to achieve real growth in the present has led us to borrow from the future and build upon an increasingly unstable economic foundation.

If a critical mass of Canadians recognizes this, then there will be a growing demand for significant policy shifts of the kind Pierre Poilievre is offering.

Poilievre’s opposition to the carbon tax would also help to reduce inflation, since the carbon tax is a policy explicitly designed to raise prices and make life more expensive.

Unfortunately, some of Poilievre’s opponents in the CPC leadership race have embraced carbon taxes, and – in the case of Jean Charest – have denounced Poilievre for criticizing the inflationary actions of the Bank of Canada.

What that means is the CPC may end up being led by someone who thinks carbon taxes are great, who thinks the Bank of Canada has done a great job, and who thinks we just need some tweaks to Trudeau’s fiscal policies, rather than a reversal of those policies.

Stuck in the inflationary mindset

One of the reasons Erin O’Toole’s leadership began to fall apart was that many Canadians felt they weren’t being offered a real choice.

There are a large number of Canadians who want to see a return to balanced budgets, who want the Bank of Canada to stop devaluing our currency, and who want to see more limited government and individual freedom.

They don’t want a few small changes to Trudeau’s agenda, they want that agenda to be rejected.

If the CPC ends up being led by someone who supports punitive carbon taxes and is stuck in an inflationary mindset, our country will continue to go down the road of deficits, debt, and devalued money.

In turn, since inflation has such a destructive impact not only on our economy but also on our social ties, continuing to support inflationary policies would lead to more anger and division.

It’s deeply ironic that the same political establishment that is so scared of ‘populism’ fails to recognize how inflation and the subsequent robbing of Canadians’ purchasing power leads to the justified anger that is often behind populist movements.

The establishment is desperate to avoid this reality.

For Canada to avoid a future in which our country remains divided and enraged, and if we are to avert complete economic disaster, we need a clean break from Justin Trudeau’s failed inflationary policies.

Nothing less will suffice.