Will Justin Trudeau Be Held Accountable For The First Time In His Life?

Early indications are that some Canadians are wising up to the fact that Trudeau will say literally anything to hold on to power. Will this be his long overdue accountability moment? 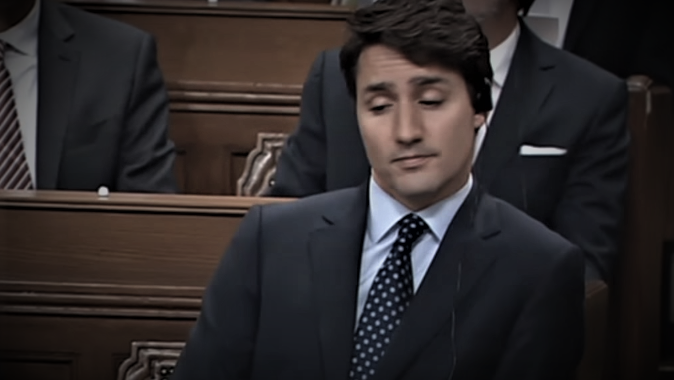 And it’s about far more than money.

Trudeau has enjoyed the privilege of power.

A lifetime of never being told "no", of never facing consequences for his actions.

He always implicitly had a bailout waiting for him if he got in trouble.

The same has been true in politics.

Trudeau started off as a quite popular PM, but the more Canadians have seen him in office, the less popular he has become.

In this campaign, we have already seen Trudeau reverse himself from just a few months ago, shifting from saying Canada isn’t a country that mandates vaccination, to now aggressively pushing vaccine mandates and vaccine passports.

He’s even using his own children as political tools:

“With a kid under 12 who can’t get vaccinated, I’m infuriated by this. You should be too.”

Funny enough though, in May of this year, Trudeau was saying the opposite.

What changed between now and then?

Obviously not Trudeau’s values or principled beliefs, since he lacks those.

Rather, all that changed was his perceived electoral interest.

Usually, this is what we expect from politicians.

They say what they need to say to get votes.

Yet, what Trudeau is doing is something beyond that.

He’s not talking about a shift on taxation or spending.

He’s talking about the core rights of Canadians.

He’s talking about individual freedoms and making those freedoms dependent on people doing what the government tells them.

He’s trying to spread fear and anger, and he wants Canadians to direct that anger towards unvaccinated individuals, because he feels that will help him split the country and win more votes so he can stay in power.

That’s more than just being naïve, or spending too much money, or being arrogant, or even being a garden variety dishonest politician.

This is far worse.

It is also the inevitable result of someone who is power hungry and has gotten away with so much over their life.

They begin to feel they will never be held accountable.

They think they’ll get away with anything.

They think power is their entitlement and their birthright.

Someone with Trudeau’s pathological dishonesty and entitlement will become more and more dangerous if it seems power could slip away from them.

Hence, a slight narrowing in the polls has already pushed Trudeau to fear-monger about abortion (something the Liberals usually wait a few weeks to do during campaigns), literal Twitter-flagged ‘misinformation’ and – as we saw above – Trudeau is even using his own children to try and score political points.

This means the campaign will only get more and more ugly.

We have a Prime Minister who has selected a specific group of Canadians – unvaccinated individuals – and is directing fear and anger towards them so that he can create an ‘us vs them’ mentality.

History shows how dangerous that is.

Even someone as ignorant as Justin Trudeau knows that history, and thus he has simply decided that the danger to the nation and the harm it does to Canada is worth it, if it helps him secure more political power.

A combination of a compliant and largely bought-off media, large scale government spending, and the understandable desire Canadians have to place at least some trust in their leaders, has let Trudeau get away with a staggering amount of hypocrisy and dishonesty.

Yet, there are indications some Canadians are waking up.

A recent Ipsos poll showed 44% saying Trudeau ‘will say anything to get elected,’ while 36% say Trudeau has a ‘hidden agenda.’

Those numbers are higher than those who make the same claims for other parties, and is a reversal of the trend the Liberals have tried to entrench – the fear of a ‘conservative hidden agenda’.

The accumulation of Trudeau’s lies, his arrogance, his willingness to turn Canadians against each other, plus his past comments expressing support and admiration for ruthless dictatorships may be changing the minds of enough Canadians.

While none of the choices on offer this election appear great, the imperative of defeating Trudeau must be the number one focus.

It certainly is not ideal, but every CPC candidate and NDP candidate who beats a Liberal represents a further weakening of Justin Trudeau’s power-obsessed personality cult.

Justin Trudeau has become a uniquely divisive and dangerous force in Canadian politics, and this election is Canada’s chance to rid our nation of his malignant influence through the democratic process.

It is time for Justin Trudeau to finally be held accountable.