Trudeau Is Desperate To Entrench Expanded Power Before The Fear Fades 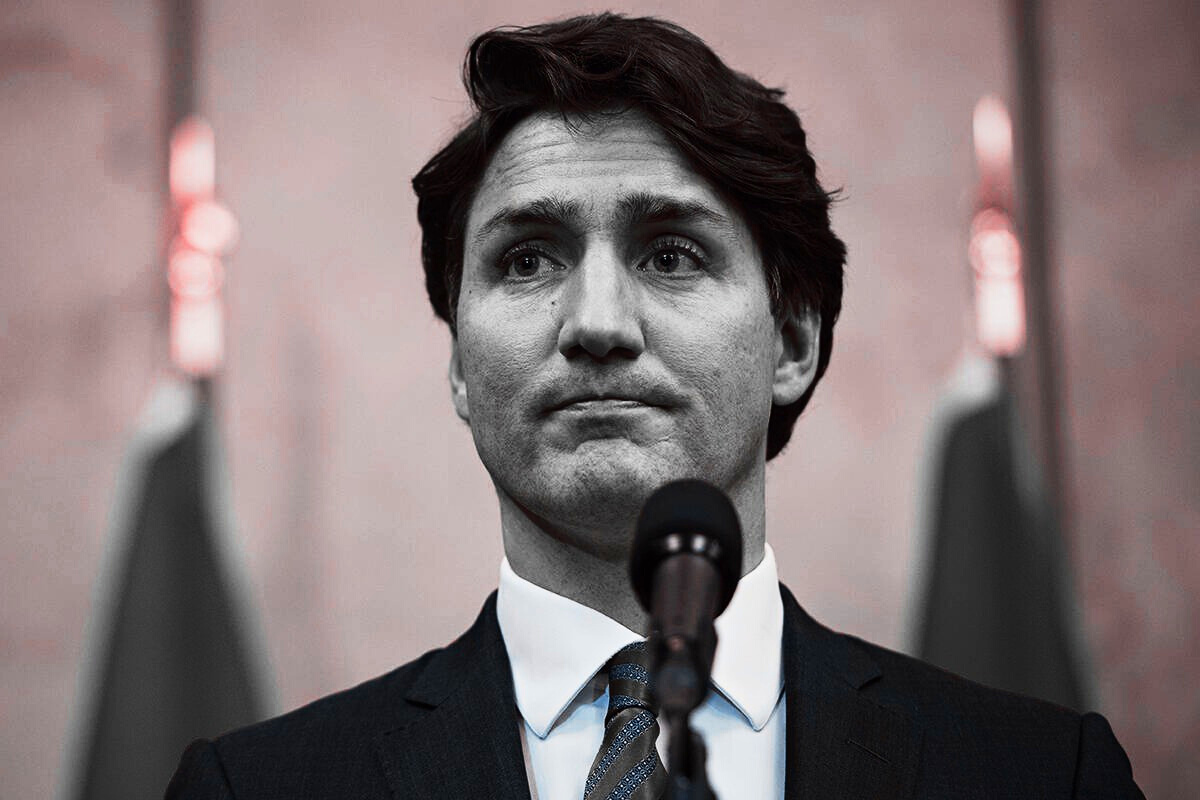 Do you see it?

Do you see the difference?

Do you see how many leaders around the world are – belatedly – ramping down the fear-based rhetoric?

Do you see how many leaders around the world are starting to admit that Omicron should represent the end of restrictions and lockdowns?

And do you see how – amid all of this – Justin Trudeau and the Liberal government seem determined to do the exact opposite?

To listen to what Trudeau and the Liberals say is to hear zero discussion of how covid will become endemic, nothing about how restrictions and lockdowns have failed, and no rationality or perspective.

Instead, we get calls to ‘hunker down,’ more deficit spending, and a vaccine mandate for truckers, a policy that seems like deliberate economic sabotage.

What ties together all of Trudeau’s actions and rhetoric?

A desire to ensure that the feeling of crisis never ends.

That is the most realistic explanation for Trudeau’s horrendous decision to impose a vaccine mandate on truckers.

Truckers are not spreading the virus, and it’s a job where much of the time is spent in relative isolation.

Further, truckers are the backbone of our economy, and without them civilization as we know it would not be possible.

These days, many people seem to think that food ‘comes from the store,’ not realizing that without truckers the grocery shelves would be completely bare.

To a very large extent, truckers are the supply chain.

For those who claim that it’s ‘no big deal’ since most Canadian truckers are vaccinated, that ignores the fact that even a small percentage of truckers who are unable to work will damage already fragile supply chains.

It also ignores that many truckers in the US aren’t vaccinated and given how integrated our economy is with the US the loss of potentially 40% of trucker traffic into Canada is devastating.

In addition, springing such a policy on truckers is deeply disrespectful to them. At one point, politicians like Justin Trudeau liked to praise and acknowledge those who kept the economy afloat, now he sees them to further divide the country and score political points.

We need to keep talking about how absurd and dangerous the vaccine mandate for truckers is, because the damage that could be done to Canada’s economy and society is immense.

Already, our supply chains were under severe strain, and prices were rising rapidly due to the debasement of our currency.

To throw those supply chains purposely and deliberately into chaos and knowingly generate even worse shortages is an act of economic sabotage.

Our country is in essence being attacked from within, sabotaged and betrayed by our own federal government in what is an act of reckless disloyalty to Canadians.

Every job lost, every family thrown into poverty, and every bit of economic damage that follows from this policy is the direct responsibility of Justin Trudeau and the federal government.

They decided to impose such a brutally misguided policy, and they must be held accountable for the consequences.

Remember, even before he was PM, Justin Trudeau was expressing admiration for Communist States like China since they could ‘get stuff done.’

Well, Communist States tend to be set up and entrenched in periods of fear and crisis, when everything is unbalanced, and when the economy is in a state of turmoil.

Those with an extreme agenda first seek to destroy, then rebuild in their own image.

Trudeau and others with an agenda to entrench state power are surely aware of this, as we saw when he called the pandemic an ‘opportunity’ to do things that wouldn’t otherwise be possible (AKA things the public wouldn’t stand for unless they were distracted and terrified).

‘Move faster and do more’

Whenever Trudeau or other Liberal MPs are confronted about the economic damage and irrationality of their virtue-signalling climate policies, they like to claim that Canadians are calling on them to ‘move faster’ and ‘do more’.

It’s a way of doubling-down whenever they face criticism.

Yet, ‘move faster and do more’ seems the most apt way to describe Trudeau’s approach to attempt to get as much power as he can out of this moment of fear.

Trudeau and his cronies seem terrified of the eroding fear.

For Trudeau, the only thing he must fear is the absence of fear itself

As rationality increases, people start looking around at the state of things and start asking more questions.

And when people start asking more questions, and when the answers point to their own federal government sabotaging the economy and robbing them of their purchasing power, people tend to be quite unhappy about that.

That’s why each of us needs to help those around us let go of state-induced fear and paranoia and stand up for the truth.

Canada can only remain the true north strong and free if we have the courage to reject Justin Trudeau’s power-hungry promotion of endless fear.