There is no depth to which Trudeau won’t sink in his quest to hold on to power. 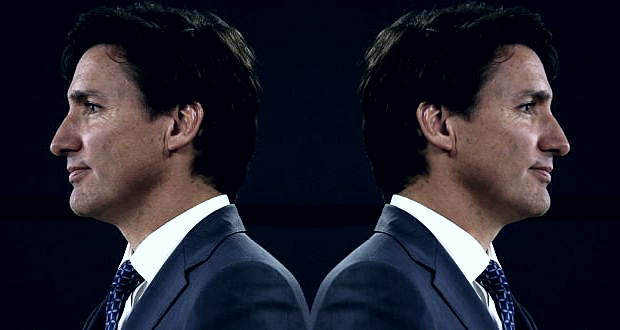 The mask is off now.

There will be no ‘respect’ for other perspectives.

No respect for women "experiencing it differently".

There will be no fact-based rationality.

There will be no defense of individual rights and freedoms.

Instead, there will be just two things:

Justin Trudeau is now openly campaigning on making some Canadians hate and fear other Canadians.

To say it’s disgusting would be an understatement.

Just watch Trudeau’s recent remarks, in what should forever be dubbed the vile ‘those people’ speech:

“Trudeau just referred to the unvaccinated as “those people” and said they put their own kids at risk.

He is so desperate I expect him to promise to take away peoples’ kids next.”

The rhetoric Trudeau is using is the most divisive and dangerous we’ve seen from a Canadian PM in decades.

Consider the claims he is making.

First, he’s weakening the confidence of Canadians in the vaccines, since his rhetoric implies that vaccinated Canadians are still at large-scale risk.

Second, when a politician starts saying that ‘those people’ are putting your kids at risk, they are heading towards a very dangerous place, since that kind of wording is all about creating popular support for taking more and more rights away from ‘those people’.

On this point, we also must note how dramatically the goalposts have shifted once again. For nearly the entire pandemic, we were repeatedly told that children were at low risk, and the focus was supposed to be on protecting the most vulnerable – particularly the elderly. Yet, just as things were starting to open, and just as vaccination rates reach the levels our leaders claimed would lead to full reopening, all of the sudden it all became about ‘the children.’ Just as the fear was beginning to fade away, the biggest fear of all – children losing their lives – became the cudgel for increased restrictions and control.

And that brings us to the third point with Justin Trudeau’s disturbing ‘those people’ speech:

“The federal government has announced we’re going to pay for the development of those privileges you get once you get vaccinated.”

This is full confirmation of what I’ve been saying for a long-time: Canadians must wake up and realize that we don’t have ironclad rights anymore. We have privileges doled out by politicians on their whim.

We really need to think about the consequences of this.

We have a PM who says that our rights and freedoms are something the federal government ‘pays’ to develop and only gives to those who do what the government tells them.

That certainly vindicates everyone who said politicians like Trudeau would never be willing to let go of the fear-based environment, and would continue shifting the goalposts over and over and over again.

From “15 days to slow the spread,” to ‘the government develops your privileges once you get vaccinated.’

Quite a big change.

As you look at Justin Trudeau’s ‘those people’ speech, you can certainly recall how much it resembles some of the most dangerous rhetoric throughout history. I don’t even need to give specific examples of leaders who dabbled in similar ways of speaking, you know exactly what I mean.

The fact is free and democratic nations are largely defined by the belief that our leaders and politicians refuse to pick and choose targeted in-groups and out-groups and refuse to direct hate towards those groups.

When the laser focus is on a specific group, leaders will often make statements that acknowledge not everyone in a group is responsible, that individual rights still matter, and that we need to focus on what unites us.

By going in the total opposite direction, by purposely spreading fear and hate, Justin Trudeau is once again showing that he is fundamentally opposed to the values of this country.

Trudeau is willing to say and do anything to try and hold on to power, and he seems willing to take the country down with him into a spiral of division and rage.

That’s another strong reason why this election must be about voting Anyone But Trudeau.

His time in power must be brought to an end.