The Trudeau Experiment Is Over: A Country Can’t Survive Without Unity, Patriotism & Identity 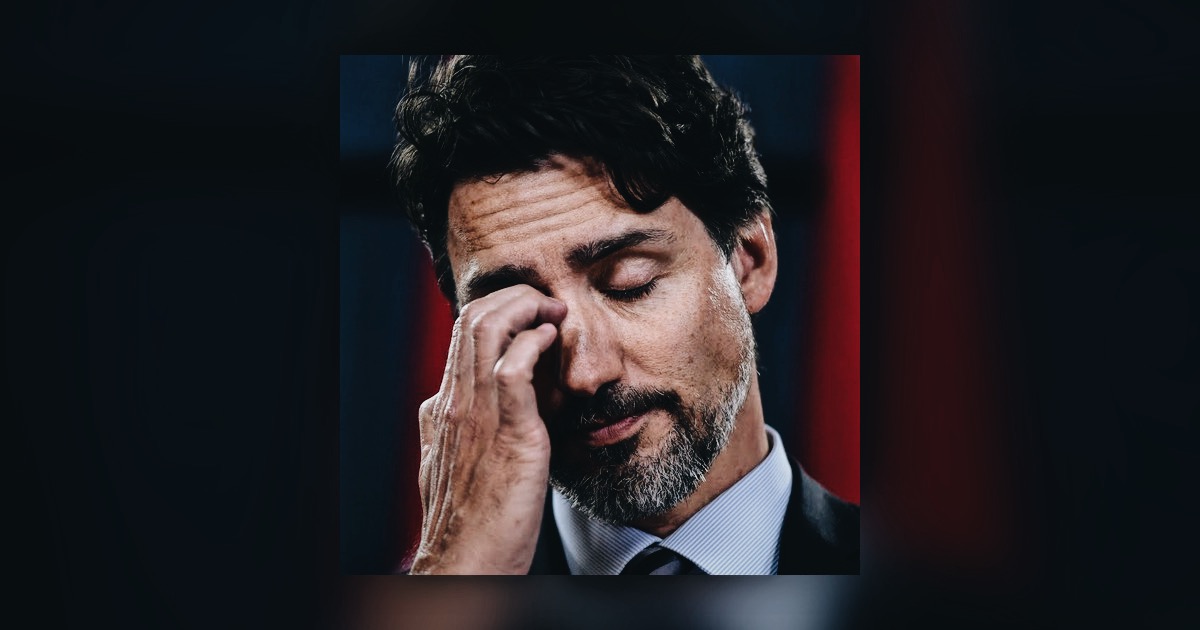 Justin Trudeau's time as Prime Minister has been the culmination of many long-term trends in Canada. Those trends, pushed by the elitist academic & political class, have led to what is essentially an experiment conducted on an entire nation:

Can a country survive without any sense of national unity, without patriotism, and without a common identity?

We’ve been living that experiment for the past half a decade.

And now, without any doubt, the results are in:

The answer is a resounding no.

As we look all around us we can see that Canada is falling apart.

Hundreds of billions of dollars of energy projects have been scrapped, while investment surges in other countries.

Western alienation is at an all time high, with a very real possibility that an Alberta independence referendum is not far away.

The economy is being crippled by illegal blockades, blockades led in large part by radical activists who are opposed to what First Nations People actually want for their own communities, while arrogantly claiming to act in their name.

Lawbreakers are emboldened like never before, realizing that the Trudeau Liberal government is too weak to confront them and too scared to actually defend and enforce the rule of law.

And law-abiding Canadians of all backgrounds are looking around in bewilderement, wondering why we should be beholden to the rules and the laws if there aren’t any consequences for criminals blocking our essential infrastructure and risking national catastrophe.

This is all connected.

The core problem is that Justin Trudeau, and those who pushed the ‘Post-National Canada’ experiment simply don’t believe in Canada.

Rather than recognizing that Canada’s history, while certainly containing some moments of darkness, is on the whole positive and worth being proud of, they’ve denigrated all of it, saying that Canada is nothing but a ‘colonialist’ ‘settler state’ founded on ‘genocide.’

Rather than acknowledging that Canada was built upon the foundation of Western civilization, a civilization that led to the flourishing of free thought, free expression, democracy, and liberty, they’ve demonized the very idea of Western civilization itself, erasing its accomplishments, ignoring its legacy, and seeking to wipe out any understanding of Canada’s true lineage.

An entire generation has been taught that Canada was founded upon nothing but evil, and is therefore illegitimate.

Trudeau is the embodiment of this mindset, which reached its ‘apex’ when he accused the government he himself led of being part of an active ‘genocide.’

At the same time, the Liberals have demonized anyone who advocates for a unifying sense of Canadian patriotism and Canadian identity, absurdly equating it with ‘racism’ and ‘xenophobia.’

The establishment media was glad to oblige along the way, giving legitimacy and credence to the dismantling of Canadian national strength.

Over many years, what started as a radical fringe viewpoint in a few universities now dominates the education system, the political system, and the media.

And now, we see the consequences.

A nation that believes itself to be illegitimate can’t uphold the rule of law.

A nation that believes itself to be founded on genocide can’t have pride in its history.

A nation that believes it has no identity will be unable to muster any strength in a crisis.

And a nation that believes its own foundation is something to be ashamed of will submit to whomever denigrates it the most aggressively.

Time is running out for Canada.

Only by acknowledging the experiment that has been so recklessly conducted upon our nation, and only by refuting it and courageously fighting for a Canada that is unified, patriotic, and proud of our identity and civilization, can we rescue this great nation before all is lost.