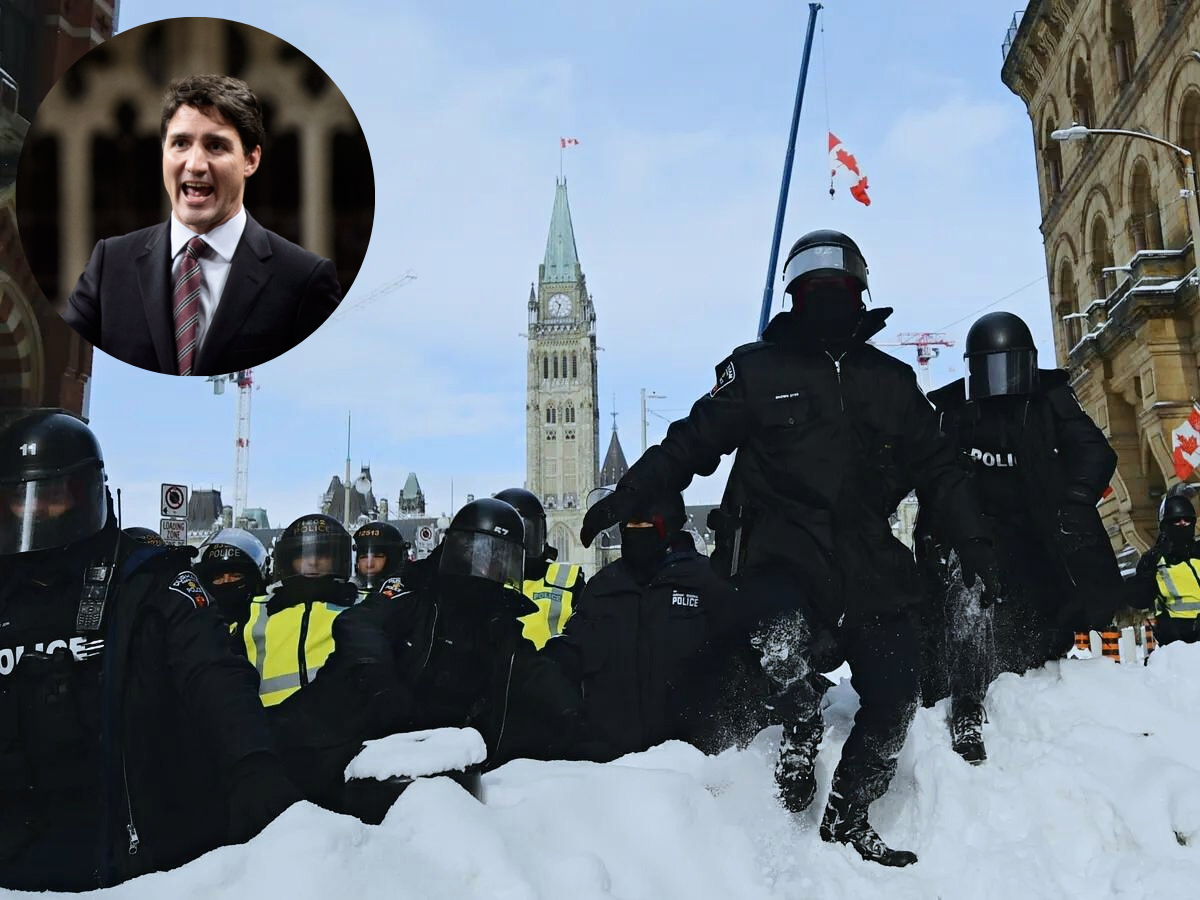 So, how’s that Emergencies Act inquiry going for the Liberal government?

Well, saying it’s going “badly” would be an understatement.

Witness after witness has wrecked the Liberal narrative, and this week has been particularly devastating for the Liberals.

For example, we learned that public safety minister Marco Mendicino cravenly tried to win Katie Telford’s favour by slamming a deputy minister for wanting to negotiate with the Freedom Convoy, showing the Liberals were always seeking to maximize division, conflict, and anger.

She also appeared not to understand how the act worked, raising further questions about how she still has a job at this point.

And – most dramatically – we learned that the Liberal cabinet was advised by CSIS that the Freedom Convoy did not constitute a threat to Canada’s national security.

Yet, the Liberal cabinet decided to ignore CSIS, and declared the Convoy a national security threat anyway.

So, what is going on here?

What ties all of this together is the obvious truth that the Trudeau government made a political decision to invoke the Emergencies Act, and would have done so regardless of the evidence or what they were told by law enforcement.

They wanted to inflame the protest into a crisis, they wanted to claim their opponents – including the millions of patriotic Canadians who opposed the mandates and restrictions, and including elected Conservative MPs – were a national security threat, and then they wanted to use that supposed ‘threat’ to destroy their political opponents.

The Trudeau government wanted the Freedom Convoy to turn violent.

It may be the most crass and cynical thing we’ve seen in Canadian politics in decades, and Canada is still paying the price for it in ongoing national division.

And, though you’ve seen me say it before, the fact is that we can’t overlook the ongoing link between Trudeau’s actions and his past support for China’s “basic dictatorship.”

The authoritarian use of state power.

The attempt to destroy the livelihoods of political opponents.

Laundering false narratives through state-controlled or state-influenced media in order to justify crackdowns on protestors.

All of it is disturbingly similar to the playbook of the Chinese Communist Party.

With the Emergencies Act, Trudeau saw his chance for CCP cosplay, and he took it.

While some Canadians will read that and perhaps feel it seems absurd at first glance, the more people think about it the more people are realizing that a more sinister way of thinking is animating the Trudeau government.

Consider the words of Aaron Wudrick:

“Maybe I've been too charitable to the Trudeau govt, thinking maybe they just panicked and overreached by using the Act. These texts between staffers sure make it sound like they were happy to milk media coverage of the convoy for "framing" purposes, to their political benefit.”

You can be sure that many Canadians are starting to question themselves for having once given the Trudeau Liberals the benefit of the doubt.

The endlessly-changing narrative on the invocation of the Emergencies Act must give some pause to even the most ardent defender of the Trudeau government (though Trudeau’s most rabid supporters often resemble more of a cult than a political operation).

And it’s fitting that the Liberal narrative on the Emergencies Act is falling apart as our country learns that Trudeau has done next to nothing to protect our nation from China’s efforts to subvert our democracy.

Trudeau even yet again refused to say China was committing genocide, a charge he has been glad to level against you and I as Canadian citizens.

Canada stands out as an outlier when it comes to the Five Eyes countries in our weakness towards China and refusal to protect our country, even as a few members of the Liberal cabinet have started to take a tougher stance.

Clearly, the core problem here is Trudeau, and his affinity with a deeply anti-Canadian, anti-Western, anti-Freedom way of thinking. One snippet of a video at a global conference won’t change that.

At the end of the day, we shouldn’t be surprised that a country led by someone who despises our nation is falling further into the abyss of division, economic decline, and subversion by foreign powers.