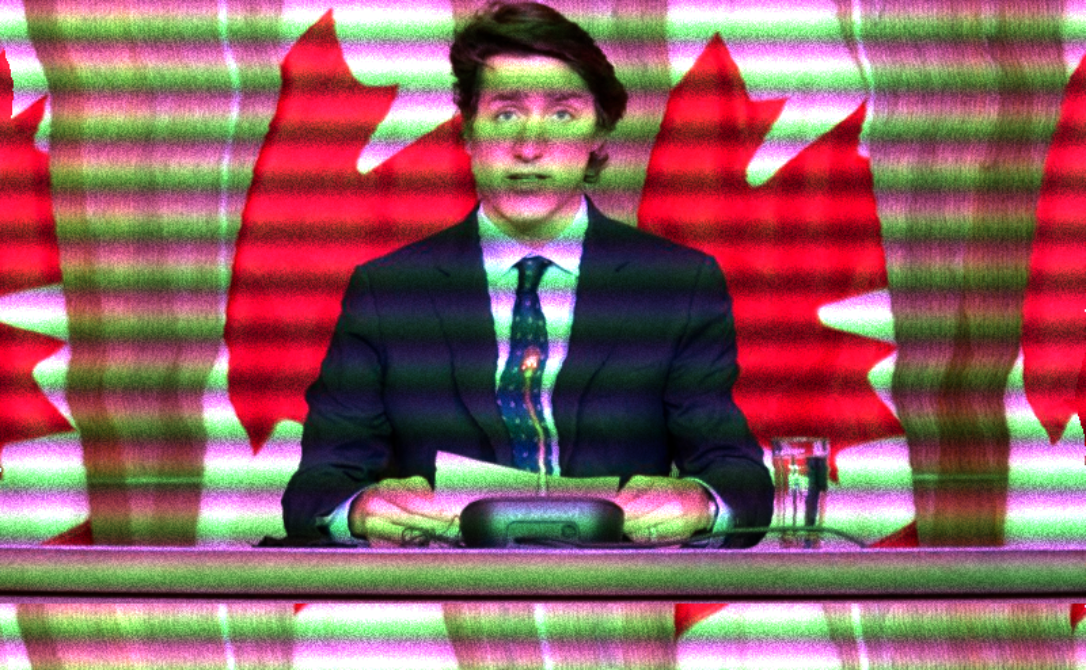 With the world in crisis, Canada is a nation unable to contribute much in the way of support for our allies or our values.

At home, Canada is a nation more divided than ever before, with Trudeau’s authoritarian power-grab through the use and abuse of the Emergencies Act, including freezing the bank accounts of protesters, having further destroyed trust in Canada’s institutions.

Abroad, Canada is largely regarded as an irrelevant joke, without much in the way of military power or economic leverage.

This sad reality is a direct result of the actions of the Trudeau-Liberal government.

Over many years, Russia has been increasingly emboldened and enriched by the fact that they have massive leverage over Europe.

That leverage exists because of Russia’s dominance of the European energy market.

That dominance exists because Europe, along with Canada and the United States, allowed ‘activists’ like Greta Thunberg to dictate their energy policy.

An angry and ill-informed child was able to show up to all the big international conferences and harangue our political leaders.

As she was doing that, activists and left-wing political parties were seeking the elimination of the coal industry, the weakening of the oil & gas sector, and even a shutdown of nuclear energy production across the Western world.

Of course, the energy sources listed above provide an overwhelming majority of all energy. So, if those sectors are weakened, that will necessitate imports from countries that have the basic level of common-sense to avoid strangling their own energy production.

And that’s exactly what happened.

Predictably, imports of oil & gas from places like Russia increased, giving Russia more leverage over a larger group of nations.

Justin Trudeau was glad to feed into all of this, seeking to ostracize Alberta and Western Canada to gain a few extra votes in the East.

Unfortunately for Canada, Justin Trudeau – a profoundly unserious person – happens to oversee a country with massive energy resources, meaning his strangling of our energy sector has profound geopolitical consequences.

So, when Trudeau announced ‘tough’ sanctions on Russia, he – along with most of our foreign-energy-dependent allies – left out Russian oil & gas. Halting all Canadian purchases of Russian oil & gas would have been the most meaningful move we could make. But it didn’t happen, because our leaders aren’t serious people.

Imagine an alternate universe in which Canada had supported our energy sector and built it up dramatically. Imagine also that Joe Biden didn’t pursue such a foolish energy policy (cancellation of Keystone XL was a historically foolish move as we are all seeing now).

Canada would be much richer and more unified.

The US wouldn’t need Russian oil either, as they would be getting more oil & gas from us.

Europe would be less reliant on Russian energy supplies, and thus more willing to take stronger action against Russia in terms of sanctions.

Russia itself would have to factor that into its calculus over whether to invade Ukraine, and though we have no way to be certain of a different outcome, Russia would be poorer, less influential, and deprived of its leverage over Europe.

What this demonstrates is that Justin Trudeau and many leaders of his ilk fail to understand the most basic aspects of human nature and the functioning of markets.

Strangling the key economic sector of Western Canada will lead to anger, division and will make both that region and our entire nation poorer.

Allowing Russia and other nations to profit at our expense will increase the wealth and power of those nations, wealth they can use to buy & build more weapons.

We shouldn’t have to explain any of this, but here we are.

When it comes to our national division, Trudeau and his pathetic cronies again fail to understand human nature.

Trying to claim – without evidence or justification – that unvaccinated truckers were a problem all of a sudden, and callously depriving them of their livelihoods would generate desperation and anger.

Dismissing that desperation and anger in the most dramatic terms – claiming critics had ‘unacceptable views’ and calling people a ‘fringe minority’ would predictably generate further anger and division.

Responding to that division by refusing to acknowledge or meet with any of the protestors, and instead using the Emergencies Act for what was clearly not an emergency would only entrench a profound rupture in the nation and destroy what little trust remained between opposing factions in this country.

Trudeau’s combination of unearned arrogance and ignorance of human nature has left our country bereft of unity, and influence.

When ‘Trudeau’s Canada’ speaks, nobody has any reason to listen.