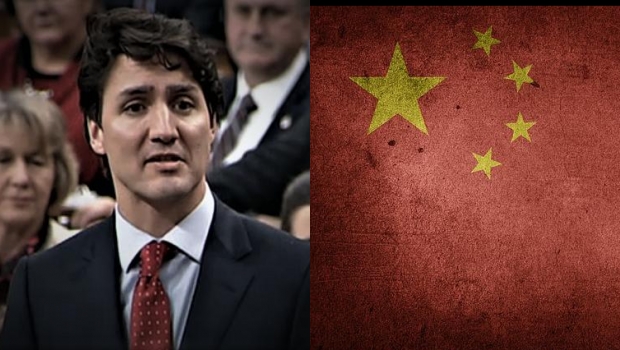 It has become popular among some people to claim that there is no such thing as ‘Canadian values,’ or that the only thing we have in common as Canadians is having nothing in common.

It’s an idea that has been pushed by Justin Trudeau, with his claim of wanting to make Canada the world’s first ‘post-national state.’

The idea of a country having values is seen by some as a relic of the past, as something to be rejected, mocked, and dismissed.

Along with that line of thinking is a practiced ignorance towards how Canada’s history, and the history of our allies, has informed our present viewpoints.

While certainly not perfect, the nations of the Anglosphere have been leaders in defending freedom and human rights, extending liberty to more people than most other nations until very recently.

World War Two, and the Cold War, both ended up representing a clear expression of core values, in particular the sacredness of human life and limits on state power, as democratic nations confronted fascism and communism.

Our values today as Canadians are still heavily based on the decisions we made many years ago, and on the nations we chose as allies.

Yet, over time it can be easy for some to forget this, and the idea of ‘values’ can slip away and seem unimportant.

But it is often the case that we realize those values were there all along, and they re-emerge when our conscience is challenged by terrible acts.

So it is with China’s actions against the Uyghurs.

While people have known for a long time that the Chinese Communist Party is a ruthless institution that deprives many people of basic human rights, the genocide campaign being undertaken against the Uyghurs has represented a tipping point for many people in Canada and around the world.

It is simply too reminiscent of what our societies fought against in World War Two for people to simply dismiss in lieu of a desire for a trade deal or some more investment.

We were all taught about the importance of ‘Never Again,’ and wondered how we would respond in that moment, and with a seemingly similar moment emerging our values are emerging as well.

It often takes being against something to know what you are for, which is unfortunate but seems to be a core aspect of human nature.

Whatever sad contortions the apologists for the Chinese Communist Party make, people have taken a look at what China is doing and have felt a visceral reaction of opposition.

And that brings us to the recent vote unanimous declaration by Canadian MPs that China’s actions against the Uyghurs amount to a genocide.

With that vote, Justin Trudeau had a chance to finally dispel the feeling many Canadians have that there is just something ‘off’ with his approach to China.

He could finally have shown some courage and lived up to his claims to be an opponent of Islamophobia and a staunch feminist.

After all, China’s genocide campaign against the Uyghurs is in large part comprised of mass rape and sterilization aimed at eliminating a Muslim minority group.

But even given that morally unambiguous opportunity to denounce China’s actions, Trudeau couldn’t do it.

He chose not to.

Instead, he and the Liberal cabinet chose a cowardly path, not even showing up to the vote, and not even making their voice heard one way or the other.

Now, Trudeau’s cowardice would have been the final say on the issue in Canada in the eyes of much of the world, if not for the actions of MPs across party lines.

The Bloc even brought forward an amendment – which passed – that pushed for the relocation of the Olympics from China.

And, it is important to credit the many Liberal MPs who voted for the motion as well, as they likely faced PMO pressure and decided to instead follow their consciences and stand up for what is right.

The passage of the Motion showed that whatever strong differences we have on politics in Canada, there are some core values that bring people of all parties, and all walks of life together as Canadians.

That is something we can draw hope from, because no matter what Justin Trudeau does or says, Canadians have made it clear where we stand. We reject his cowardly approach.