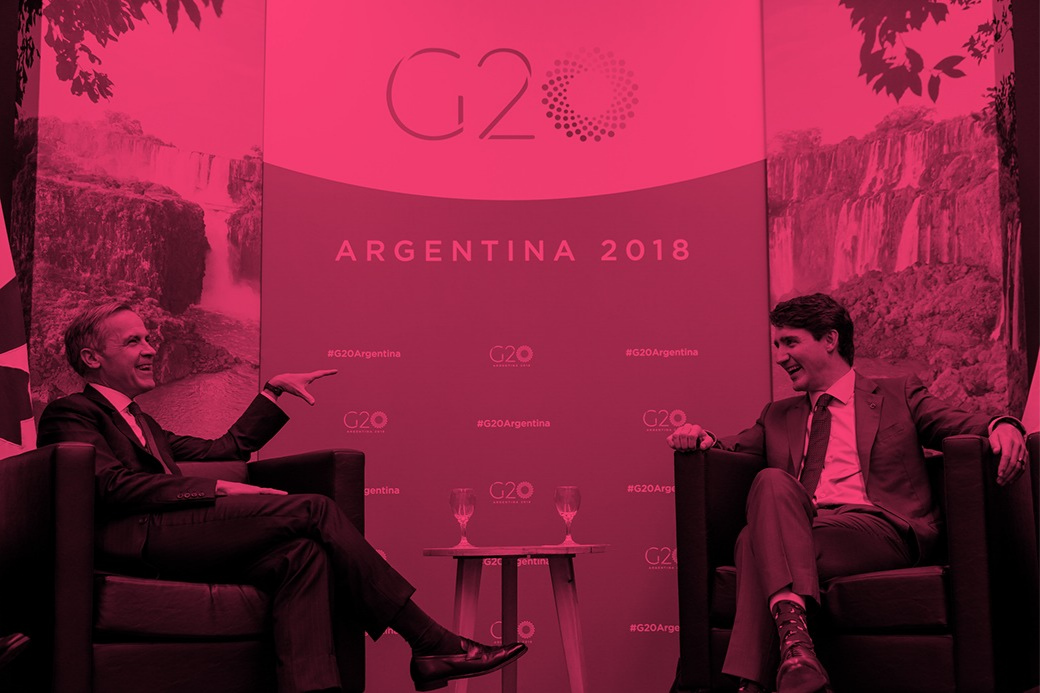 It’s becoming increasingly clear that our leaders are priming us to accept a lower standard of living.

One can read between the lines on everything they put forth, though they lack the courage to outright admit it.

You can surely sense it, as the era of expecting our leaders to push for growing prosperity has been replaced with an era of guilt and lowered expectations.

Indeed, a cursory look at the broad strokes of government policy makes this clear:

Restrictions on the development of abundant affordable energy.

Rampant money-printing from the Bank of Canada, enabling those in charge to use inflation to make it ‘appear’ we are getting ‘richer’, when what’s really happening is the value of our money is plummeting.

That all adds up to a declining quality of life for a growing number of Canadians, and I haven’t even mentioned the fact that much of Canada remains mired in draconian lockdowns even as much of the world (including our neighbours to the South) go back to life as normal.

Normally, this combination of policies would mean electoral destruction for those imposing them.

But here in Canada, and in much of the world, people like Justin Trudeau and Mark Carney have harnessed the power of guilt and fear to convince people to accept less and less.

All of a sudden, we are expected to feel guilty for wanting to be more prosperous.

Those who built our country, including the energy sector workers who have helped pump billions and billions of dollars into Canada (funding schools, roads, police stations, fire departments, hospitals, and much more) are now demonized and pushed out of work by arrogant politicians who would rather we buy our energy from foreign dictatorships.

The very idea of capitalism (a system that has enable far more prosperity than any other – and it’s not even a close race), is now widely demonized, with a growing number of young people embracing ‘socialism,’ having not been taught about the horrendous consequences of trying to force equality of outcome on millions of people.

There is a whole group of well-connected elites who are pushing this kind of thinking, and the former Governor of Canada’s central bank is among them:

In a great column for the National Post, Peter Foster warned of the danger posed by people like Mark Carney:

“Carney is a man on a mission to change global society. 'Business as usual' — the most hated phrase in the socialist lexicon — is 'ultimately catastrophic,' he writes. There is too much 'misplaced acceptance of the status quo.' But somehow the new socialism will not be socialism as usual. This time it’s different. We can because we must. The threat is too great to permit any argument. It’s surprising that as he was picking out choice quotes from Lenin for his book, Carney missed this one: 'No more opposition now, comrades! The time has come to put an end to opposition, to put the lid on it. We have had enough opposition!'"

Like Justin Trudeau, Mark Carney believes he should have the power to transform your life, except he’s not so interested in hearing your thoughts on it.

And of course, he’s not so interested in playing by the rules he wants to impose on you.

Just ask yourself this question:

Do you see people like Justin Trudeau and Mark Carney making sacrifices in their own lives?

Have they taken a vow of poverty?

Have they given up their properties?

Have they sold off all their assets and given the proceeds to charity?

Have they stopped driving?

Have they stopped flying?

Have they stopped travelling to elitist events with big carbon footprints?

Have they volunteered to pay more in taxes by sending extra money to the federal government? (nothing is stopping them).

Have they downsized to smaller homes?

Have they shared their homes with poor people in need?

Have they stopped eating all meat products?

Have they started eating bugs?

Have they done anything tangible to live up to what they claim to believe?

Of course, we know the answer to all those questions:

Instead of setting an example, they instead want YOU to sacrifice.

They want YOU to be the example.

THEY want to keep living in luxury and abundance, but they want rules and regulations to restrict YOU from having the chance at the kind of life they enjoy.

That’s what this is all about:

This is a one-sided, Ruler-to-ruled relationship.

They give the orders, and we take them.

We sacrifice, they prosper.

Of course, it’s inherently anti-democratic and goes against every idea of what Canada is supposed to be.

But if Canadians continue to allow people like Justin Trudeau and Mark Carney to get their way and gain even more power, this country will have proven itself unworthy of the opportunities and potential we were handed. We must not allow that to happen.