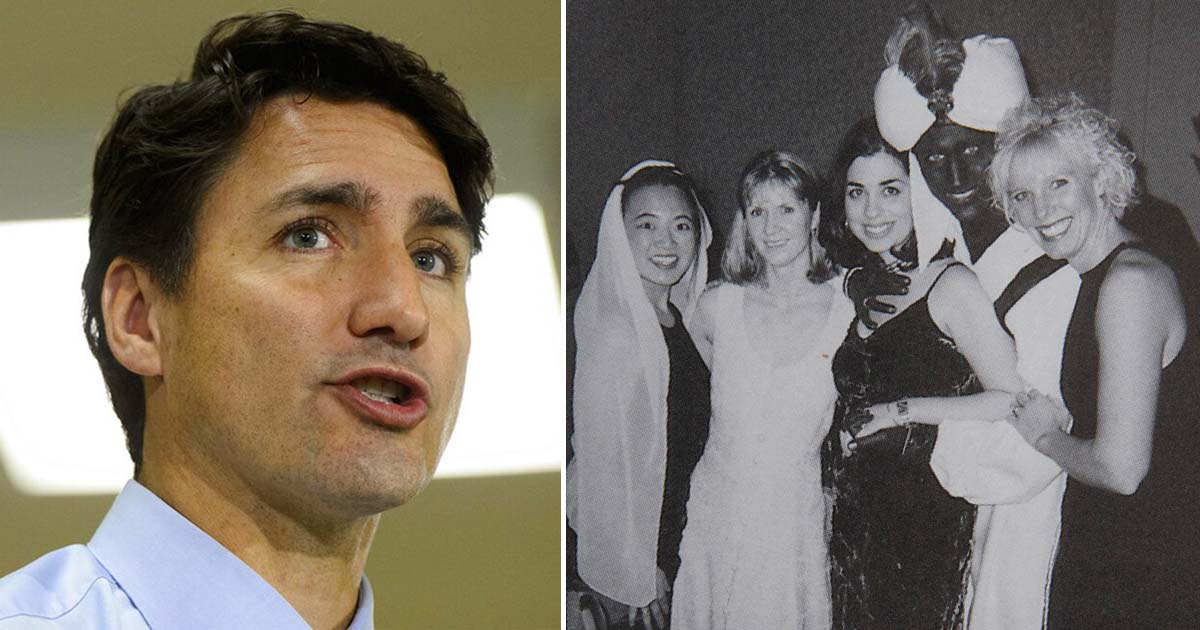 He’s portrayed himself as the most ‘woke,’ ‘pro-diversity,’ ‘anti-discrimination,’ ‘open,’ and ‘modern’ leader, and says everyone else fails to measure up.

He and his cronies have not only demonized Andrew Scheer, but they’ve demonized the very idea of conservativism itself, casting millions of Canadians as enemies of Trudeau’s ‘progressive vision’ for Canada.

At times, the demonization has reached such a fevered pitch that Trudeau and the Liberals seem to think that Conservatives can’t even be real Canadians.

Yet, with Justin Trudeau’s racist blackface photo(s) now turning the election upside down, one thing has been made abundantly clear:

Justin Trudeau’s attacks on others are a projection of his own inner self.

SNC-Lavalin sure fits the bill. How about giving millions of our tax dollars to Loblaws for some new fridges, when the company is owned by a billionaire family?

Trudeau was happy to have Jody Wilson-Raybould around to boost his ‘progressive’ image, until she actually wanted to do her job and follow the law, at which point he booted her out.

Where’s that balanced budget? Electoral reform? Veterans not having to fight the government in court? What happened to those promises, Justin?

Who faced the groping scandal? Who kicked out two female cabinet ministers when they stood up to him? Oh yeah, that was Justin again.

Demanding the Conservatives remove candidates for past social media controversies while having a photo of yourself in racist blackface and refusing to resign? Justin again!

What we have with Justin Trudeau is a clear case of projection. Every negative thing within himself gets imputed onto others, and the demons he thinks belong to his opponents actually belong to him.

For the health, security, and future of our country, we need to put an end to the Trudeau government on Election Day. This garbage can’t be allowed to continue.