Trudeau Continues To Escalate His Ongoing Assault On Free Speech 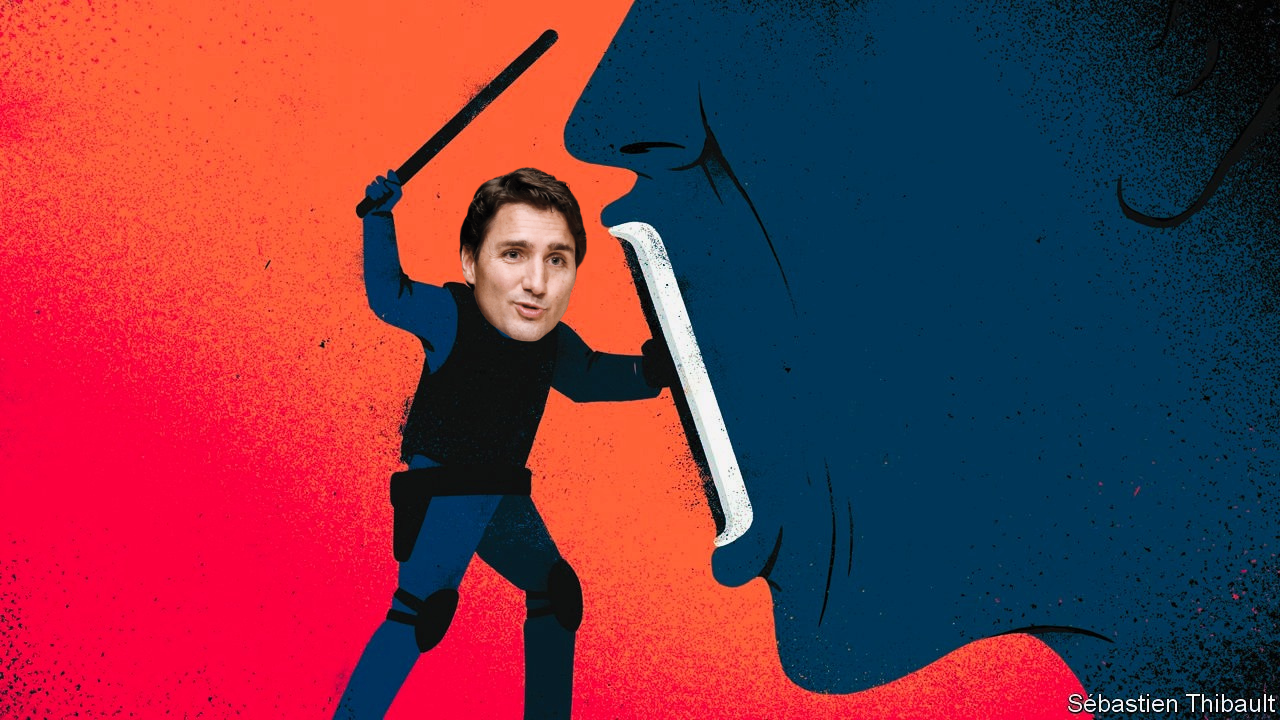 Justin Trudeau appears to believe that the more polarized Canada becomes, the better his electoral fortunes will be.

That was his calculation in the 2021 election campaign, when he demonized unvaccinated Canadians and used the rights and freedoms of Canadians as a divisive political wedge.

And it’s been the subtext of his rhetorical strategy throughout his time in office.

Trudeau promotes himself as someone who seeks unity, while speaking about his opponents and those who disagree with him in the most divisive way possible.

If that was all he did, it would be bad enough.

Yet, Trudeau has gone far beyond mere rhetoric.

He is also seeking to give the government massive new powers over the internet.

Simultaneously, he has been on an ongoing mission to restrict freedom of speech, replacing the individual choice of Canadians with government power.

Trudeau plays a sneaky and cynical game in order to do this.

Of course, such proposals generate even more anger, as many Canadians don’t want to go along with having more and more of our freedoms taken away.

Trudeau – with a big assist from the state-controlled establishment press – then uses the backlash to his policies as ‘justification’ for his policies.

With that in mind, you can see exactly why Trudeau feels he benefits from anger and polarization, despite claiming to be against it.

Yet, since his entire approach is based on deception, Trudeau also realizes that his game can be revealed by all who are outside state control.

Organizations like the NCC, independent media, and the political opposition are all able to counteract Trudeau’s message and expose his divisive nature.

So, he must seek to expand his power even further, in order to shut down avenues of dissent and opposition.

And now, Trudeau has made it clear that escalating his attack on free speech is exactly what he has planned:

“Justin Trudeau says “right-wing terrorism is on the rise in Canada” and that the “illegal” protests, such as the Freedom Convoy, show why Canada’s national security system needs to be able to respond to these threats “in a way that protects freedom of speech.””

With those remarks, Trudeau is setting the stage for even more state intervention, and he’s making clear that he will target his intervention at his ideological opponents.

Trudeau is trying to escalate the level of anger in the nation even further, just as he did during the Freedom Convoy.

Rather than listen to different opinions, and rather than acknowledge that surging inflation is robbing Canadians of their financial freedom, Trudeau prefers to demonize his critics.

People have every right to be angry right now.

The cost of living is surging.

Airports are a mess.

Food prices are going up.

Housing is unaffordable for a growing swath of Canadians.

The healthcare system has been revealed as ineffective despite how much we pay for it in taxes.

And speaking of taxes, the carbon tax is going up every year, locking in inflation and higher prices.

Wages aren’t keeping up with inflation, meaning Canadians are getting poorer and poorer in real terms.

The Bank of Canada has been repeatedly wrong about inflation – the one thing they are supposed to get right.

Nearly all of our key institutions are failing, and in response the Trudeau government continues to give themselves raises and continues to give more money to the media, ensuring that the politicians and media establishment are insulated from the economic pain of much of the country.

With all of this going on, it would be shocking if people weren’t angry.

But instead of acknowledging any of this, instead of taking any responsibility for his failed policies, Justin Trudeau and the Liberal government are instead seeking to ramp up divisions and anger even more, and are seeking to silence those who speak out against the government.

It’s what authoritarian states do: Silence those who speak out about problems rather than actually address the problems.

At this point, it is abundantly clear that the longer Trudeau and the Liberals remain in office, the less free Canada becomes.