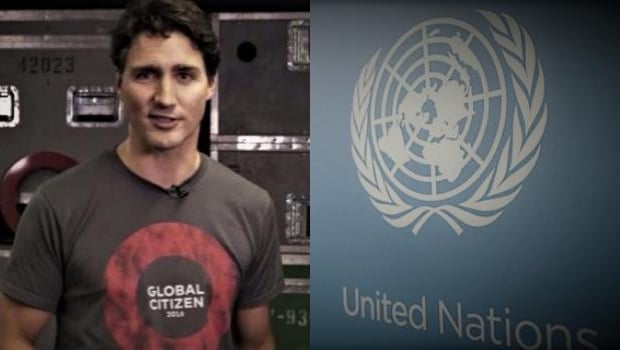 Justin Trudeau and the Liberals would rather pretend they’re ‘saving the world’ than make life better for Canadians.

If Canada produces less oil, manufactures fewer products, and creates fewer real jobs, what will happen to the world?

Will emissions go down?

Will there be fewer things built?

Will there be fewer jobs?

Instead – as you know very well – those things will simply move to other countries.

Russia, Saudi Arabia, Nigeria, Venezuela (if they ever get rid of their insane socialist government), and other oil producing countries will simply take our share.

If we fail to rebuild our manufacturing base, that production will disperse around the world, including the United States where rebuilding manufacturing has been a priority.

And the jobs that we lose from all of that will be taken by workers in foreign countries.

So why I am bringing all of this up?

Because this is what we are looking at if Trudeau’s ‘big green agenda’ – as the Liberal environment minister called it – goes forward.

There are two key problems here.

At the top, the Trudeau Liberal government often seems more loyal to foreign interests, particularly China and the UN, than they do to Canada.

And among many Liberal backbench MPs, they are either oblivious to this, or naïve enough to believe in the BS rhetoric.

As a result, Canada appears to be the only country that is actively considering the crippling of our own economy, energy sector, and manufacturing base by implementing radical ‘green’ policies.

Of course, many other politicians around the world say the same things as Trudeau, but they are smart enough to realize how the game is played.

For example, Russia and Saudi Arabia sign on to global climate treaties, while they keep building up their energy sectors.

China and India have signed on, yet emissions continue to grow rapidly in both nations over time.

Germany has signed on, while also implementing policies that build up their immense manufacturing sector.

Japan has signed on, and is viewed by most as a very environmentally-friendly country, yet they are making a shift towards clean coal power, seeking to rapidly build new coal powerplants.

All of those countries, despite having wildly different political systems ranging from democratic to totalitarian, realize that to cripple their own nation for virtue-signalling purposes would be absurd.

Just take a moment to think about the consequences of Trudeau’s ‘green agenda’, combined with the massive increase in our debt.

We will be shipping jobs to foreign countries, letting others gain wealth while we suffer, and become more and more dependent on foreign money, since foreign banks and foreign countries will own us.

While this could cause a serious crisis, it could also cause something just as bad: A long-term decline in our standard of living.

Day by day, week by week, month by month, opportunity and wealth will slowly slip away from Canada.

Our people will become poorer, more desperate, and less able to chart their own future.

The consequences will be things we are already seeing today: Rising crime, declining mental health, and rising division.

Of course, Justin Trudeau and his elitist friends won’t feel the consequences of any of this.

They can just go to some other country – a country smart enough not to impose Trudeau’s policies – or they can live in a well-protected enclave within Canada where some wealth and opportunity will still exist.

The consequences will be paid by us, hard-working, regular Canadians.

Like always, we will be the ones who suffer.

Trudeau doesn’t care about that.

He never has. He never will.