The Trudeau Liberals Are An Affront To Canadian Democracy 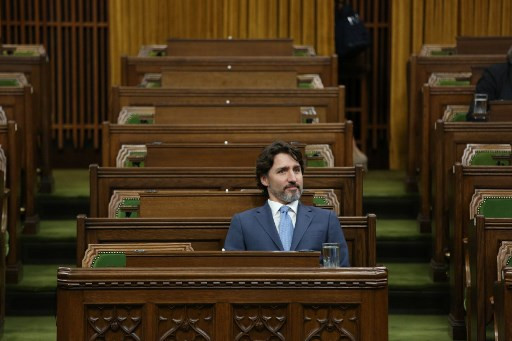 This week, Canadians witnessed a spectacle that shows our democracy is on life-support.

A government that lost the popular vote in the last election, and ‘won’ with the lowest percent of voter support in Canadian history, managed to turn basic government oversight into a confidence matter and coerced a segment of the Opposition to vote against investigating corruption.

Of course, in much of the media, you won’t see it mentioned this way.

Instead, you will see headlines like “Liberals survive confidence vote.”

What those headlines fail to mention is that the Liberals are the ones who turned the vote on the creation of an anti-corruption committee into a confidence vote in the first place.

This is not how things are supposed to work in Canada.

Governments that don’t get a majority have – throughout history – accepted that there are consequences to the Opposition having more seats.

And among those consequences is that the Opposition is allowed to use their power to create committees, and that – crucially – the creation of those committees are not confidence votes.

After all, why would a committee be a confidence vote when it doesn’t stop the government from actually governing?

It’s not a vote on a budget or a fiscal vision.

The government is a vast structure, and much of the actual work is done by deputy ministers behind the scenes, not the ministers who act more as public relations agents for the PMO.

For the Liberals to claim that the anti-corruption committee would have stopped them from governing is a pathetic and absurd statement that nobody believes.

Yet, the Liberals have gotten away with it.

The action by the Liberals represents a crossing of the Rubicon, with consequences that will resonate for a long-time.

This represents a real danger to our country, because the Liberals have effectively shredded Canadian democracy.

They had been doing so already, with unprecedented obstruction of existing efforts to investigate

Liberal scandals into the misuse of our tax dollars.

Now, with their move to declare the creation of a committee as a confidence vote – which caused the weak NDP to give in again – the Liberals have set a precedent for the denial of any accountability whatsoever.

The next time there’s a scandal, or the next time the Opposition votes to compel testimony or documents, will the Liberals declare it a confidence vote?

Will the politically-crippled NDP cave again?

We already realize that a government that is immune to being held accountable is an anti-democratic government.

You also certainly remember that the Liberals only got 33% of the vote in 2019, lost the popular vote, fell short of a majority of seats, and had been clearly sent a message by Canadians that they wanted parties to work together and wanted the power of the government severely curbed.

The Liberals instead decided to exploit the China Virus Crisis to enrich their friends, treat our tax dollars like their own personal piggy-bank, divide the nation along partisan lines, and now throw any notion of accountability into the trash.

We must be fully aware of what is happening here:

Justin Trudeau was being serious when he said he admired China’s ‘basic dictatorship.’

Jagmeet Singh was being serious when he issued a disgustingly fawning message upon the death of Cuban Communist Dictator Fidel Castro.

That’s who they are. They are obsessed with power, and obsessed with attaining the unchecked power their Communist idols possessed.

And more and more, you are realizing how they are moving our country in the direction of those anti-democratic socialist nations where speech is suppressed, the government controls everything, and opposition is non-existent.

For now, Canada still retains bastions of freedom, but those are all under assault by the Liberals, the establishment press, the radical-left, and our corrupted institutions.

The regular, hard-working, common-sense Canadian people are facing an assault on our values and history, and those in power are trying to wipe out the very idea of Canadian identity.

All of these things are connected together, despite media efforts to stop us from realizing it, and we must summon the courage and strength to push back, wake up more and more of our fellow citizens to what’s happening, and ensure our democracy and our nation are protected in this dangerous time.