Even As They Brag About The Great Reset, The Liberal Elites Lie Right To Your Face About It 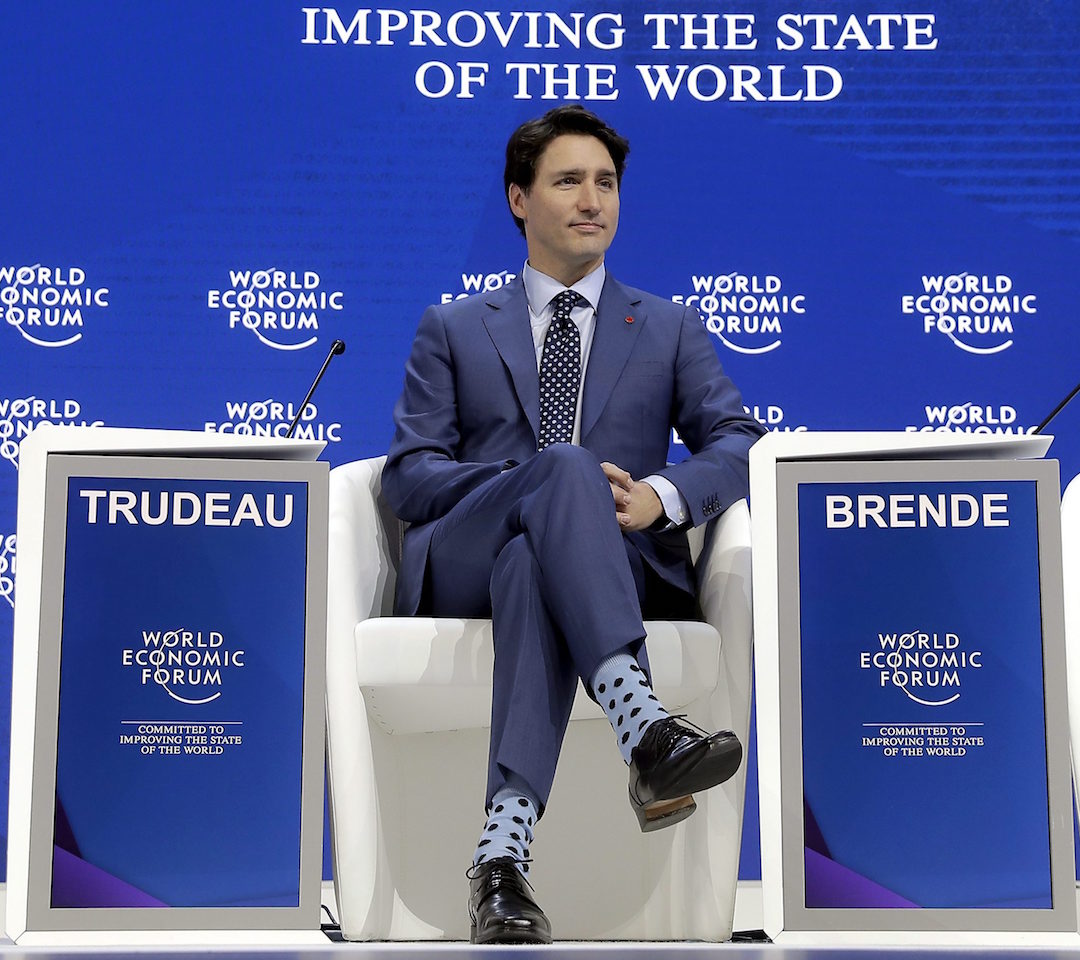 “An opportunity for a reset.” – Justin Trudeau

"I want ideas on how the government can 'unlock' your savings." – Chrystia Freeland

‘The Great Reset’ – literally a presentation from the Bank of Canada on their website.

You can see a common theme here: Using this crisis to promote and discuss how to expand the power of an already overbearing government, reshaping the world in the political image of the elites, and imposing an agenda they couldn’t get support for otherwise.

There is another common theme:

Because, as we watch all this happening, we are being told it’s a ‘conspiracy theory.’

It’s a new level of brazen arrogance from the elites, who usually have a bit of plausible deniability when they label something a conspiracy theory.

But this time, they are simultaneously bragging about the Great Reset, while telling us that it doesn’t exist.

It’s as if someone robbed you, and bragged about what they were taking from you, and then accused you of lying as they walked out the door with your stuff.

This shows how much power the political, corporate, and media elites think they have.

We are literally watching them exploit a crisis – a crisis they downplayed at the beginning, claiming border closures ‘caused harm’ and called ‘low risk’ for months – to try and reshape our lives and our futures from the top down, without our input, and without our consent.

Did you ask for this?

Did any of us ask for this?

I don’t think so.

Since when is Canadian policy made by the World Economic Forum?

Since when are we supposed to trust the same politicians and corporate figures who have managed to be exempt from all financial pain during this crisis?

And since when are we supposed to believe the people who got it wrong all along the way are somehow getting it right suddenly?

It doesn’t work that way.

It is bestowed onto elected officials by us, the Canadian people.

They don’t get to demand our trust.

They don’t get to expect it.

They must earn it each day.

As our politicians betray our trust and try to impose a reset upon us, there has also been a Great Inversion.

That inversion has been the complete flip in the contract between the people and the government.

We now watch as people ask for the most basic things, with politicians either doling out our ability to visit, or keep our businesses open, as if they are dispensing favours or withholding it, as if they were the arbiters of our ‘privileges’. Only a few have even tried to respect our rights and freedoms, and those who have – like Alberta Premier Jason Kenney – have been excoriated by the establishment media.

It has been sickening to watch a bunch of ‘journalists’ become nothing more than spokespeople for politicians, spying on citizens for ‘defying restrictions,’ and gleefully cheering on the destruction of small business owners who push back, an expression of disgusting elitist arrogance by those with secure pay taking pleasure in the decimation of people’s financial livelihoods.

Global mega corporations are making record profits and taking control of more and more of our economy, and can stay open, while small businesses have been destroyed by the very same politicians that come from their communities and who they once trusted to defend them.

An immense transfer of wealth has taken place – an unprecedented instance of our own ‘leaders’ deciding to hollow out and eviscerate our local communities – while expressly giving exemptions to international companies.

If anyone had told you a year ago that this would happen, let alone that politicians would get away with it, it would have seemed insane.

But this is what fear does.

And don’t get me wrong, it is legitimate to be worried about getting this CCP Virus. It has a real level of danger, and it is important for people to wear masks and social distance when appropriate.

Yet, to go beyond that, and to punish our small businesses, punish churchgoers, and accumulate immense, unaccountable power in the hands of just a few politicians, is completely against what Canada is supposed to be about.

Having spent some time in the political world, I can tell you (you surely already know), that our system is far less democratic than it appears. Party leaders have immense power to punish any dissenters, as we have seen across all parties and at both the federal and provincial level.

In effect, a prime minister or premier has total power over the government when their party has a majority, or when the opposition is too weak as in the case of the federal NDP.

Additionally, as much as some premiers have attempted to make it appear otherwise, they – and they alone – have final power over health orders.

So, when a decision is made to shut down church services, to shut down small businesses, while leaving corporate big box stores and government-run liquor stores open, that decision was made by one person, and one person alone.

Give that some thought.

We have reached the place where, in provinces of millions of people, in a nation of 38 million, in a country that considers itself a democracy, one human being at the top of the system gets to decide it all, including things that seemed to be the most basic of freedoms.

Does this feel right to you?

The importance of speaking up

I know this can seem a lonely position to take.

After all, many polls appear to show people clamouring for even more restrictions.

And yet, it is important for each of us to be a strong and courageous voice for the values and convictions that we believe in, and for the freedoms upon which Canada is based.

Many people are afraid to speak out against what politicians and the establishment are saying, yet still feel deep down that something has gone seriously wrong here.

People look around and are thinking, “I don’t want a reset, I just want this crisis to be over.”

People want their lives back, not a utopian ‘reimagining,’ and they certainly don’t want the government coming for what little savings they have left.

Think of what the elites are offering us: A future where our nation drowns in debt, where foreign institutions control our policy, where politicians have immense power over us, and where those who repeatedly fail and repeatedly get it wrong remain in power to fail again and again at our expense.

This not a future we want for our nation.

We know what we are seeing.

We trust our own minds.

And we reject The Great Reset.