The Closing Argument Against Trudeau: Will Canada Stand Up To China, Or Not?

Unique among the party leaders, Trudeau is surrounded by questions of why he seems to be so submissive towards the Communist State. 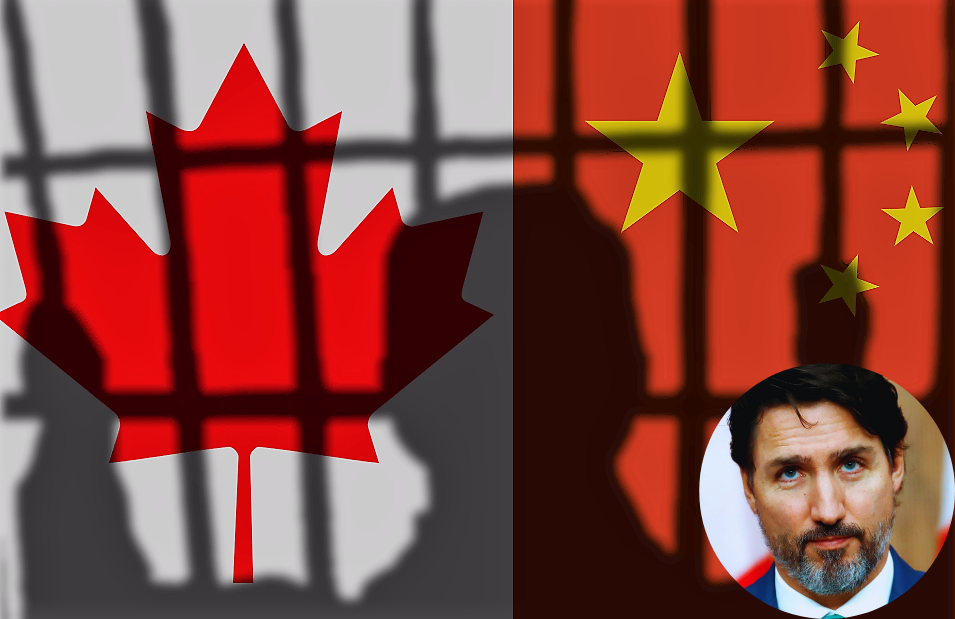 If we lived in a serious country, the story that was reported by the Globe & Mail on September 16th, 2021 would have been considered a bombshell, and would be the deciding question of the election.

For a refresher, here is what Bob Fife and Steven Chase reported:

“A high-ranking officer in the People’s Liberation Army, recently lauded by President Xi Jinping for developing a Chinese COVID-19 vaccine, collaborated on Ebola research with one of the scientists who was later fired from Canada’s high-security infectious disease laboratory in Winnipeg.

The joint research conducted by Major-General Chen Wei and former Canadian government lab scientist Xiangguo Qiu indicates that co-operation between the Chinese military and scientists at the National Microbiology Laboratory (NML) went much higher than was previously known. The People’s Liberation Army is the military wing of China’s ruling Communist Party.

Maj.-Gen. Chen and Dr. Qiu, who until recently headed the vaccine development and antiviral therapies section at the Winnipeg lab, collaborated on two scientific papers on Ebola, in 2016 and 2020.”

This happened under Justin Trudeau’s watch, and raises some incredibly disturbing questions:

How far has China infiltrated into our top level microbiology lab?

What other parts of the Canadian government is China influencing?

Why was action not taken to stop this?

Why has the Liberal government been so desperate to hide details of the case, even going so far as to take the Speaker of the House (a Liberal MP) to court in order to stop Parliament from getting information?

This should be the closing argument of the campaign.

It should be the closing argument against Justin Trudeau.

Whatever else is taking place in this country, the fact that we are failing to stand up for ourselves when it comes to China is both a national security risk and an economic risk.

Under the Trudeau Liberals Canada has been revealed as unreliable to our allies – we are the weak link in the Five Eyes – and our economic dependence on China has only deepened.

There has been no ban on Huawei.

The two Michaels are still locked up.

And just look at how Canada was left out of the new US, UK, and Australia pact, a pact clearly aimed at countering Communist China.

Can you blame our allies for leaving Trudeau out?

Can you blame them for wondering which side Trudeau is really on?

And make no mistake, this is a uniquely ‘Trudeau’ problem.

Worse than all the others

All the federal leaders leave something to be desired, and many Canadians are unhappy with the choices on offer.

But when it comes to China, all the other leaders have at least one thing going for them:

They aren’t surrounded by disturbing questions about why they are so weak and submissive to China.

Another way to say this is that no matter who you vote for – as long as it isn’t Justin Trudeau – you’re voting for someone who will be stronger in standing up to China.

Whether it’s O’Toole, Bernier, Singh, or Paul, they would all be better than Trudeau on China.

This is where things become difficult.

If we take an honest look at the direction of our country, the reality is that we are becoming more and more like Communist China.

This is true for much of the Western world.

Excessive government power, denial of rights and freedoms, draconian restrictions, internet controls, crackdowns on free speech, ruthless demonization of dissenters, all of this has been on the rise in countries that are supposed to be places where individuals are free.

In a horrendous irony, the virus that emerged from China has sadly led many citizens and many weak politicians into betraying many of our values as Canadians, and making our country more and more like China.

Justin Trudeau has exploited this, using dangerous and divisive rhetoric to try to turn Canadians against each other.

Additionally, the perception many have of a lack of conservative pushback against government overreach has boosted the PPC.

This has left many people even further divided, with growing arguments about vote-splitting (though ‘vote-splitting’ falsely implies parties are entitled to voters).

At the end of the day, the decision is up to you, and all Canadians. Some will be voting their conscience. Some will vote strategically for whomever can defeat the Liberals. And others will (sadly) be voting for Trudeau again.

As we all make our final choice, we should keep the issue of China at the top of our minds. Whoever you vote for, ensure that it’s Anyone But Trudeau.