In World War Two, Canada Truly Became A Nation. With Our Unity Crumbling, We Must Remember The Strength We Showed In That Era Before It’s Too Late 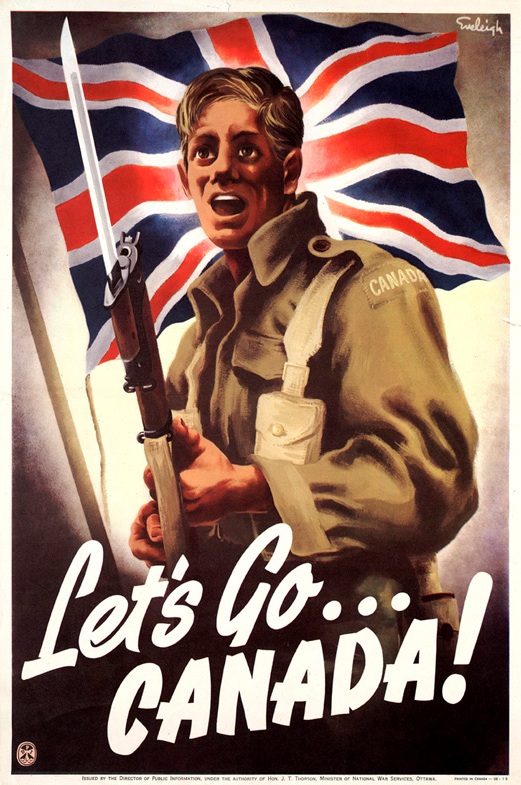 There are moments that forge a nation, that decide what path it will take for decades to come.

Moments where a country must decide what it really stands for, what it’s willing to sacrifice for, and what it means to be a unified people in a chaotic world.

World War Two was that moment for Canada.

Our entry to into the First World War was not by choice.

But in World War Two, the choice was our own, and we didn’t hesitate.

Canada recognized the threat posed by the Nazis, and acted.

When the war began, our military (as it is today), was almost non-existent. As the Canadian War Museum explains, “Canada was unprepared for war. The regular army of 4500 men, augmented by 51,000 partly-trained reservists, possessed virtually no modern equipment. The air force had fewer than 20 modern combat aircraft while the navy’s combat potential consisted of only six destroyers, the smallest class of ocean-going warships. It was a modest beginning.”

From that “modest beginning,” Canada would go on to forge a truly impressive military machine, with the Royal Canadian Air Force enlisting nearly 250,000 citizens, and operating 47 overseas squadrons. By the time the war concluded, Canada had the world’s fourth-largest air force.

Our Navy grew to the third largest on earth, with over 100,000 Canadians serving on 417 warships.

And our army grew immensely as well, with hundreds of thousands of Canadians serving overseas to fight against the Nazis.

It’s essential to point out that while we of course know now that Canada and our allies won the war, Canada was standing beside Britain at a time when Hitler seemed unstoppable:

“At first, it seemed almost a lost cause. By June 1940, Germany had defeated France and occupied most of western Europe. Italy also entered the war on Germany’s side, forming the ‘Axis’ alliance. Its allies in Europe defeated, Britain was suddenly threatened with invasion. For a full year, until Germany attacked the Soviet Union in June 1941, Canada was Britain’s principal remaining ally in the struggle against tyranny.”

Let’s think about what all of this means:

Our nation was once willing and able to build up our armed forces from almost nothing into a formidable force capable of both defending Canada, and helping our allies defend themselves.

We stood up against an evil totalitarian regime, and stood with our allies, even when it seemed hopeless.

Canada showed tremendous national strength in World War Two, truly forging ourselves into a nation that played a critical role in defeating evil and protecting the free world from annihilation.

Today, that Canada feels far away.

Our military is once again almost non-existent, as we rely upon our allies to defend us while being unable to reciprocate.

Our national strength has evaporated, and we instead cower before totalitarian states like China, allowing our citizens to be mistreated, responding to threats with grovelling, and feigning ‘neutrality’ between our Western democratic allies, and communist/totalitarian regimes.

Yet, the spirit that animated our nation to achieve our full potential in World War Two is still within us. It’s within all those Canadians from that era who are still with us, whether they served on the home front building up our industry, or overseas fighting for freedom. It’s within the generation who followed them, especially among those for whom the lessons of that era were passed down.

As we did in World War Two, we are facing another moment of decision.

The old order of our world is falling away, our national unity is crumbling, our nation is weak, and totalitarian states like Communist China are ascendant.

It is up to us to make the right decisions now. To decide whether we will remain weak and divided and cowardly, or whether we will reanimate the spirit of our nation from World War Two, restore our strength, and become the nation we were truly meant to be.