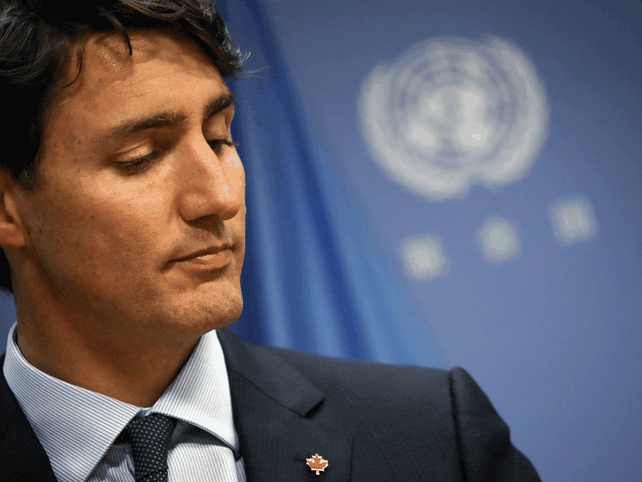 Canada is now facing an effort to overturn our history of decentralized government.

It’s an effort from both the inside and outside, and it threatens to undo what has made our country so successful.

From the inside, we are seeing a clear effort by the federal government to massively expand their power and authority, drawing more and more tax dollars into federal coffers, pushing into provincial jurisdiction, and simultaneously failing to use their existing legal power as they seek to increase their power elsewhere.

For example, the federal government clearly has responsibility to ensure that we have strong and secure borders and ports of entry.

At the beginning of the pandemic, the Liberals failed to use their authority adequately to protect our borders and ports of entry. That failure has now led to a situation in which the government seeks to further and further expand authority at the expense of the provinces. Having failed to use the power they have, they now seek even more power.

We also have some in this country who are demanding further centralized control, with calls for Justin Trudeau and the federal government to simply override the provinces and impose their will, regardless of what the constitution says.

From the outside, we are seeing an even more disturbing effort to centralize control, an effort that would render the Canadian federal government completely irrelevant.

It’s the “Great Reset,” being pushed by the World Economic Forum, the United Nations, and seemingly almost every world leader.

Those pushing the “Great Reset” – such as Justin Trudeau – now openly state that they are seeking to exploit the crisis to implement utopian goals – many of which sound similar to what socialists say – that they admit they couldn’t have implemented before the crisis took place.

While almost everyone in the world simply wants the crisis to end, those in power seem far too happy about this ‘opportunity’ to centralize power and control.

As we know, if all the big decisions are made by unelected international institutions, then Canada clearly would no longer be a democracy – regardless of whether we have ritual elections.

Now, this is all in complete opposition to one of Canada’s strengths: Our decentralized system.

Throughout our history, Canada has given a lot of power to the provinces, delegating authority in many areas including healthcare, education, and – with notable dangerous exceptions when Trudeaus are in power – the energy sector and other areas of economic growth.

In saner times, the ability of individual provinces to respond to their people, to seek their own path to prosperity, to implement unique policies, and to be creative, has led to Canada being a very innovative and prosperous nation which has attracted people from across the world. It has also made Canada a much freer nation than others with much more centralized systems.

After all, individual freedom is most threatened by distant governing bodies who are unaccountable, while local and provincial governments must be more responsive to what people demand.

Unfortunately, the engine of our dynamism and our freedom is being torn down.

If we lose our decentralized system, if power continues to be concentrated in fewer and fewer hands, Canada will become a less prosperous nation, and a much less free nation.

A key core of our way of life and our success would be lost.

That’s why – especially amid the pressures of a crisis – we must continue to hold fast to our commitment to a limited federal government and decentralized power. The future of Canada depends upon it.