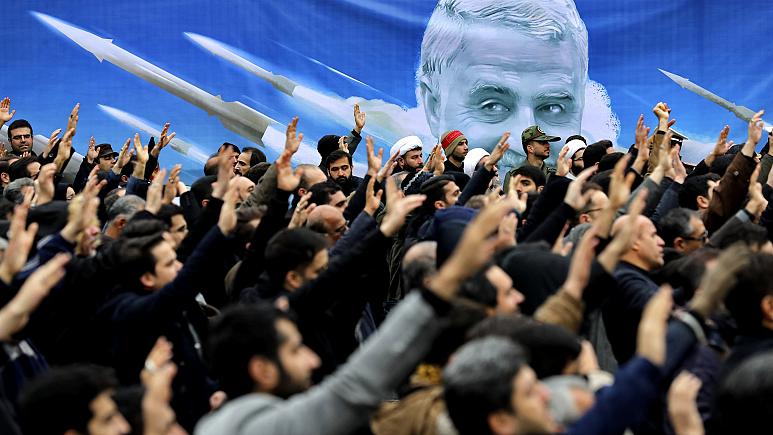 (Pictured, one of the many pro-terror protests in support of General Qasem Soleimani)

Can a country be held together without unifying values?

So far, the result appears to be a big “no.”

Just take a look at this:

As Senator Linda Frum noted, considering that the federal government has pledged to list the IRGC as a terrorist organization, a protest in support of the dead Iranian general is really a rally in support of terrorism:

“I hope 2020 will be the year the Trudeau government lives up to its pledge to list the #IRGC as a terrorist entity. This 'vigil' in the streets of Toronto is a protest in support of Iranian regime sponsored terror.”

And it’s incredibly disturbing to see the flag of Hezbollah flying at a rally in Canada:

“Is any Canadian official going to address the fact that a Hezbollah flag was flying at the prayer vigil mourning Soleimani in Toronto last night? Hezbollah is a terrorist group and appears on our government public safety website.”

Of course, this has been met with almost total silence from Canada’s top politicians -- as well as the media.

They appear too afraid to even bring it up, and even more afraid to confront the implications.

For years, Canada’s political elites have tried to wipe out any idea of Canadian nationalism, and ignore the fact that our nation is built upon the foundation of Western civilization. In fact, the only time they mention it is to try and make people feel guilty about the founding of Canada.

Trudeau has taken that extreme agenda into overdrive, pushing what he calls “post-nationalism,” and seeking to turn Canada into a country “without any core identity.”

The big danger here is that getting rid of a core national identity doesn’t mean no identity exists. It means that other identities will take precedence, and that often means that people will bring conflicts from their original countries and continue those conflicts here.

It also risks turning Canada into a nation that may not be able to count on loyalty from our citizens. If there are people in Canada who feel loyal to a terrorist organization (that is an enemy of Canada) and are mourning a rogue Iranian General killed by our close allies in the US, do we really think they would even consider defending Canada?

Even worse, rather than just not defending Canada, their support for terrorists raises the risk that they would actually act against Canada.

And this is exactly what happens when politicians like Trudeau seek to create a "post-national state."

Canada welcomes people from around the world. And that can only really work if there is a strong sense of Canadian identity, core national values, and an expectation of loyalty to our nation.

But all of that is exactly what is absent from a "post-national state," and we’re seeing the consequences here in Canada.

Is a country really a country if it has no core identity, no common values, and doesn’t ask for loyalty from our citizens?

And with the answer to that question in mind, how much longer can we allow Justin Trudeau and the political class to push this destructive agenda?