Power has an addictive quality, and those in office are already susceptible to that. Their obsession with keeping Canadians locked-down shows an immense lack of leadership. 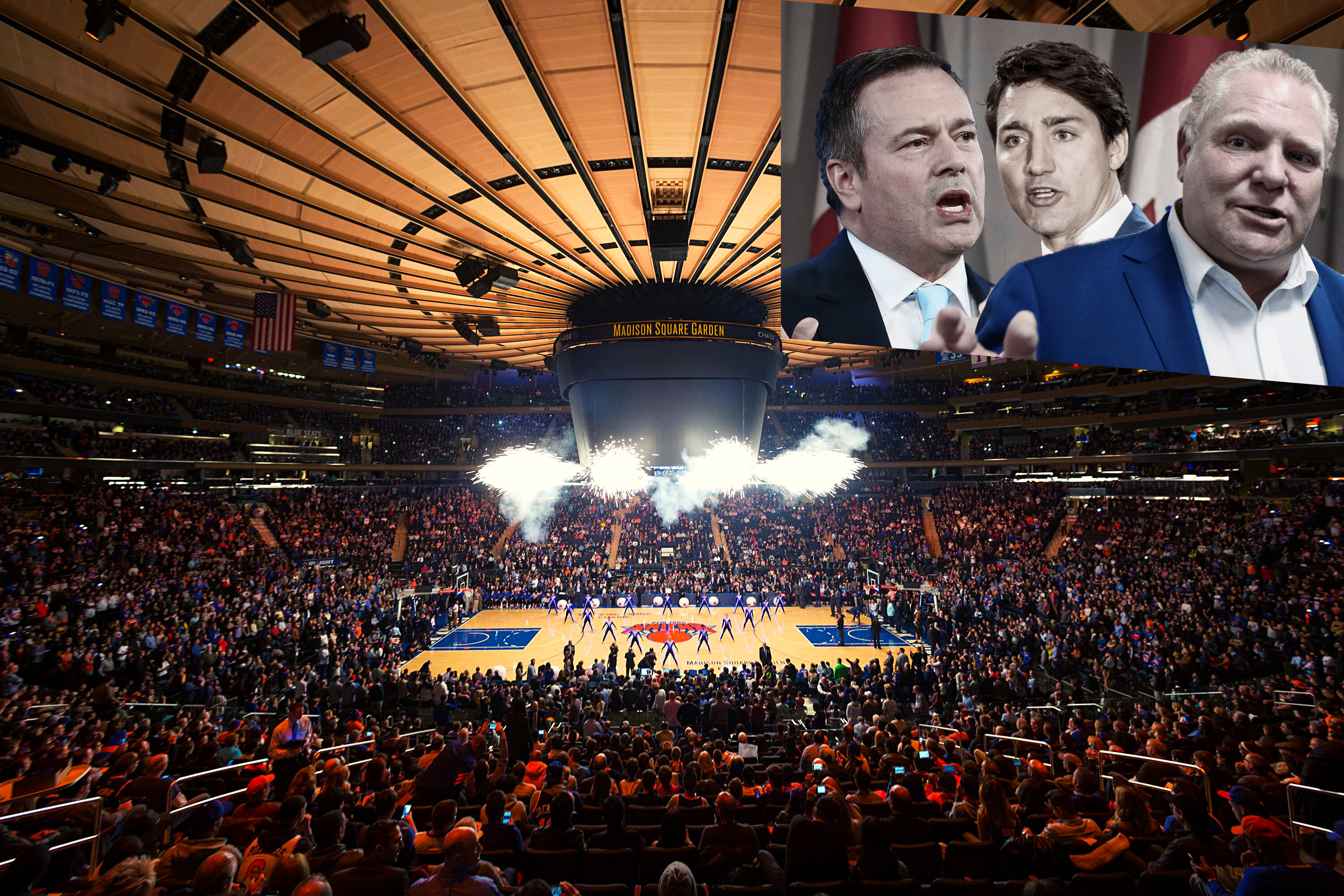 Much of the world is reopening, slowly but surely.

A combination of herd immunity through increased vaccination rates and the many people who have recovered from COVID, a realization that civil liberties still matter, and an understanding that governments simply can’t afford to keep crushing businesses, is leading to a return to normal for many people.

In the United States, we see scenes of stadiums full of people, bars and clubs reopening, beaches packed, parks filled, and a sense of vitality and activity once again.

In the UK, indoor meetings and international travel have resumed, and a full reopening is expected to begin in June.

In some cases, reopenings are taking place in areas where the level of vaccination is about relative to Canada.

What is being made abundantly clear is that jurisdictions in many parts of the world are firmly rejecting the idea of ‘COVID-Zero,’ something being pushed by those who demand that COVID be fully eradicated before life can go back to normal.

Of course, fully eradicating COVID is unrealistic, and the idea that we can eliminate all risk would be the most anti-life thing we could possibly do.

There is risk in everything. Indeed, embracing life and embracing risk are often linked.

Furthermore, here in Canada there has been widespread vaccination of the most vulnerable, with most seniors vaccinated and death/infection rates among older Canadians having declined.

Amazingly, this objectively good news is rarely presented as such.

Instead, it has been twisted into fearmongering, with officials lamenting that ‘they’re seeing more young people in hospitals and ICUs.’

Of course they are. If you manage to protect seniors, then by definition those who still end up getting sick and going to hospital are more likely to be young people.

That was the entire point of focusing efforts on protecting those most at risk of negative COVID outcomes.

An unwillingness to embrace good news

This effort to spin objectively good news (the protection of seniors) into bad news, has fit a pattern throughout the pandemic.

Every opportunity to scare people, rather than provide rational context and a bit of hope, has been seized by politicians.

They then use that fear to push for more restrictions and lockdowns, knowing that fear is by far the easiest way to get people to surrender their rights and their freedoms, while blocking critical thinking.

Sadly, this is no surprise.

Many people in politics are already in the ‘control-freak’ category, particularly those in the more statist parties (which often seems to be all of them at this point).

Even ‘conservative’ politicians often seem motivated by a desire to control and direct the lives of others, rather than protect basic rights.

Thus, we see that good news is almost avoided by those in power, because an embrace of good news would also mean more and more people would demand an end to lockdowns and restrictions.

Here’s a key example: Ask yourself why keep hearing about cases as the topline number, rather than deaths. And then, ask yourself why you aren’t seeing this chart of Canada’s covid deaths being shown more often? 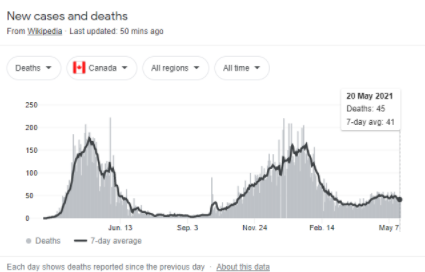 This is an objective improvement, showing that even when cases go up, deaths are not going up by the same amount – again, because we have vaccinated most of those who are very vulnerable due to age.

But this improvement is, as always, downplayed.

This can be seen in Ontario’s ‘reopening’ plan, which is much more like a plan to justify more and more delays and more lockdowns.

There has been a clear shift away from the original idea of protecting the most vulnerable and moving life back to normal, towards an endless shifting of the goalposts to ‘justify’ the continued denial of basic rights and freedoms.

Federally we see the same thing, with Justin Trudeau (after implementing a plan to delay second vaccine doses), saying reopening can’t happen until a vast majority of Canadians have two doses, pushing the timetable in Canada back even further.

Meanwhile, the endless restrictions are now hurting those who are truly the most vulnerable in our society: Children.

With suicides of young people surging, and a mental health crisis among young Canadians, the well-being of a generation is being sacrificed because of politicians and ‘experts’ who are far too driven by fear and an obsession with control.

Many of our ‘leaders’ are clearly addicted to the level of power they’ve accumulated during this crisis, and their unwillingness to give it up, and their refusal to open up our country and help Canadians get back to normal shows how truly bereft our nation is of actual leadership ability.