The Politicians Are Addicted To This Crisis 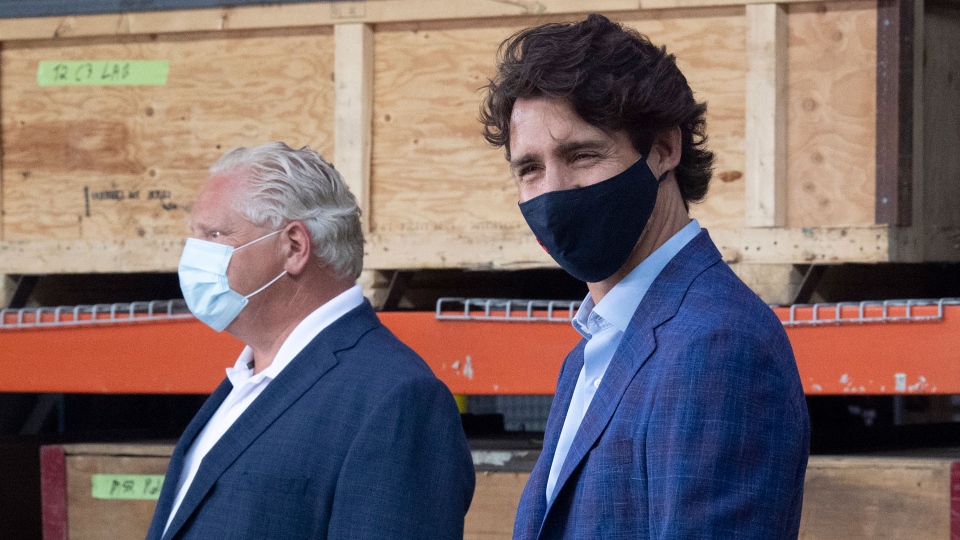 For many years, the reputation of politicians and the establishment has been collapsing.

Where most once believed in what the government said, that confidence had evaporated.

As the establishment lost their monopoly on information, they lost control of the narrative, and their dishonesty was increasingly exposed.

It was a case of everyone realizing the emperor had no clothes.

Of course, rather than react to this trend by being more honest, more transparent, and more competent, the politicians instead decided to try and clamp down on information, control social media, and concentrate power.

And that’s why they’ve become so addicted to the CCP Coronavirus Crisis.

At the beginning, they got everything wrong.

While people like me were warning of the threat of the virus from China, they opposed border controls, opposed preventative measures, and called people ‘racist’ for wanting to protect our nation. They said the ‘risk was low,’ and that it wouldn’t be a problem within Canada.

They even said that ‘stigma’ was the ‘real threat.’

They let the virus into the country, and then told us that we didn’t need to wear masks.

They then reversed themselves, locked down the country, and shut it all down.

But then – after shutting down every big event – they allowed politically-correct protests, and some politicians like Justin Trudeau even attended those protests.

After all of these reversals and failures, you would expect the popularity of the politicians to have declined.

Instead, it rose massively.

Both federally and provincially, politicians saw their approval ratings rise to new highs. We saw this with Doug Ford, who more than doubled his ratings.

In large part, this was because of the media, who decided to abandon any pretense of holding the government accountable, and instead decided to simply repeat the government message while propping up those in power.

Politicians were given an immense amount of power, and people were listening to them again.

No matter how many mistakes they made, they kept getting away with it.

They even got away with gigantic hypocrisy, calling elections – which will require people to gather together in enclosed spaces – while having shut down the economy.

At this point, why wouldn’t they be addicted to this ‘new normal’?

Now, I’m not saying they don’t want this virus to be cured. What I am saying is that they want this sense of crisis to endure.

You are already seeing the far-left academics talk about re-using the lockdowns for the ‘climate crisis.’

We are seeing politicians like Justin Trudeau use the crisis as a chance to ram through things they couldn’t get away with otherwise.

And we are seeing politicians try and exploit this moment to call elections and expand their power.

So again, why would they want this to end?

Note something very important: For all the talk about ‘science,’ and ‘health,’ consider why – despite spending hundreds of billions – the government hasn’t even done simple things like shipping Vitamin D to everyone or running public service announcements on the importance of exercise and weight loss.

With gyms continually being shuttered and many facing bankruptcy, the government could have easily mass purchased exercise equipment from Canadian gyms and then sent it out to Canadians who request it, saving businesses and increasing health at the same time.

With Vitamin D a clear factor in how people handle the virus, it would have been quite inexpensive for the government to make Vitamin D more available or affordable to working class or lower income Canadians.

Why wasn’t this done?

Why is the government not issuing clear warnings about how obesity plays a role in who gets sick and how sick people get?

Why are they not doing these simple things, while instead simply reverting to lockdowns over and over again?

The fact is, the politicians are addicted to their newfound power, and they don’t want things to go back to normal.

And that’s why we must have the courage to speak up for common-sense, even when it’s not popular with those in power.

We cannot allow power-obsessed politicians to exploit this moment and reduce our freedoms. We cannot allow this crisis to be used for hidden agendas.

We need to emphasize the importance of good personal health, realize that endless lockdowns cause their own deaths through economic decline which leads to suicide, poverty, and drug abuse, and push back against any politician who tries to gain power over us.